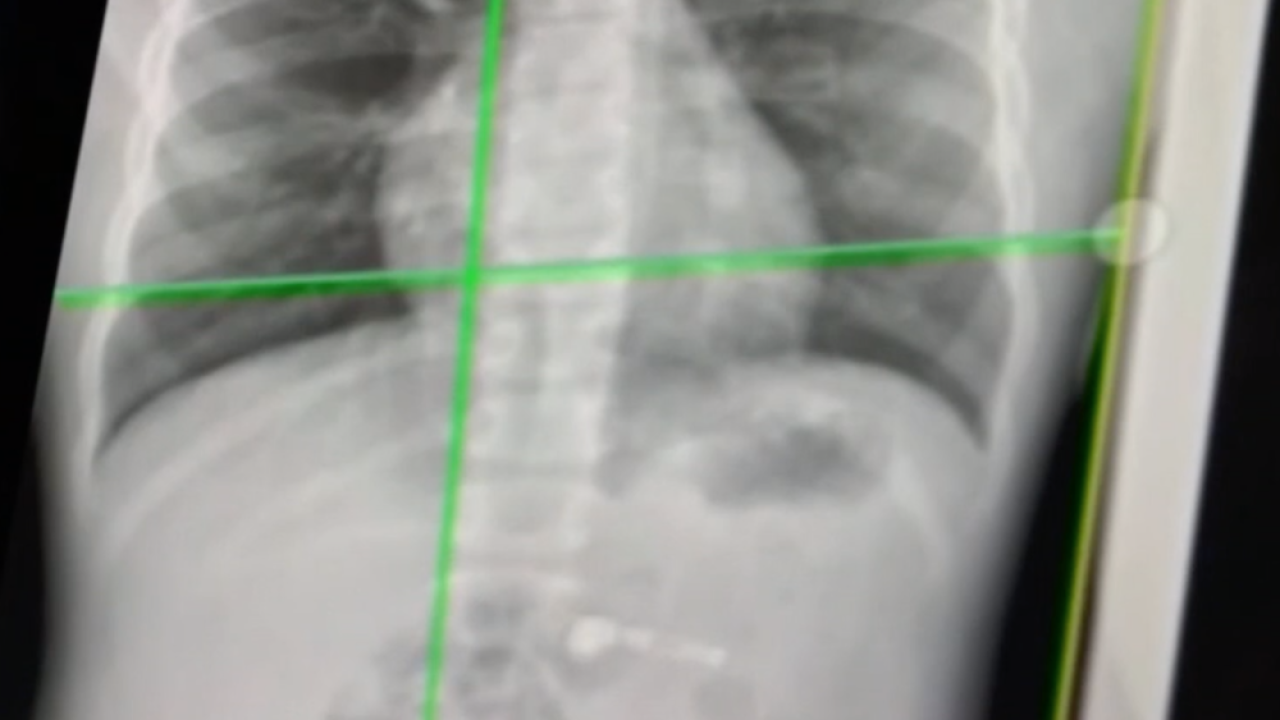 An Atlanta-area 7-year-old was rushed to the hospital late last month after swallowing one of the AirPods he got for Christmas.

WSB-TV in Atlanta reports that on Dec. 27 — just two days after her son received a phone and a new set AirPods for Christmas — Kiara Stroud got a call from her mother telling her she was headed to the emergency room.

Stroud's mother says the boy was holding the wireless headphones in his mouth when he accidentally swallowed the device.

X-rays taken on the boy's chest showed the headphone was still intact inside his body.

There are no reports that the boy suffered an injury or illness after swallowing the AirPod. However, Stroud told WSB-TV that the boy was nervous about being near his phone — she said he didn't want his phone to connect to the headset he swallowed, lest it began playing music inside his body.

Doctors didn't take any action and recommended that the boy pass the AirPod naturally.

It wouldn't be the first time someone successfully passed an AirPod. Fox News reports that a man in Taiwan accidentally swallowed an AirPod in 2019 — and the headset still had battery life and was functioning after he passed it.