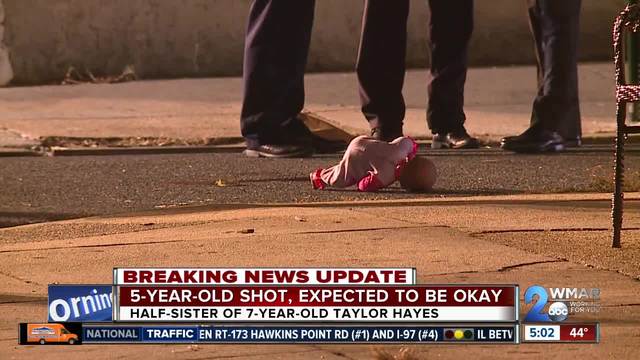 Baltimore Police are investigating the shooting of a 5-year-old girl on the 1000 block of McKean Street in West Baltimore on Monday evening. 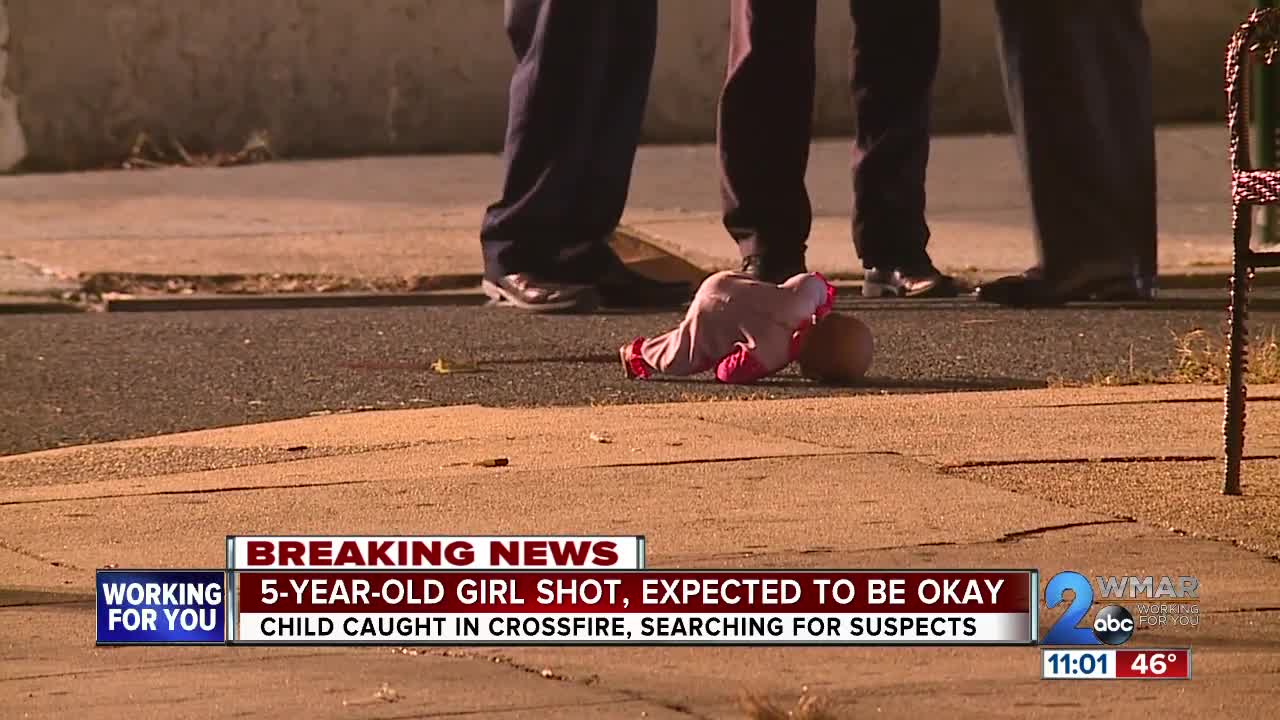 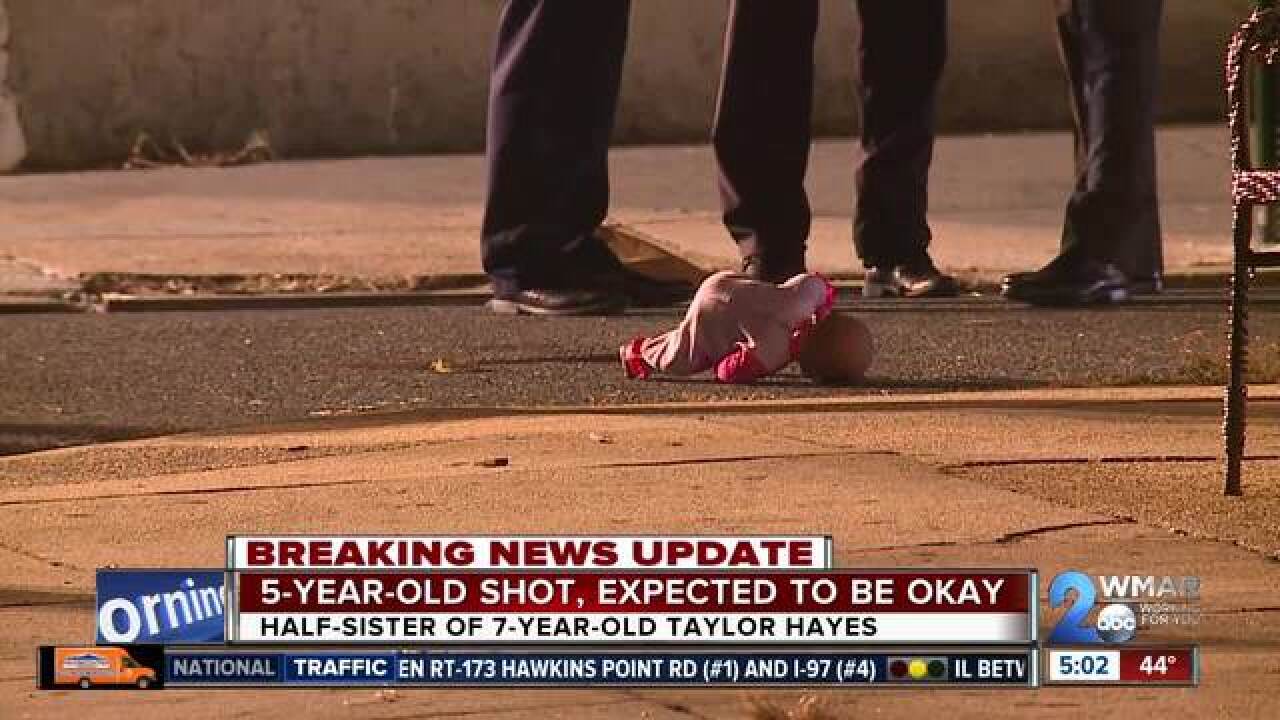 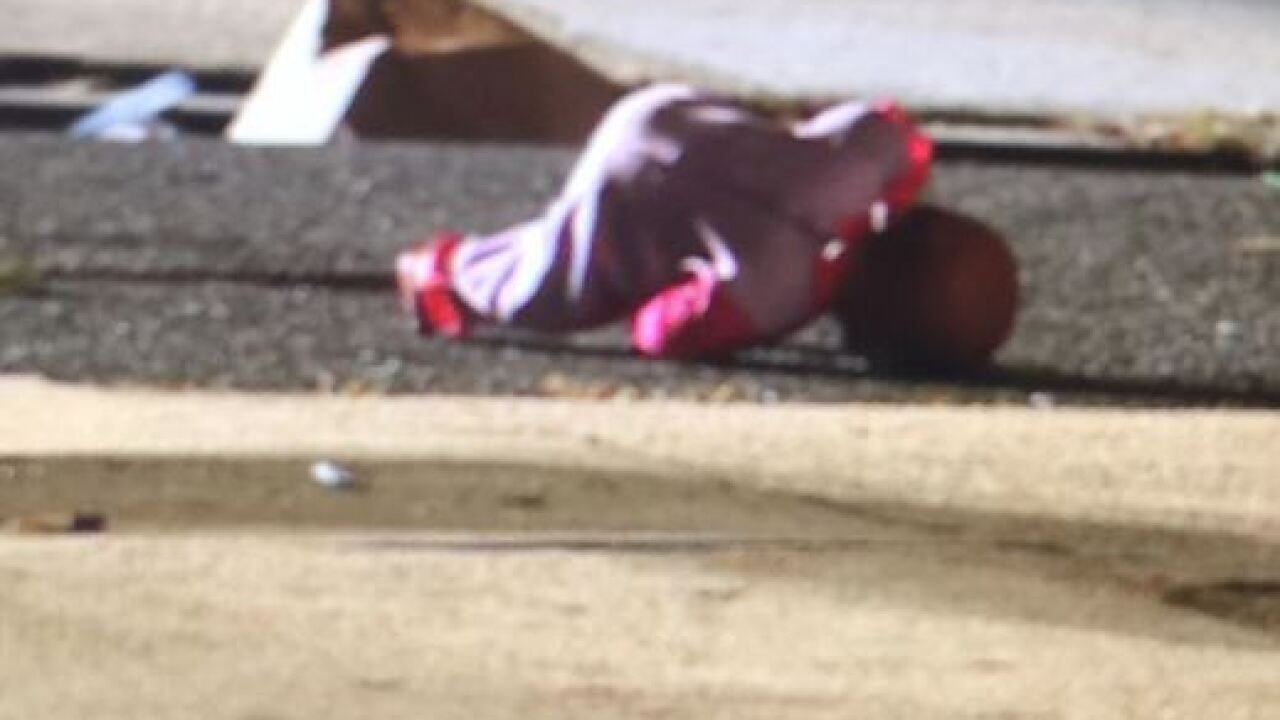 BALTIMORE, Md. — Baltimore Police are investigating the shooting of a 5-year-old girl on the 1000 block of McKean Street in West Baltimore on Monday evening.

According to an official with the mayor's office, the 5-year-old girl is the younger sister of 7-year-old Taylor Hayes who was shot in the backseat of a car in July and was pronounced dead two weeks later.

Officers were called to an area hospital for a report of the 5-year-old walk-in shooting victim who was transported to the hospital with a gunshot wound to her groin.

Investigators say that residents in the area of the 1000 block of McKean Street heard several gunshots when someone looked outside and saw the girl laying on the sidewalk suffering from her gunshot wound.

A person then picked up the girl from the sidewalk and drove her to an area hospital.

The young girl was immediately rushed into surgery and is expected to survive.

Officials believe that the girl was caught in the middle of a shootout involving suspects in an unknown car and suspects on foot.