5 tips to be the 'very best' in Pokemon Go 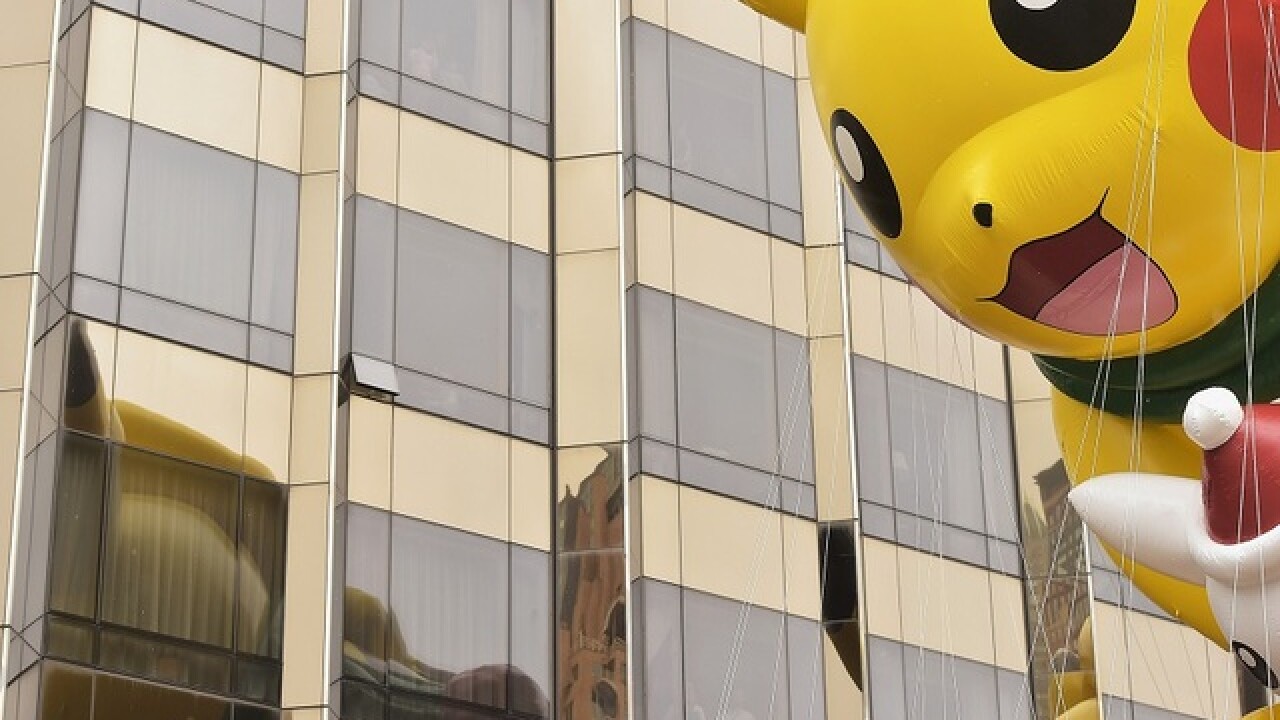 Michael Loccisano
<p>NEW YORK, NY - NOVEMBER 27: The Pokemon balloon passes by during the 88th annual Macy's Thanksgiving Day Parade on November 27, 2014 in New York City. Over 8,000 people took part in the parade and it is estimated that over three million people were in attendance. (Photo by Michael Loccisano/Getty Images)</p>

By: Mina Abgoon
Posted at 1:37 AM, Jul 11, 2016
Can’t get enough of Pokemon?
You and the rest of the world. But why has it suddenly blown up again?
Pokemon took a pause, for the most part, following a few years of huge popularity after its late ‘90s launch. It started on the handheld Gameboy before rapidly expanding into a card game. Then came a television series and even movies.
We took a pretty lengthy break from the Pokemon madness, but over the weekend, Pokemon Go arrived – and we can’t stop hearing about the popular phone app.
In Pokemon Go, users create and customize a digital avatar. Then, as the user moves around in the real world, so does their avatar. Users search for Pokemon to catch on a map similar to Google Maps, for example, allowing them to "catch" Pokemon in the very world we live in.
Chances are you’ve already started feeling the game out. To help you in your quest to be the very best, below are five tips:
1. Have a phone charger handy – It’s no secret to those who have been playing the past few days: Pokemon Go sucks up your battery – and fast. Since your screen is lit up all the time, a charger is needed on hand unless you want your phone shutting off right as you’re approaching that Pikachu.
2. Pay attention to where other players are crowding – According to IGN, Pokemon generally tend to spawn in the same spots for all users; if you notice a crowd of eager Trainers, you’ve probably hit the jackpot.
3. Dress comfortably – If you’re planning a lengthy Pokemon hunting adventure, you’ll be doing tons of walking; think of it as your workout for the day, and treat it as such. That means wear weather-appropriate clothing and comfortable shoes, because once you start moving, it’s hard to stop with this addictive game.
4. Use Eggs to up your Pokemon count – Using Pokeballs, you can capture eggs to birth your own Pokemon. Put your egg inside the incubator, and at that point, all you need to do is walk to complete the process.
5. Use Incense and Lure Modules – These draw Pokemon closer to you and are great ways to make plenty of catches in a short amount of time. A benefit of using Lure Modules: These will help out any other player at that particular Pokestop for up to half an hour.
Copyright 2016 Scripps Media, Inc. All rights reserved. This material may not be published, broadcast, rewritten, or redistributed.