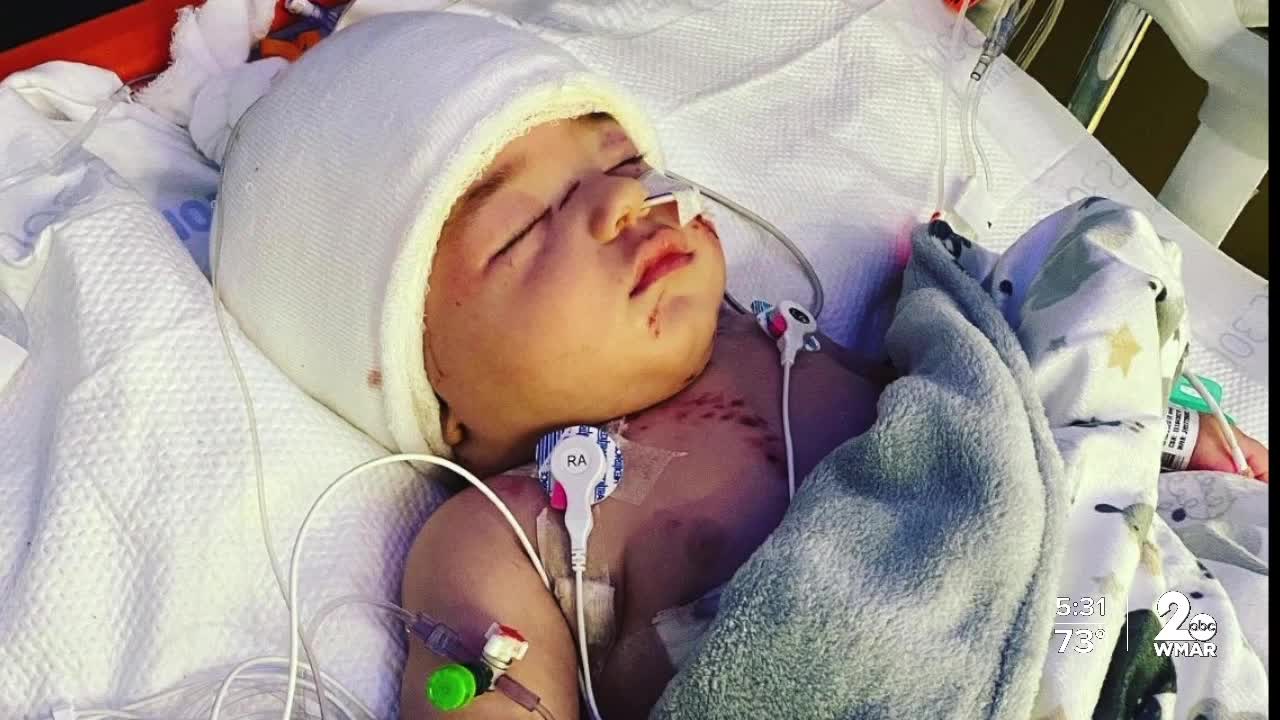 Pictured in an intensive care unit at Johns Hopkins, Garrison Bailey Borkoski, who at just five-months-old has already endured the kind of attack, which some full-grown adults have not. 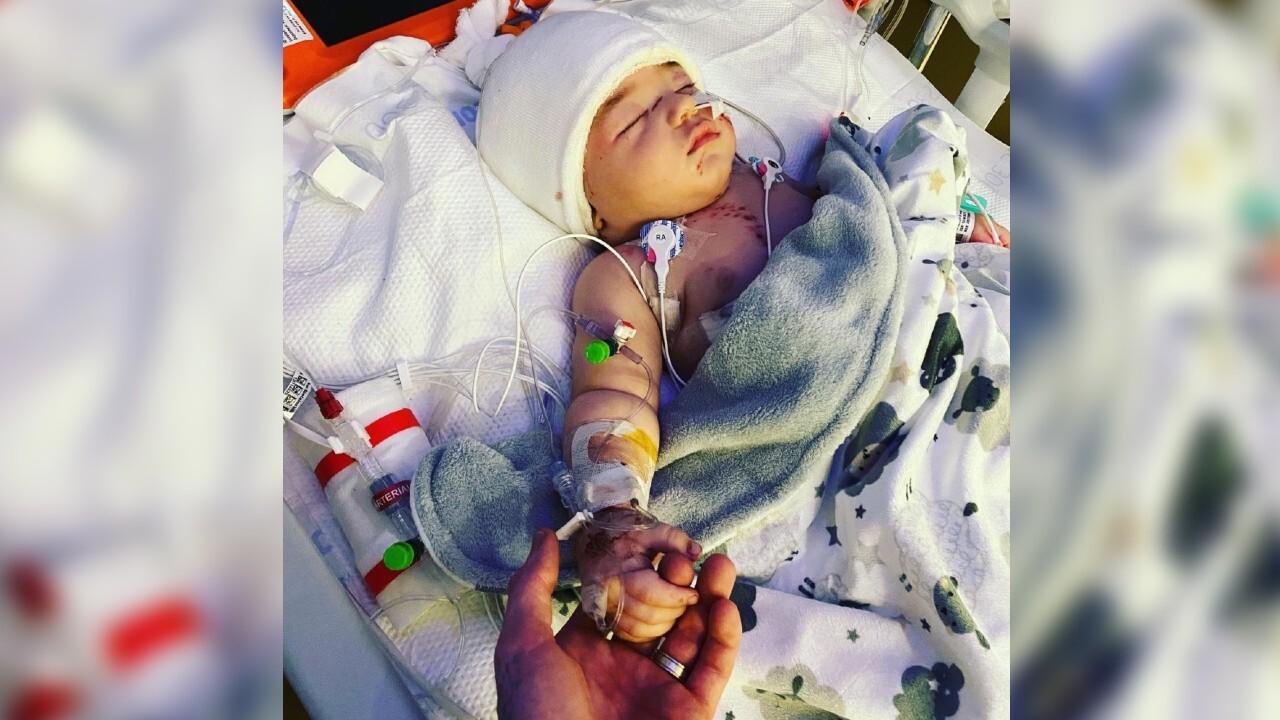 RANDALLSTOWN, Md. -- A 5-month-old boy was sent to an intensive care unit at The John Hopkins Hospital after enduring the kind of attack that many grown adults have not.

The attack on Garrison Bailey Borkoski happened just after 1 a.m. Saturday as he and his mother slept in a house on Chapman Road in Randallstown, Maryland.

“That adult, at some point and time, got up and went to the bathroom and that’s when the 5-month-old was bitten by a dog in the house, a pit bull,” said Det. Robert Reason of the Baltimore County Police Department. “There were actually several pit bulls in the home at the time this occurred.”

There were four pit bulls in the home, which the owner would later tell police have no cages and typically have their roam of the interior of the house.

Both mother and child had only moved in a week or two earlier.

In the aftermath of the attack, paramedics found the baby covered in blood and motionless, but still breathing.

It was later determined that Garrison had suffered a large laceration to the top of his head and lacerations to his neck, as well as puncture wounds to the rest of his body, but miraculously, just fours days after the attack, doctors released him from the hospital.

“Right now, fortunately, the 5-month-old is home and recovering and doing well, so we’re very, very happy about that,” said Reason.

According to the Baltimore County Department of Health, the owners surrendered the four pit bulls, allowing them to be euthanized, but it was later determined only two of the dogs had actually attacked the child.

The other two were returned to the owners.

This story was originally published by Jeff Hager at WMAR.