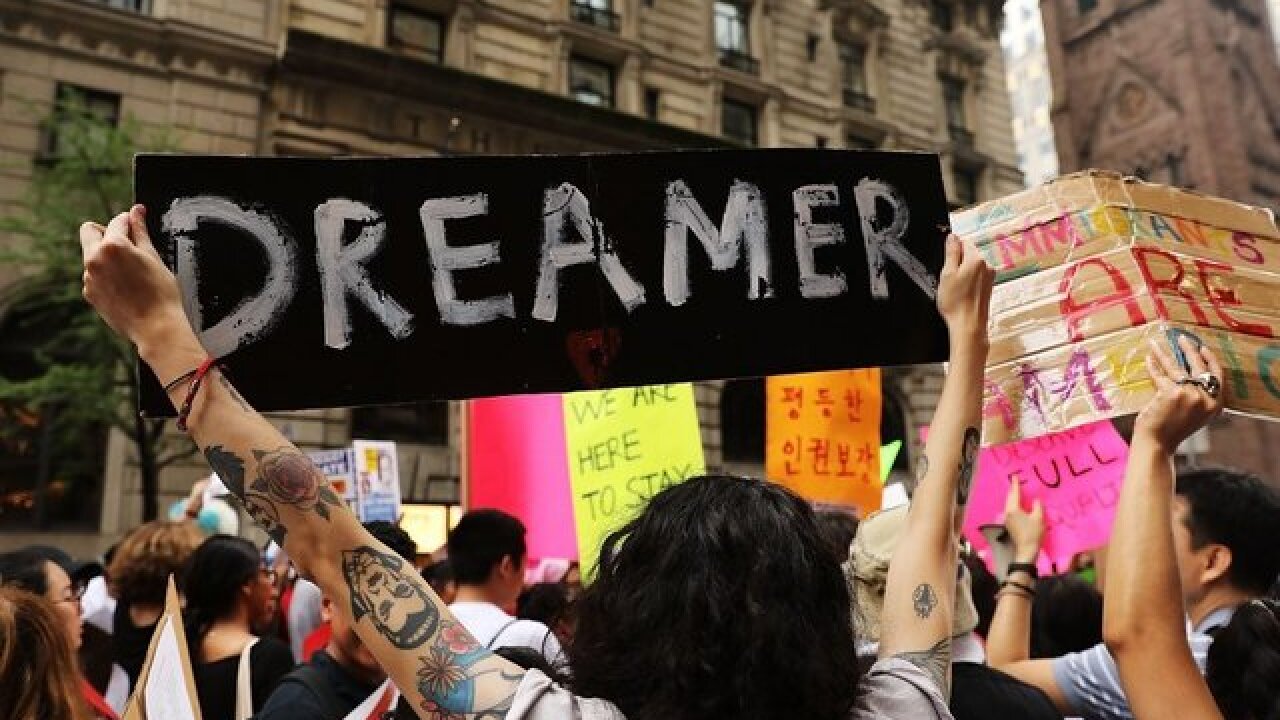 The decision to end DACA has triggered a political firestorm and prompted protests around the country.

Since President Barack Obama put it into place in 2012, the Deferred Action for Childhood Arrivals program, or DACA, has shielded 800,000 people who were illegally brought to the United States as children from deportation -- but not without its fair share of controversy.

First, some critics slammed it as unconstitutional, and more recently, a group of states threatened to file a court challenge to the program.

And even though the Trump administration announced Tuesday it's ending the program, the debate is far from over.

Now Congress has six months to decide whether it wants to pass a measure that would continue protections for this group of immigrants, who are commonly known as Dreamers.

Here are five myths about DACA and Dreamers, and why they're wrong:

Myth 1: It's a pathway to citizenship

DACA gives beneficiaries a temporary reprieve from deportation, allowing them to stay lawfully in the country, granting them work permits and allowing them to obtain driver's licenses. And it stops there.

The program is not amnesty, nor is it a path to become a US citizen or a legal permanent resident. Dreamers are able to reside legally in the United States for two years and then apply for renewal.

"This is not amnesty. This is not immunity. This is not a path to citizenship. It's not a permanent fix," Obama said when he announced the program five years ago. "This is a temporary stopgap measure."

The program's temporary nature was also something Trump administration officials noted when they announced an end to DACA.

"DACA was never more than parole -- a bureaucratic delay -- that never promised the rights of citizenship or legal status in this country," acting Homeland Security Secretary Elaine Duke said in an internal email sent to all Department of Homeland Security staff.

"And for that reason, DACA was fundamentally a lie that left recipients in two-year cycles of uncertainty."

DACA recipients have paid about $2 billion in state and local taxes, the Institute on Taxation and Economic Policy estimates.

Belen Sisa, a political science student at Arizona State University, drew widespread attention in March after she posted a photo of her holding up her tax returns.

"MYTH BUSTER: I, an undocumented immigrant, just filed my taxes and PAID $300 to the state of Arizona," Sisa wrote.

She also had a message for President Donald Trump, "Wanna tell me again how I should be deported, contribute nothing and only leech off this country while the 1% wealthiest people in this country steal from you everyday?"

Myth 3: They get Medicaid and Obamacare

Some types of immigrants living in the United States have health insurance through the Affordable Care Act, but under DACA, Dreamers are not eligible. DACA grantees cannot get Medicaid, either.

But asylum seekers, refugees and people with temporary work visas are among the various groups of "noncitizens" who are allowed to get premium tax credits and lower copayments, according to the federal marketplace website.

However, some states such as California and New York have created separate state-funded programs.

The only other ways for Dreamers to get health insurance is by receiving it from an employer, being a spouse's dependent, going to a community clinic or purchasing it on their own outside the exchange, paying the entire premium.

Myth 4: They are going to college for free

It depends. DACA opened the doorway for undocumented immigrants to enroll in college, pay in-state tuition and, in some cases, gain access to financial aid packages.

While DACA students are not eligible for federal financial aid, some states let them pay in-state tuition, and a few offer them state-sponsored aid.

In at least seven states, including Georgia and South Carolina, universities block undocumented students from attending college as residents and from getting financial aid. Some private institutions prefer to enroll them as international students, who in some cases have to pay thousands of dollars more than domestic out-of-state students.

Myth 5: They are stealing jobs from American citizens

There's actually a shortage of qualified workers in the United States, the Federal Reserve said in a survey of businesses across the country released in July.

Critics who argue that DACA takes American jobs point to the 4.4% unemployment rate, noting that unemployed Americans could be employed instead of DACA recipients. They also contend that if employers offered higher wages, Americans would fill those jobs.

Many economists reject those arguments, pointing out that 6 million jobs remain unfilled in the United States, a record high, despite DACA recipients being employed.

Experts say ending protections for DACA recipients would worsen the shortage of workers in the country. More than 75% of the 800,000 people with DACA permits are employed, the National Immigration Law Center said.