Officials say 42 people were charged with disorderly conduct after a protest interrupted a Saturday football game between archrivals Harvard and Yale in New Haven, Connecticut. 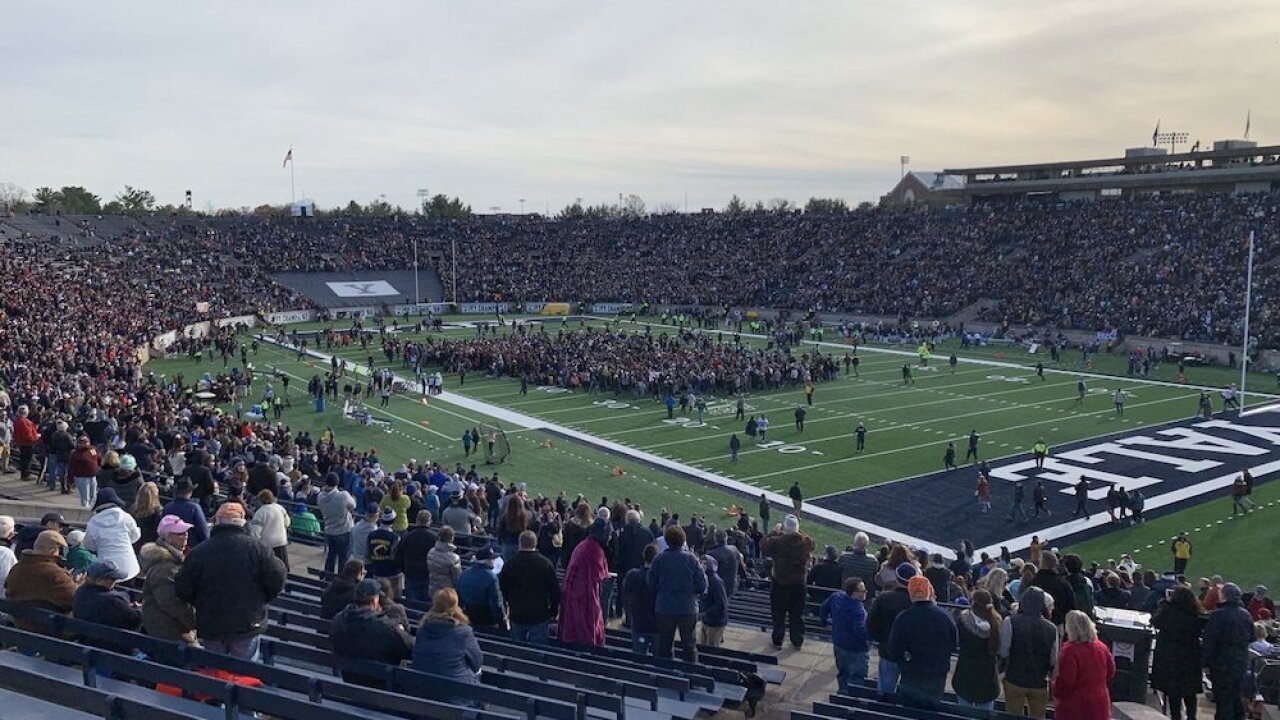 Officials say 42 people were charged with disorderly conduct after a protest interrupted a Saturday football game between archrivals Harvard and Yale in New Haven, Connecticut.

Students and alumni from both schools occupied the midfield of the Yale Bowl during Saturday’s halftime protest. Some held banners urging their colleges to act on climate change. Other signs referred to Puerto Rican debt relief and China’s treatment of Uighurs.

Most protesters walked off after about an hour; those who remained were charged with misdemeanor disorderly conduct. They were issued a court summons and released, according to a statement from Yale University.

Actor Sam Waterston was among those arrested, according to the Connecticut Post. The actor known for his roles in TV’s “Law & Order” is a graduate of Yale.

Organizers of the protest had initially estimated that 20 to 30 protesters were arrested.

Rachel Sadoff, a junior at Harvard, said about 150 students from the two universities had planned to participate and about 100 more who were sitting in the stands joined in. She said organizers considered the protest a success.

“Our goal was to spread the word,” Sadoff said. “If more people speak up, our colleges will have to listen.”

Yale officials said in a statement handed to reporters in the press box during the fourth quarter that the school “stands firmly for the right to free expression.”

“It is regrettable,” a statement attributed to the Ivy League said, “that the orchestrated protest came during a time when fellow students were participating in a collegiate career-defining contest and an annual tradition when thousands gather from around the world to enjoy and celebrate the storied traditions of both football programs and universities.”

After the game resumed, Yale went on to beat Harvard 50-43, clinching the Ivy League championship.

Saturday’s matchup was the 136th edition of the football rivalry between the two schools.