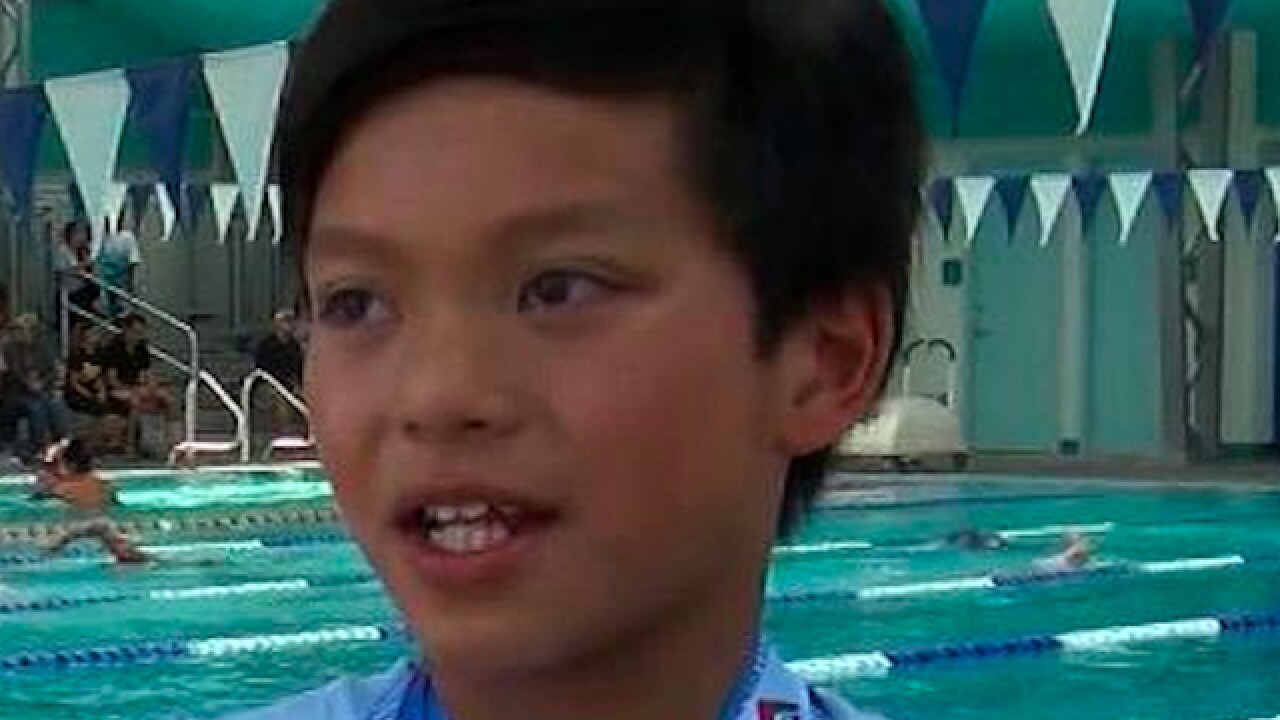 It's not very often that Michael Phelps gets knocked off the record board. But a 10-year-old swimming phenom with a superhero name has done just that.

His name is Clark Kent Apuada. And of course, they call him "Superman."

Over the weekend, Clark, who swims for the Monterey County Aquatic Team, competed at the Far West International Championship in California, where he won the 100-meter butterfly in 1:09:38.

That's more than a second better than the 100-meter butterfly record that Phelps set at the championship in 1995.

It had gone unbroken, while Phelps went on to win 28 Olympic medals.

Even more impressive, Clark has only been swimming competitively for four years.

"This kid is unlike any other young man that I've ever coached," Clark's coach Dia Riana told CNN. "He's always stood out, he's just, he's kind of a savant of sorts."

"He does piano lessons, he does martial arts, and at school, if there's a computer class, coding, or STEM programs he's always joining," his father, Chris Apuada, said.

Clark said the load doesn't get too heavy.

"I deal with it really well, I just have to balance," he told CNN.

To others trying to discover their own powers, Clark said he believes it's a matter of determination.

"Dream big," he said, "and always focus on your dreams and have fun."