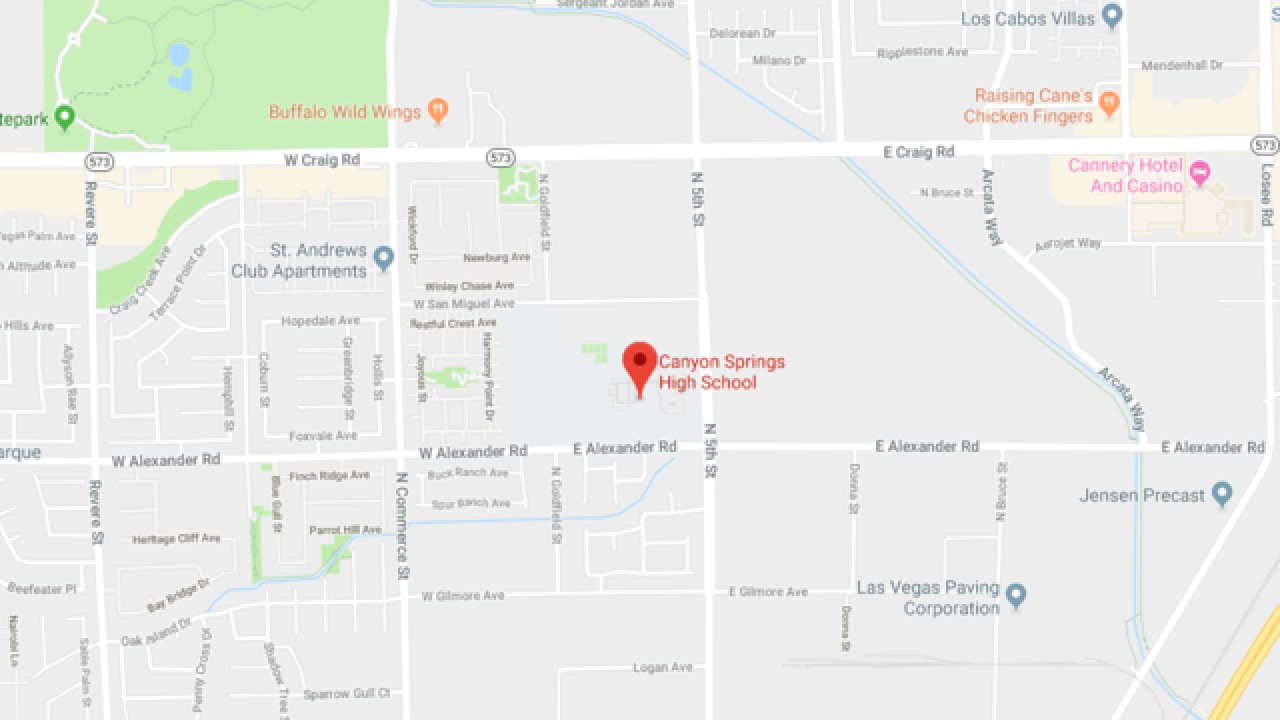 An 18-year-old man has died in a shooting on the Canyon Springs High School campus in North Las Vegas, Nevada Tuesday afternoon.

North Las Vegas police said the shooting happened around 2:40 p.m. on the northwest corner of campus near the baseball field. The teen who was shot was transported to University Medical Center where he later died. It is unclear whether he was a student although police initially reported that he was.

Police: Victim was 18 years old. Shooting was on school property. Victim was shot but police will not release how many shots were potentially fired at this time. @KTNV

Police said the shooting appears to be a targeted incident, not random. Police initially received a report of an active shooter. Police searched classrooms to make sure there were no others wounded.

#BREAKING Police: we had lots of officers on scene when they feared there was an active threat. Police do not think this was a random act. They believe this was targeted. @KTNV

The school, located near Alexander Road and North 5th Street, is on lockdown. Classes had already let out for the day but about 500 students were still on campus for a magnet program.

SHOOTING UPDATE @NLVPD says 500 students were inside the school for after school activities when shooting happened. Getting ready to release them @KTNV pic.twitter.com/3r6ScMFtFl

No suspects have been detained.