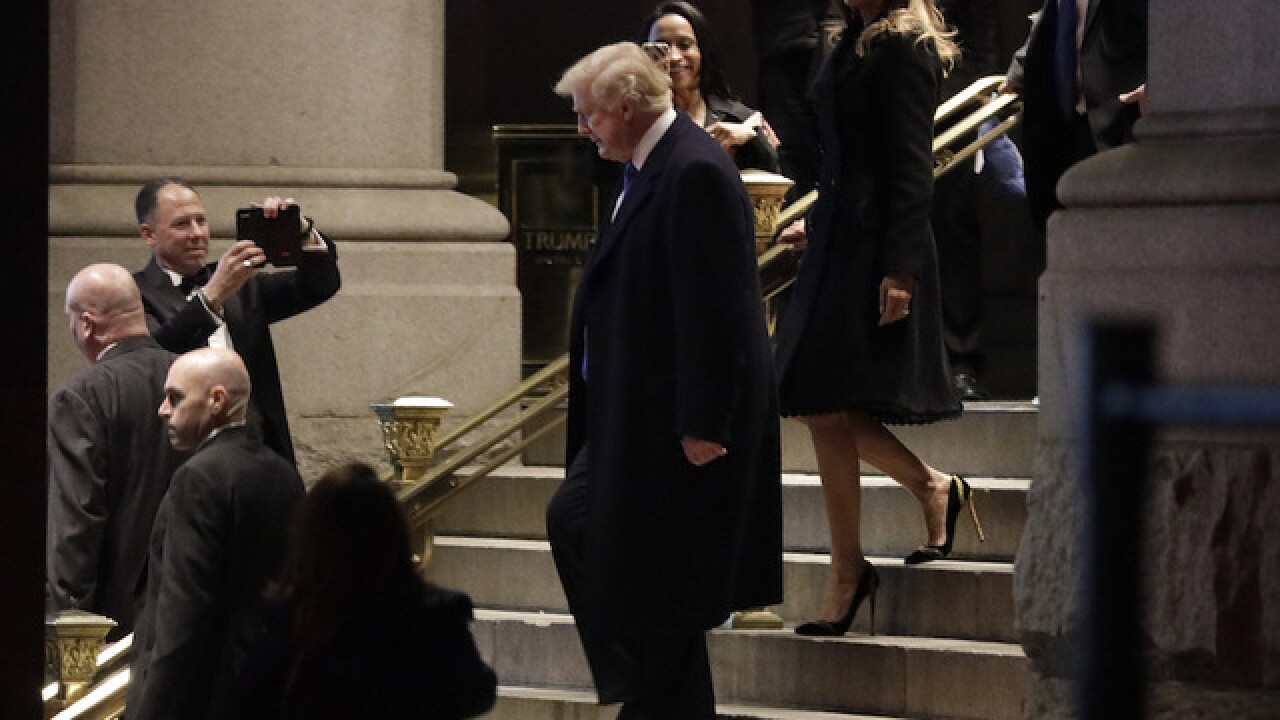 President Donald Trump said Monday he will make a decision as early as this evening on the US response to what he called an "atrocious" chemical weapons attack on civilians in Syria and warned that he will hold the responsible parties accountable.

"We cannot allow atrocities like that. Cannot allow it," Trump told reporters on Monday during a Cabinet meeting as he warned that "nothing's off the table." "If it's Russia, if it's Syria, if it's Iran, if it's all of them together, we'll figure it out and we'll know the answers quite soon"

"He may. And if he does, it's gonna be very tough. Very tough," Trump said of the US response. "Everybody's gonna pay a price. He will and everybody will."

The Syrian government and Russia have vehemently denied involvement in the attack and accused rebels in Douma of fabricating the chemical attack claims in order to hinder the army's advances and provoke international military intervention.

Russian Foreign Minister Sergey Lavrov said Monday that his country had sent experts to Douma and that there was "no trace" of the use of chemical weapons there.

Trump's comments are his first public remarks on the attack, which killed dozens of civilians, since he tweeted about it on Sunday and warned of a "big price to pay" for those responsible. His statement comes almost exactly a year after he fired 59 Tomahawk missiles at a Syrian airbase in response to a chemical weapons attack against civilians.

Trump said the US is still working to determine who is directly responsible for the attack, which was widely publicized in recent days after graphic on the ground footage of victims was shown around the world. Trump said his decision could come as early as the end of Monday or within the next 48 hours.

"I'd like to begin by condemning the heinous attack on innocent Syrians with banned chemical weapons," Trump said. "It was an atrocious attack, it was horrible. You don't see things like that as bad as the news is around the world, you just don't see those images."

Trump expressed frustration at investigators not being able to get immediate answers about who was behind the attack and said the US is working "to get people in there."

The attack comes about a week after Trump told military leaders to draw up plans to prepare a withdrawal of the remaining US troops from Syria. Pressed Monday on whether those plans still stand, Trump simply told reporters: "We're gonna make a decision on all of that, in particular Syria, we'll be making that decision very quickly, probably by the end of today."