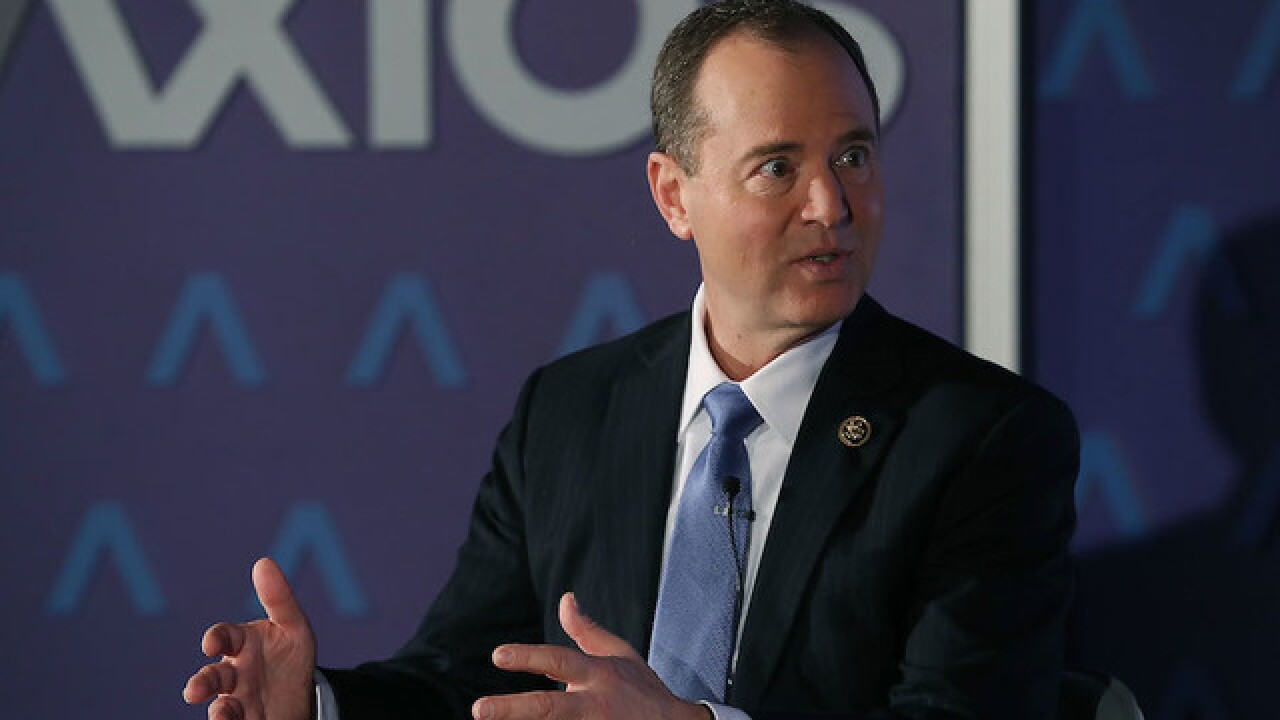 "Little Adam Schiff, who is desperate to run for higher office, is one of the biggest liars and leakers in Washington, right up there with Comey, Warner, Brennan and Clapper! Adam leaves closed committee hearings to illegally leak confidential information. Must be stopped!" Trump tweeted .

"Mr. President, I see you've had a busy morning of 'Executive Time.' Instead of tweeting false smears, the American people would appreciate it if you turned off the TV and helped solve the funding crisis, protected Dreamers or...really anything else," the California Democrat tweeted .

A source with direct knowledge of the matter said Democrats plan to offer a motion at a Monday business meeting to release their memo. If approved, the matter would be sent to Trump, who would have five days to object to its release.

At last week's meeting, Republicans blocked a Democratic attempt to release their memo at the same time as the memo spearheaded by Chairman Devin Nunes of California, with Republicans saying they had just been presented with a copy of the Democrats' document.

Republicans have since said they'd vote to release the Democratic memo, drafted by Schiff, a sign that the committee is likely to approve its release.