State of the Union: Immigration tops the list of issues for Trump's speech 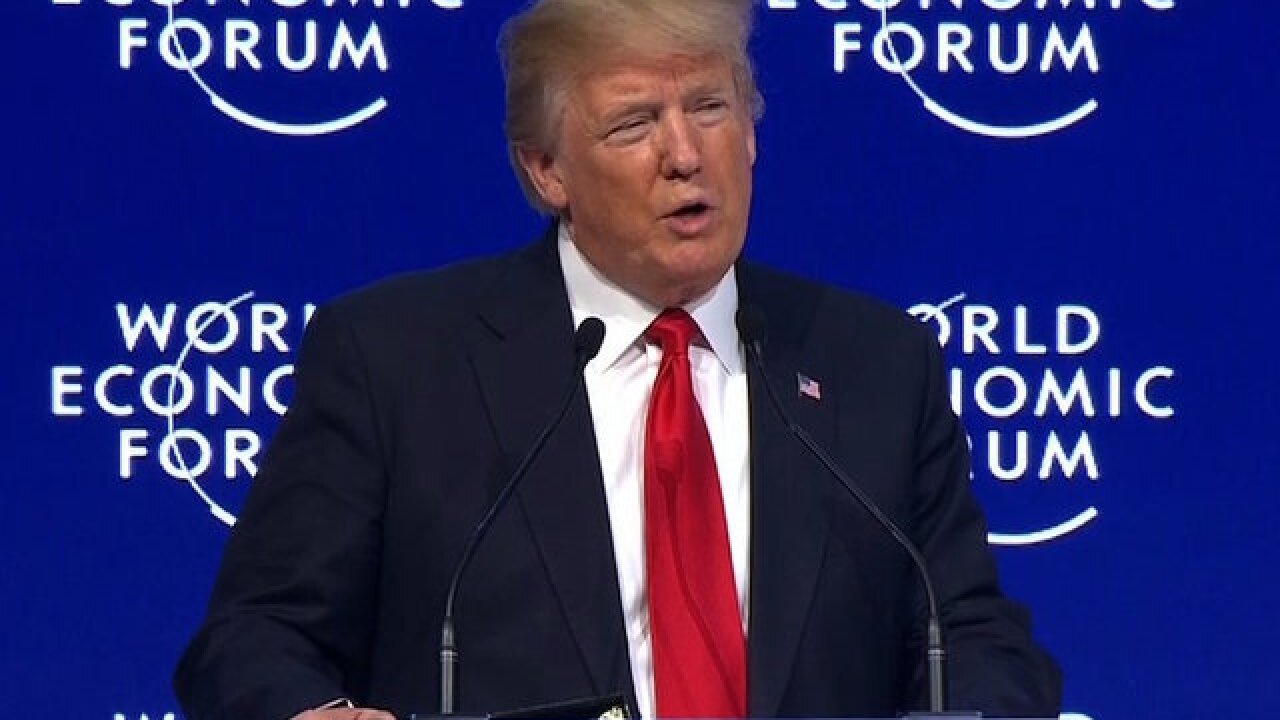 President Donald Trump will pitch his controversial immigration plan during his first State of the Union address on Tuesday night, a senior administration official tells CNN, hoping to use the unfiltered, high-profile speech to convince skeptical members of both parties that the proposal the White House rolled out Thursday is a compromise worthy of their support.

Trump told reporters on Monday that he and his team have "worked on it hard" and that the speech will cover "a lot of territory including our great success with the markets and the tax cut."

"It's a big speech, an important speech," Trump said, adding that he will focus on immigration during the prime-time remarks.

The administration official said that Trump, looking for bipartisan cooperation on immigration, would "certainly" address the framework in his speech. The plan -- which proposes giving 1.8 million undocumented immigrants a pathway to citizenship in exchange for $25 billion for his long-promised border wall and a host of strict immigration reforms -- has been met with fervent opposition from Democrats and Republicans alike.

"It is a fair expectation that he is going to talk about the framework that was released yesterday in some fashion," the official said Friday.

The speech, according to the senior administration official, is going to be a balance between Trump touting his first year as President -- namely, the growing economy and the tax reform package that Republicans in Congress passed late last month -- with his hopes of inking an immigration and infrastructure deal in 2018.

"You can expect the President will be speaking from the heart. It will be a speech that resonates with our American values and unites us with patriotism and also unites us with the greatly expanded opportunities that is lifting up all Americans," the official said, adding that the theme of the address will be "building a safe, strong and proud America."

The official declined to get into who has been working on the speech but said it has gone through the staff secretary process, where different aspects of the administration are able to look at and edit the parts of the speech that matter to them. They added that the speech has been in the works for "many weeks" now.

"The President is going to talk about his trillion-dollar plan for rebuilding our depleted infrastructure and how we are going to do it right and fast," the official said.

Trump's administration has long promised an infrastructure proposal, but the rollout has perennially been delayed. According to White House officials, Trump will propose spending at least $200 billion on infrastructure projects over the next 10 years, with the hope of spurring an additional $800 billion in state and local funding.

The official demurred when asked if the speech will get into specifics on infrastructure, adding that "accompanying materials to flesh out various aspects of the speech" will be sent afterward.

The infrastructure plan will be part of Trump's speech that seeks bipartisan cooperation, the official said, adding that "to Congress the tone will be one of bipartisanship and it will be very forward looking."

Trump's remarks will also address two topics he frequently discusses: fair and reciprocal trade, and ensuring America's safety by "returning to clarity about our friends and adversaries," the official said.

The President's first speech to Congress -- a joint address last February 28 -- was a high point in his nascent presidency, one where pundits and political watchers heralded his tone and outreach to Americans. Since then, though, the tone of Trump's speeches has waned, with a year full of squabbles and backbiting.

The official said while Trump's 2017 speech was "optimistic," Tuesday's address will look to be more "unifying."

"Of course, it's the State of the Union speech, it's not the state of the Republican Party, or the state of my base," the official said. "So like last year, he will speak in that vein to the country."

As with other State of the Union addresses, Trump's speech will look to put a face on the issues it addresses by inviting certain people to attend the remarks along with first lady Melania Trump. In particular, the President will invite someone affected by the opioid crisis.

"This will come up in the State of the Union, and one of the gallery guests will be reflecting of drug addiction and the opioid crisis," the official said.

The official declined to get into whether Trump will follow up the speech with travel to amplify his message, something past presidents have done.