How Trump's trade policy could hit your bar tab 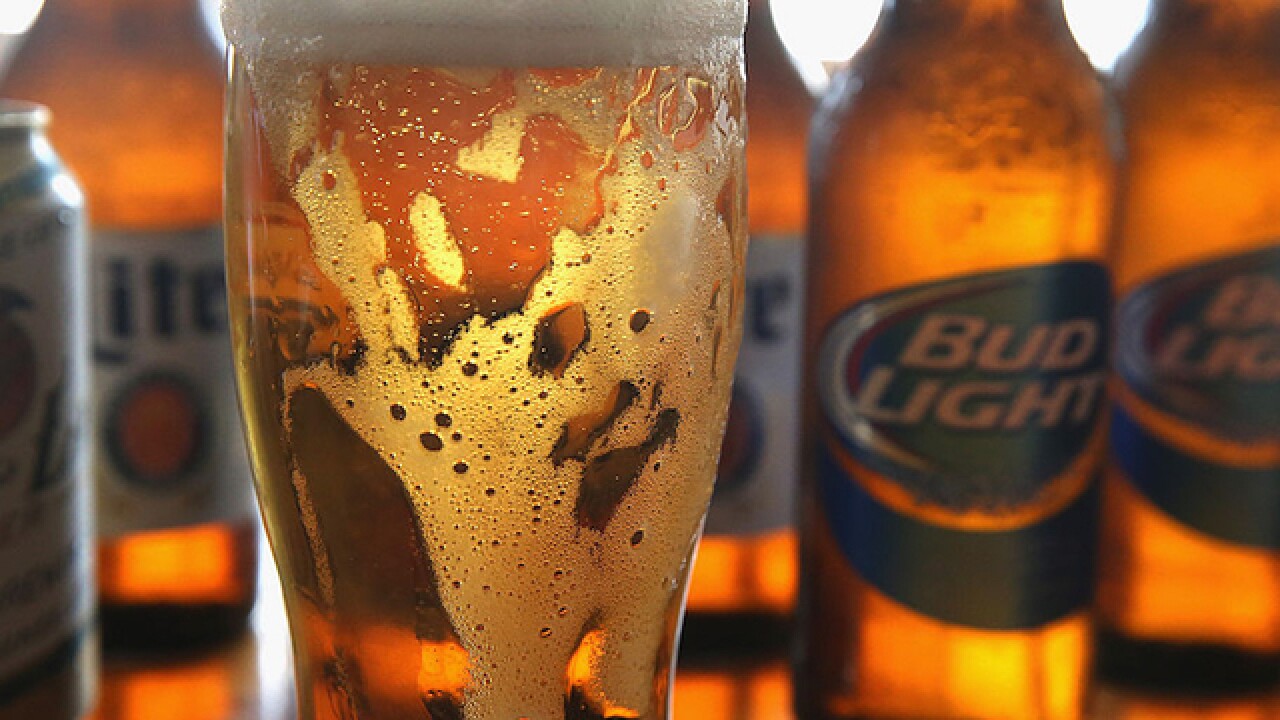 The Trump administration is currently considering administrative action to make American steel and aluminum production -- two industries that have long suffered in the face of foreign competition -- more robust, including possible tariffs, taxes or restrictions on imported products, according to Trump administration officials and industry sources.

Those moves could lead foreign markets to retaliate against American products and European officials have already signaled that they would take swift action -- possibly against bourbon -- if tariffs are imposed on European steel. Furthermore, there are concerns within the brewing community that restrictions on importing foreign aluminum -- the basis for the ubiquitous aluminum cans and bottles -- could make beer more expensive.

To stem the possibility of action that could hurt their bottom line, a group of brewers and can producers sent a public letter to Trump asking him to exempt certain aluminum products from his possible action. The letter was signed by Ronald den Elzen, President & CEO of Heineken USA, C. James Koch, Chairman of Boston Beer Company and João Castro Neves, President & CEO of Anheuser-Busch.

"We appreciate your commitment to America's security and to assuring a level playing field for American manufacturing," the group wrote. "However, we are concerned that the scope of this investigation will include aluminum that has no national security application, such as rolled can sheet and the primary aluminum which is processed into aluminum food, beverage cans and bottles, lids and closures."

The actions would come because of the Commerce Department's investigations into the national security implications of imported steel and aluminum. The analysis, initially expected in June, is expected to come out soon, industry sources say.

Trump said in May that he will take "major action if necessary" on the steel and aluminum industry based on what the analysis finds.

The actions look to make good on a series of campaign promises he made.

"We are going to put American-produced steel back into the backbone of our country," Trump said during a 2016 campaign rally in Pennsylvania. "This alone will create massive numbers of jobs."

All of this comes as the Trump administration begins renegotiating the North American Free Trade Agreement. The White House announced this month that US Trade Representative Robert Lighthizer will convene the first round of talks to renegotiate NAFTA next month.

Both the bourbon and beer industries are already publicly worried about the impending moves and have signaled to their members that most changes made by the Trump administration could adversely impact their production and profits.

Trade wars can lead to unpredictable collateral damage. While steel and bourbon have little in common -- one is a commodity, the other a uniquely American beverage -- trade negotiators know how to pull the levers of government by targeting small, but symbolically significant, industries.

Enter bourbon, 95% of which is produced in Kentucky, which has found a sizable market in the European Union. According to the Distilled Spirits Council of the United States, a trade association that remains concerned about possible punitive tariff on bourbon, the liquor makes up 20% of all spirit exports to the European Union.

"US and EU spirits exporters have enjoyed duty-free access to each other's markets for more than two decades, which has greatly benefited both spirits producers and consumers and resulted in increased exports, jobs and consumer choice," the Distilled Spirits Council said in a statement on the possible retaliation. "Any efforts to impose retaliatory tariffs on US spirits exports to the EU will harm consumers, producers and the US and EU spirits sectors."

According to an industry source, who requested anonymity to speak freely, there is widespread concern among bourbon distillers that tariffs could cut off a sizeable market, thereby making it more expensive to produce the spirit. While it is not certain, the source said, it is possible that those costs could be passed on to American consumers.

While bourbon may seem like an unlikely target for European trade negotiators, the products is also politically important. Bourbon is primarily from Kentucky, the home state of Senate Majority Leader Mitch McConnell and some distillers, according to the industry source, see the shot at bourbon as a shot at McConnell.

"We need our congressional delegation to fight to protect one of our state's defining exports," the Courier-Journal, a paper in Kentucky wrote in the face of possible tariffs. "It could be two years before trade sanctions would be imposed. Let's hope it doesn't come to that. As a nation, we can win at creating jobs but not by playing whack-a-mole."

A similar situation played out in 2009 when the United States imposed a 300% tariff on Roquefort cheese, a blue cheese produced primarily in South France, in response to an EU ban on American beef. The tariff was a targeted threat against European lawmakers and, eventually, it worked to get the beef restrictions lightened.

"The Europeans," one source close to the process said, "take a certain glee in crafting retaliation to hurt the places that are seen as advocating for the action."

The beer industry is in a different predicament.

In an effort to spark the American aluminum industry, the Trump administration is considering either a tariff or import restriction on foreign aluminum, according to industry sources, the majority of which comes from Canada and China.

Trump and the Commerce Department, citing the national security implications of relying on aluminum imports, initiated what is called a "Section 232 Investigation" of the aluminum industry earlier this year, initiating the process that could lead to import tariffs.

The concern from brewers, who rely on lower grade aluminum for their beer cans and bottles, is that a blanket tariff or tax on all aluminum imports would inadvertently impact the supply of the low-grade aluminum -- known as can sheet.

According to industry sources, the concern among brewers is that a tariff will make producing lower grade aluminum less attractive, there by raising the price.

"The beer industry is concerned that any proposed trade action on can sheet aluminum could have the unintended consequence of disrupting an industry that contributes $350 billion to the US economy," the Beer Institute, a national trade association representing brewers, said in a statement. "Any proposed trade restrictions would get passed on to the brewer as the customer."

Lobbyists for the beer industry, who declined to speak on the record for fear of annoying the Trump administration, said they have heard concerns directly from brewers, who worry a tariff will leave them with few options.

The key question for brewers is whether "Canada is treated as an integrated partner" when it comes to aluminum.

"There is no more intimate trade relationship" than the relationship between the United States and Canada, one lobbyist said, and brewers hope that will continue.

In response, those lobbyists say the administration has said "we hear you," but "what do we do about the fact that US smelters are not operating at 100% capacity?"

Currently there are five operating aluminum smelters in the United States -- two in Kentucky and one each in South Carolina, New York and Washington. Alcoa announced earlier this year that they plan to restart an Indiana smelter.

Experts say, however, that even with the additional smelter, domestic production will come nowhere near the domestic demand, a fact that has been true since the end of World War II.

And in response to possible tariffs, the Can Manufacturers Institute has urged the Trump administration to try and avoid impacting the beer industry.

"A tariff on aluminum products would put an unfair tax on the can manufacturing industry, putting aluminum cans at a disadvantage with competitive packaging, such as glass and plastic," the group said. "This would ultimately harm US consumers, who would pay more for canned beverage products."

One industry lobbyist who has worked with the Trump administration on possible actions on steel and aluminum joked about how those actions could indirectly impact booze prices.

"President Trump might not drink," the source said, "but his supporters certainly do."