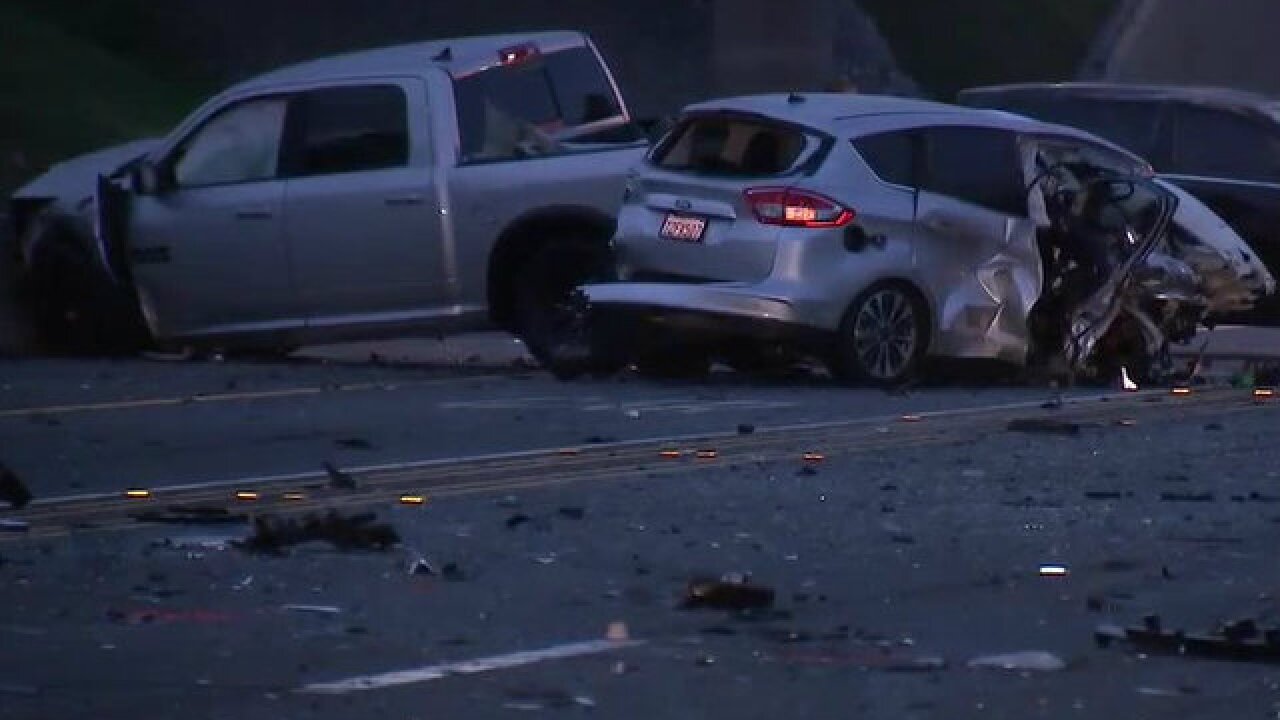 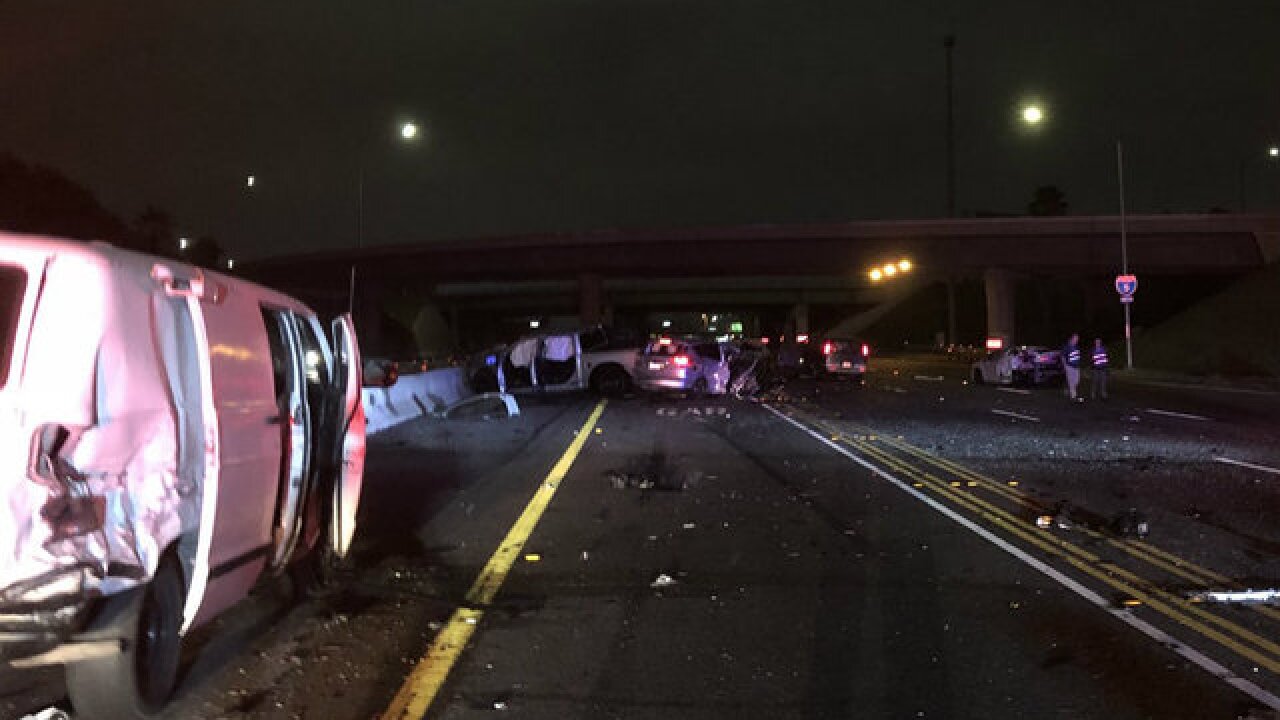 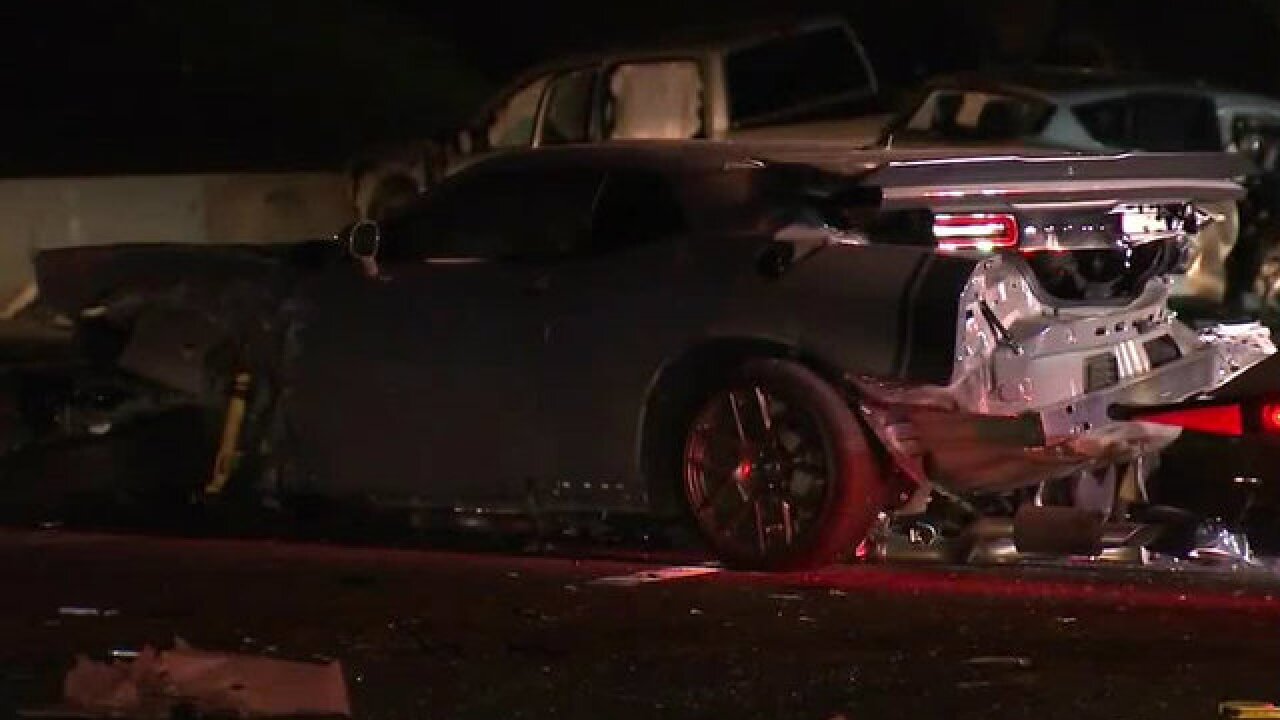 (KGTV) — Authorities have identified the South Bay woman killed in a multi-vehicle pileup on Interstate 5 in Irvine this week.

Maria Osuna, 25, of National City, was killed in the collision involving at least nine vehicles at about 1:25 a.m. on I-5 near Irvine Spectrum Center.

Osuna was the only person killed in the crash, according to California Highway Patrol.

A six-month-old boy, believed to be Osuna's son, also suffered "major to moderate injuries" in the crash. 10News learned that the boy was taken to Mission Viejo hospital.

Two other children from different vehicles were also hospitalized with unknown injuries.

A 22-year-old Nevada man was arrested on suspicion of DUI, according to ABC7 in Los Angeles. Authorities believe he caused the chain-reaction crash.

An Uber driver told ABC7 that his Toyota Prius -- which had no passengers at the time -- was the first to be struck by the suspect’s Dodge Challenger. He said 10 minutes passed before additional vehicles became involved in the pileup.