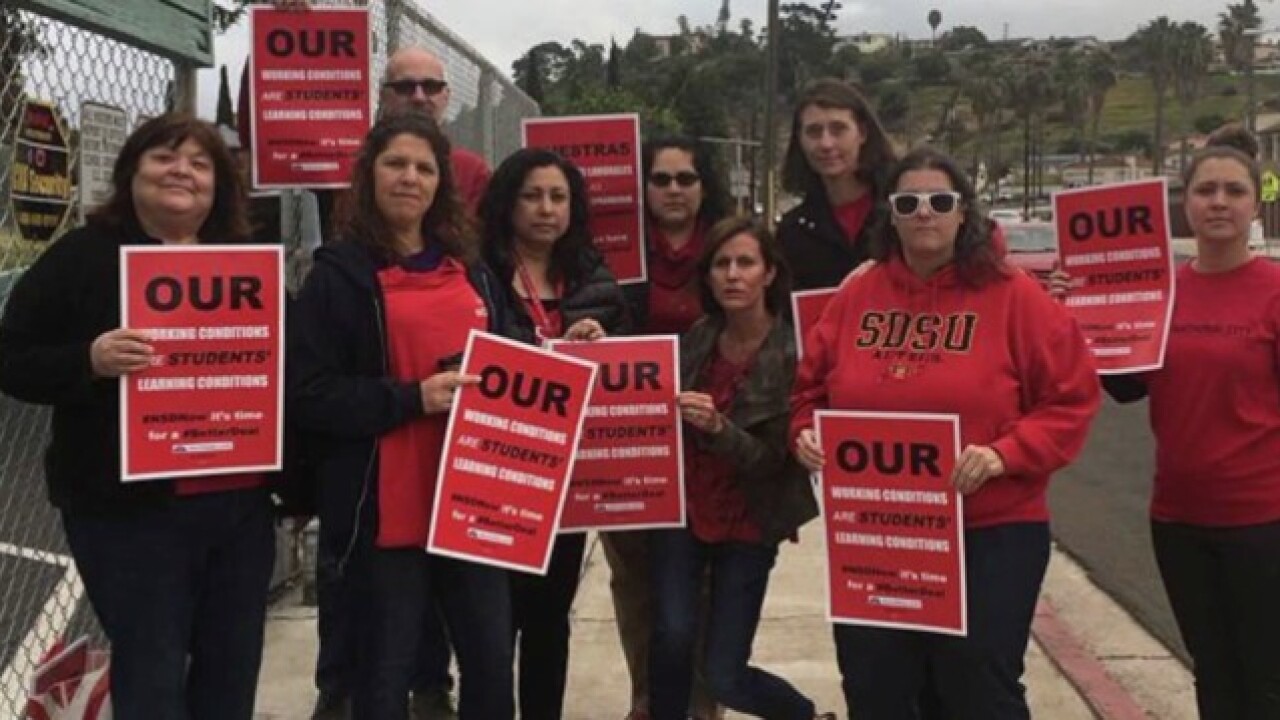 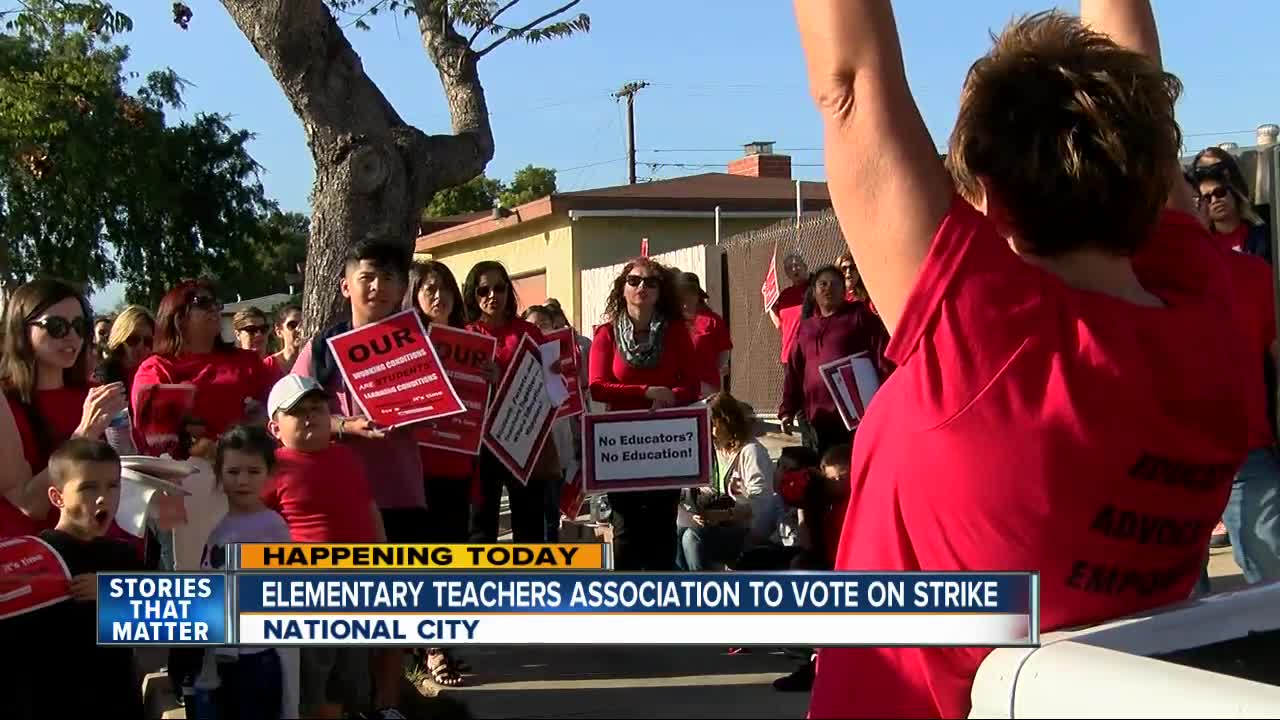 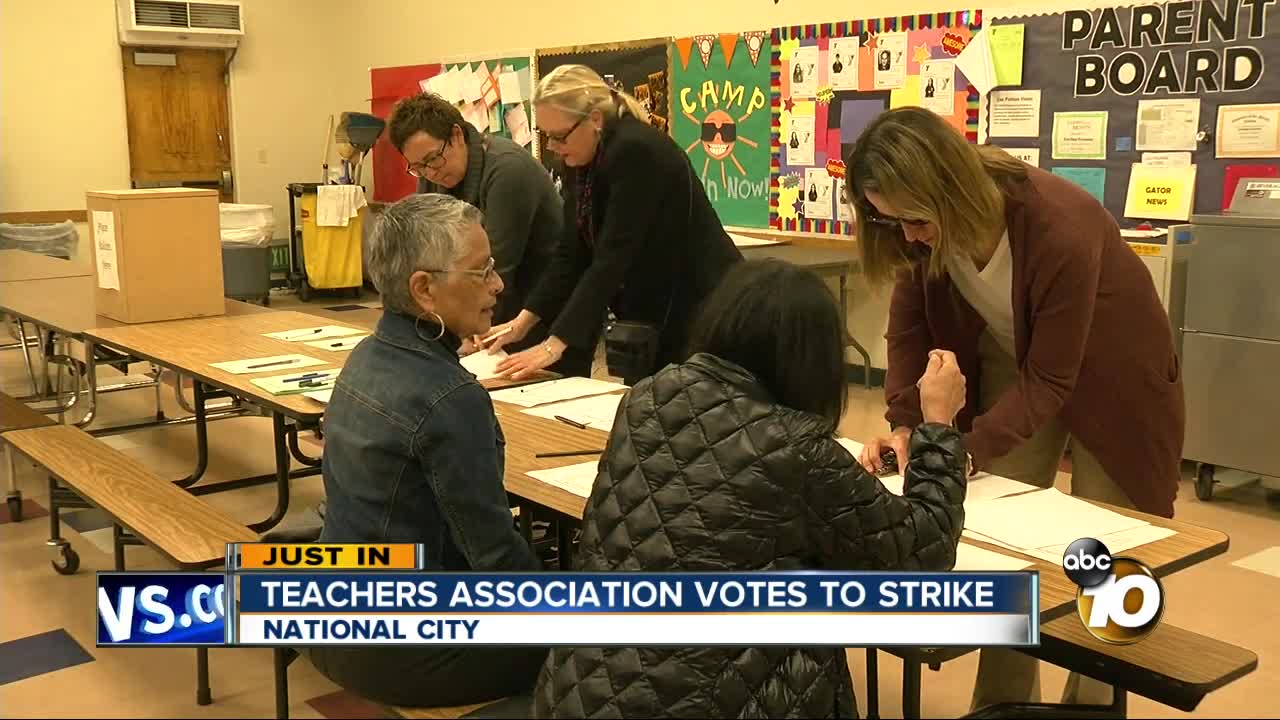 The teachers are frustrated with the way contract negotiations with the National School District for the 2017-2018 school year have gone.

They say the biggest issues of contention are workload and teachers pay.

"The District's behavior has been reprehensible from the very beginning of negotiations. The NSD's bargaining team has not tried to reach a settlement with the teachers for months,” said National City Elementary Teachers Association (NCETA) Bargaining Chair Irma Sanchez.

A spokesperson for the National School District told 10News they are in mediation and cannot comment at this time.

The NCETA will announce the decision at the NSD Governing Board meeting Wednesday.

Although the teachers approved the strike, they say it could be months before anything happens.