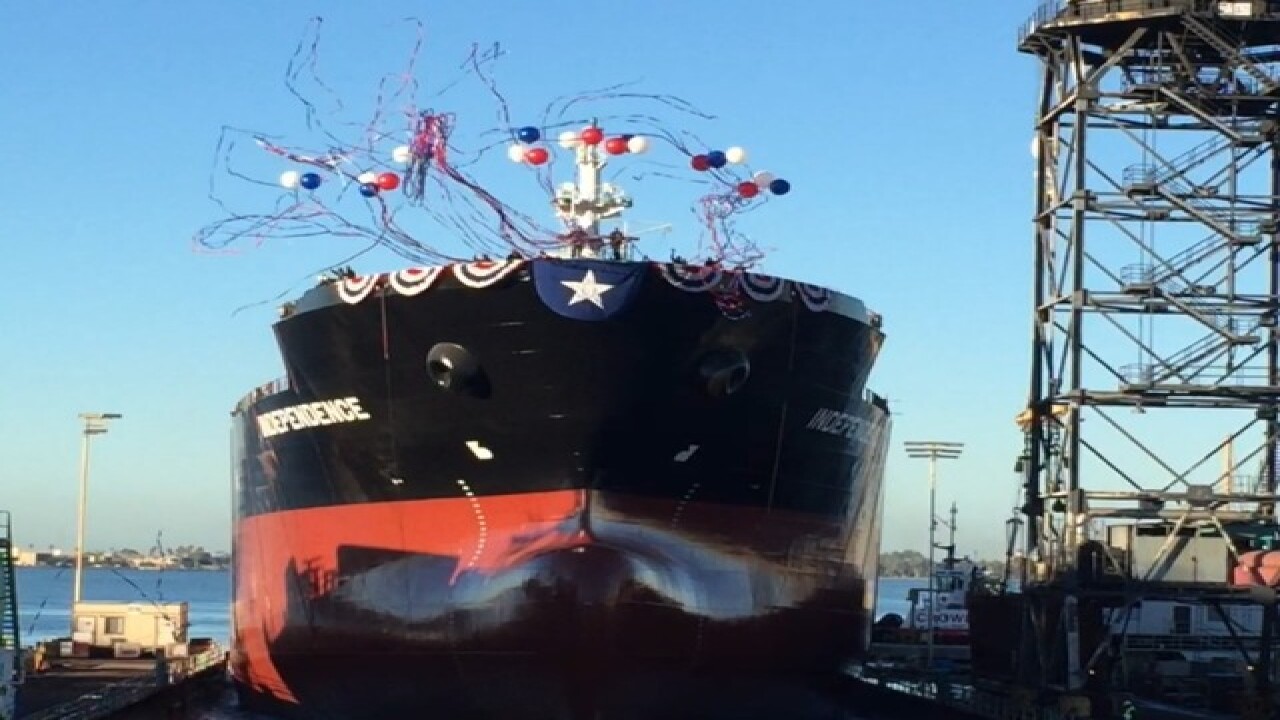 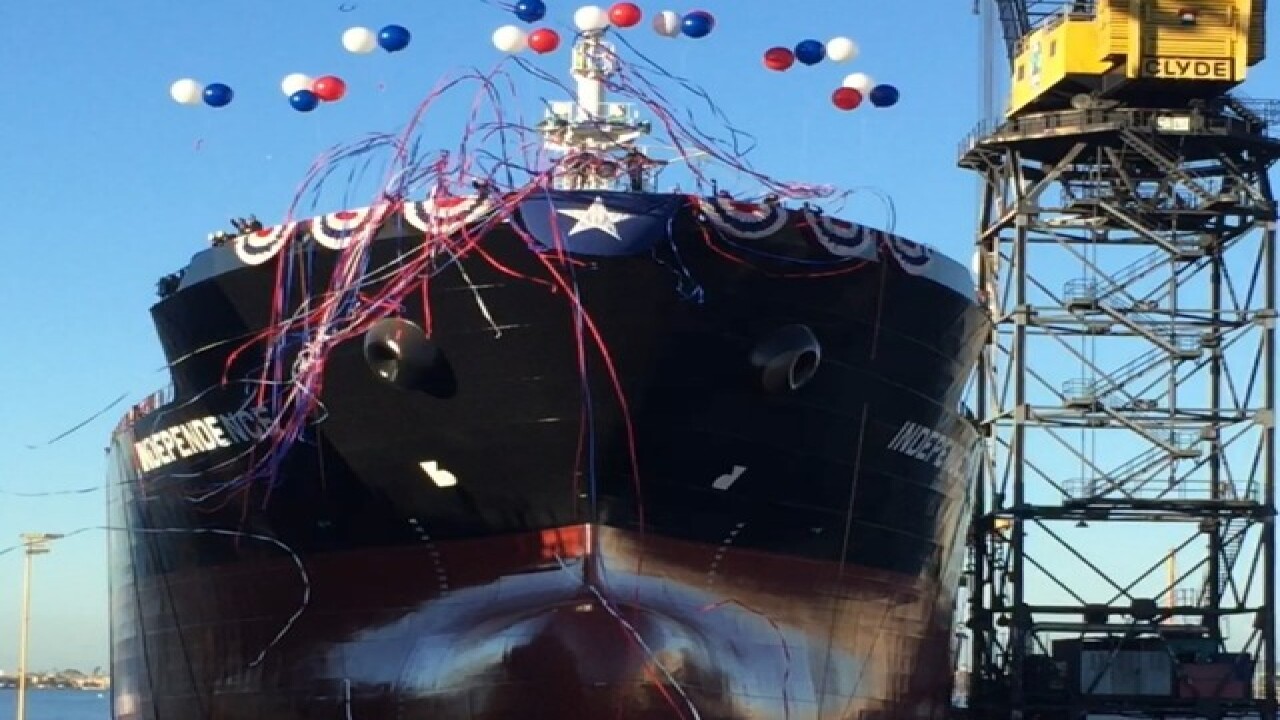 The second in a series of more environmentally friendly tanker ships under construction at General Dynamics NASSCO was launched Saturday morning.

The 610-foot Independence has a capacity of 330,000 barrels and can be converted to liquefied natural gas power. Construction on the vessel began a little over one year ago.

The ship is being built for SEA-Vista, a partnership between Seacor Holdings Inc. and Avista Capital Partners, and will be operated by Seabulk Tankers Inc.

Allison Moran, CEO of RaceTrac Petroleum, is scheduled to christen the ship with the traditional breaking of a champagne bottle against the hull. The event is open to the public.

RaceTrac operates a chain of filling stations in the southern U.S.