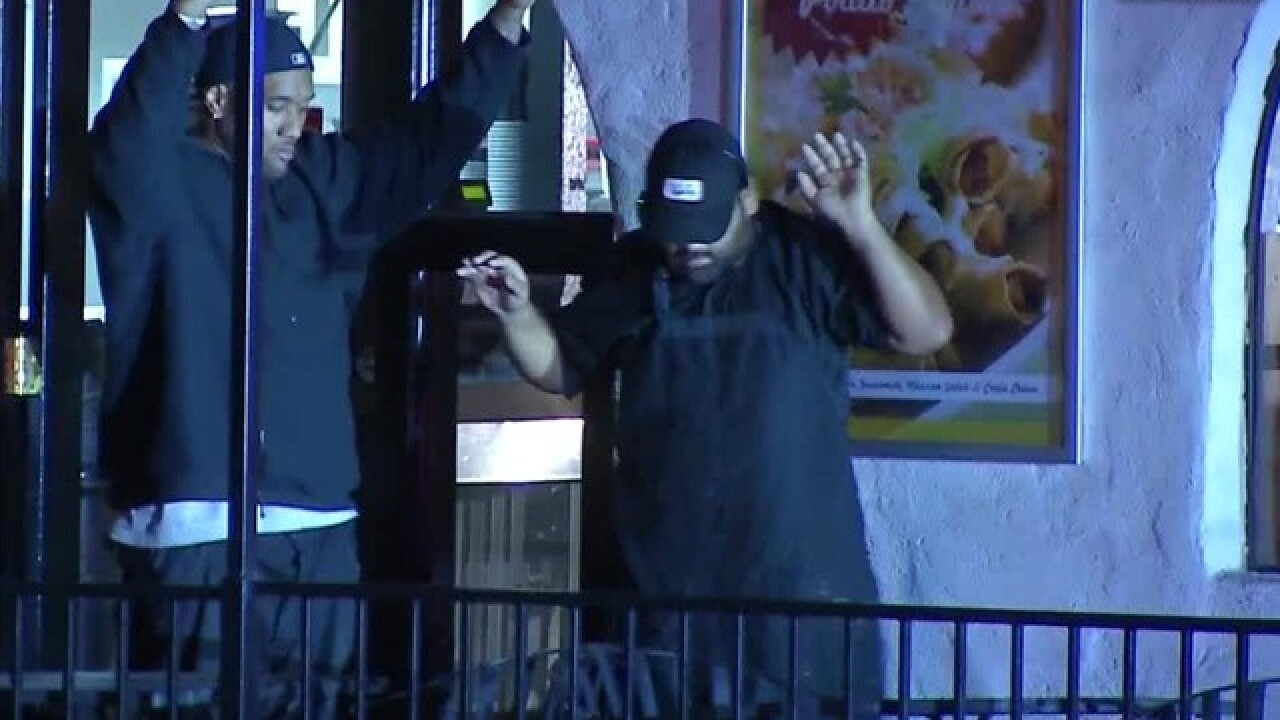 A man wanted in connection with homicides in Riverside and San Bernardino counties was arrested at a taco shop in Mission Hills after briefly taking an employee there hostage early Thursday, police said.

San Diego police Lt. Dan Smyth told San Diego News Video an employee at the eatery in the 700 block of West Washington Street near Eagle Street called police shortly after midnight to report a man acting strangely. He later noticed the suspect had a handgun.

A customer was able to escape as the suspect grabbed the employee by the neck and brought him to the back of the business, Smyth said. However, the suspect complied with arriving officers' demands and was arrested shortly afterward. His name was not immediately available.

Officers subsequently learned the suspect was being sought in connection with an abandoned car, which had been stolen in Riverside, that was found in the Mid-City area. It was somehow linked to a homicide investigation in Riverside County.

"The known suspect in that (case) is suspected of committing several homicides up in Riverside earlier in the evening," Smyth told San Diego News Video.

The man was suspected of shooting a woman to death at a gas station in Colton in San Bernardino County Wednesday evening, then a man on Lake Valley Drive in Moreno Valley in Riverside County, a San Diego television news station reported. Two women were also wounded in the Moreno Valley shooting.