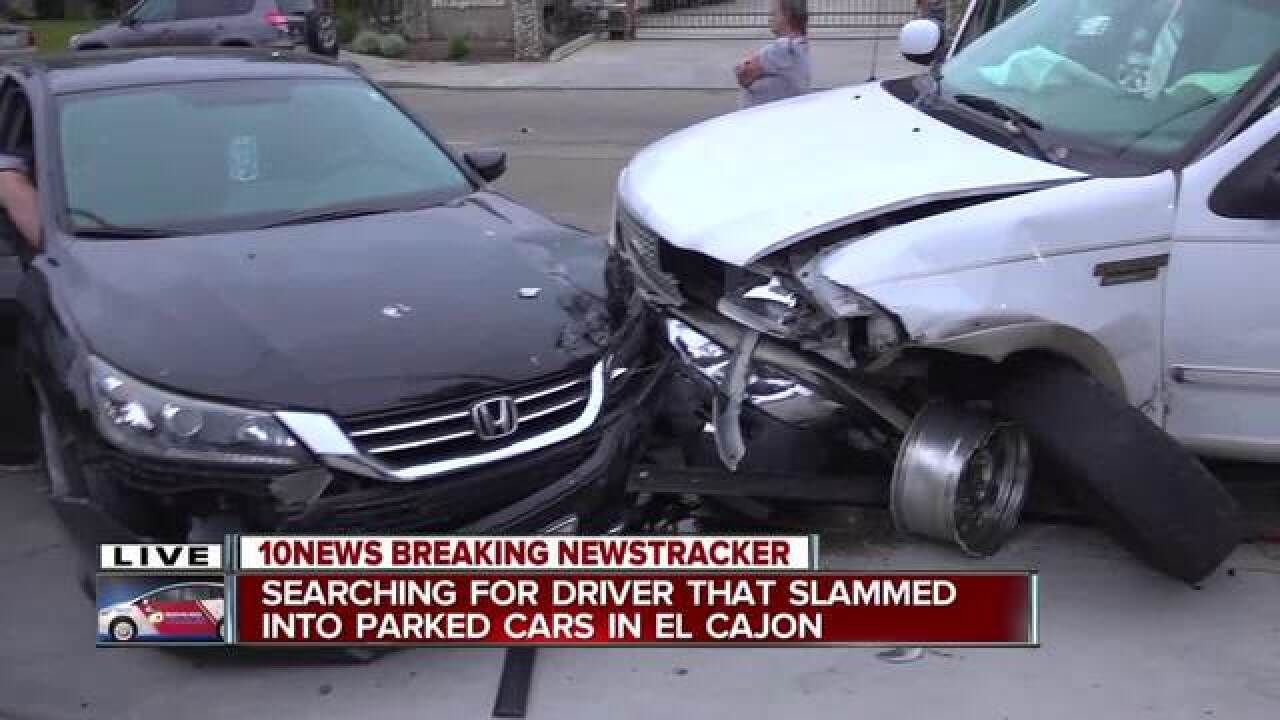 The first hit-and-run sent one person to the hospital with life-threatening injuries, according to El Cajon Police Department officials.

Police say a pedestrian was crossing Joey Avenue between Rogue and Willet roads when he was struck by a silver passenger car.  The man was transported to Scripps Memorial Hospital. No other details were made available at this time.

The second incident happened at around 5:45 a.m., according to police. A white SUV careened off a light pole than wrecked into a row of parked vehicles along Filbert Street near Lexington Avenue.  The driver of the SUV fled the scene before police arrived.

This is a developing story.  Stay with 10News for updates.