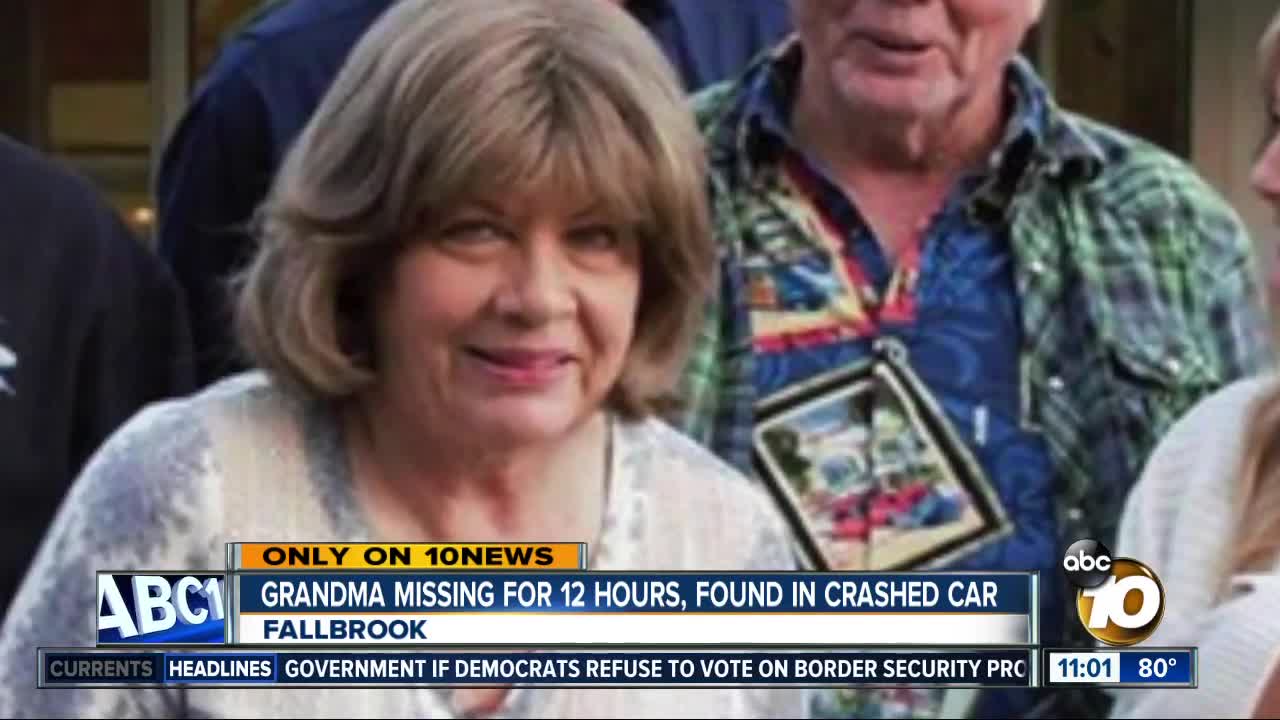 The woman's daughter says her mother is sore from the crash. 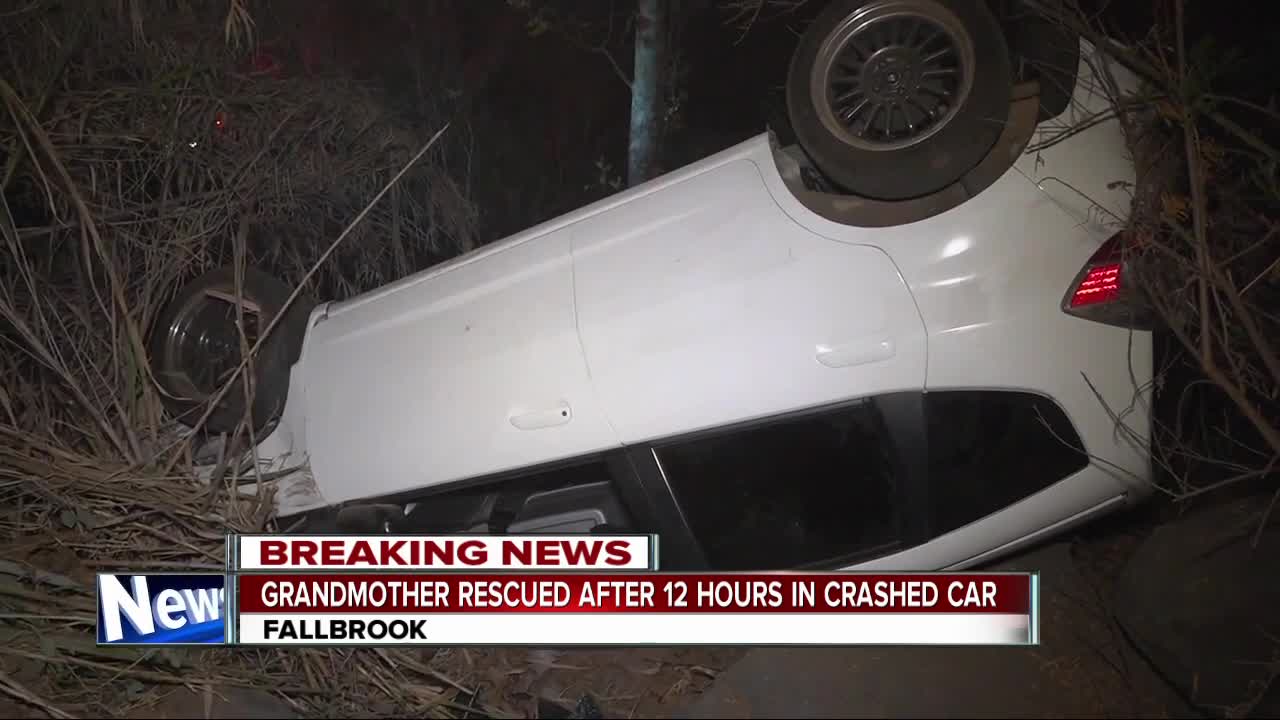 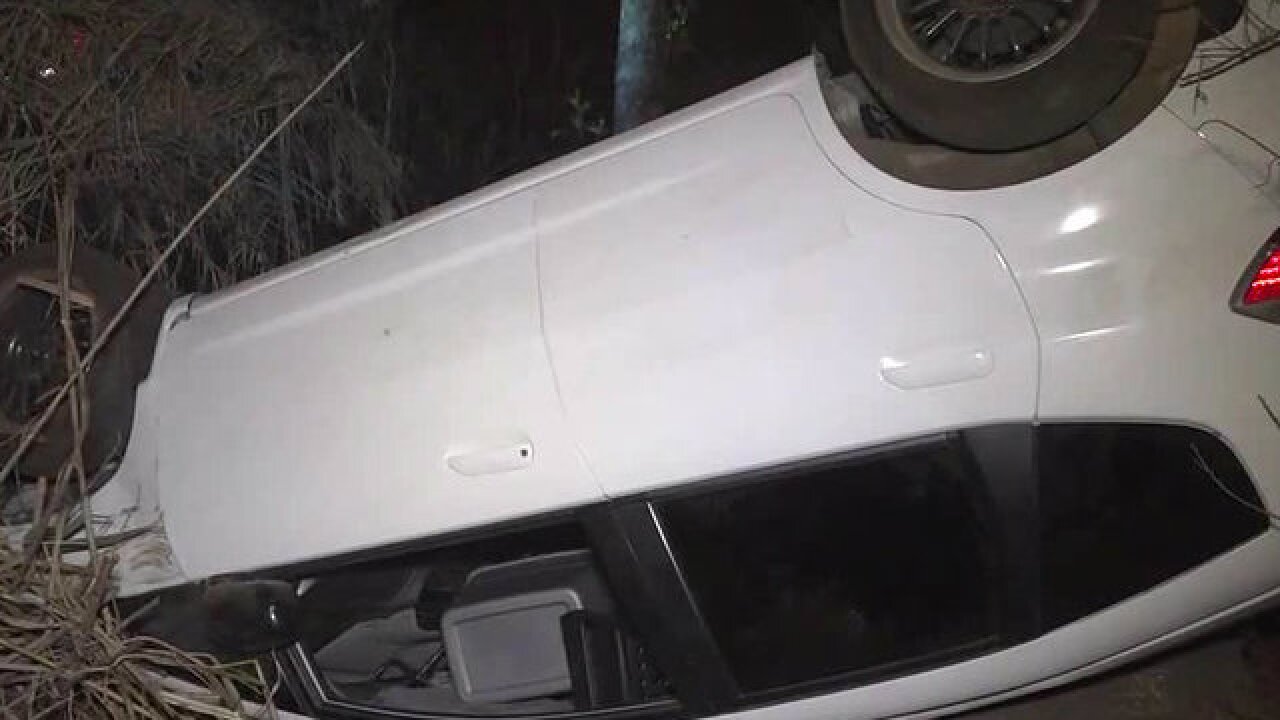 SAN DIEGO (KGTV) - An elderly woman reported missing Sunday afternoon was found over 12 hours later trapped inside her vehicle after it apparently rolled down an embankment in Fallbrook.

Family members told 10News they notified authorities after the woman in her 70s disappeared at around 2 p.m. Sunday.

At around 3 a.m. Monday, a family friend noticed a broken fence one driveway away from the woman’s Fallbrook home and notified the family.

The woman’s daughter arrived and spotted her mother trapped inside her upside-down car, which was full of groceries.

Rescue crews were able to pull the woman out of the car and up the ditch. She was taken to the hospital in unknown condition but was complaining of shoulder pain at the time she was found.

The woman’s daughter told 10News her mother has limited mobility since suffering a stroke.

“She goes to church every Sunday, then she goes out to lunch. She said she was going to stop at Walmart and then head home. We talked to the people she had lunch with and they said, ‘Last time we saw her was 2 o’clock,’” the daughter said.