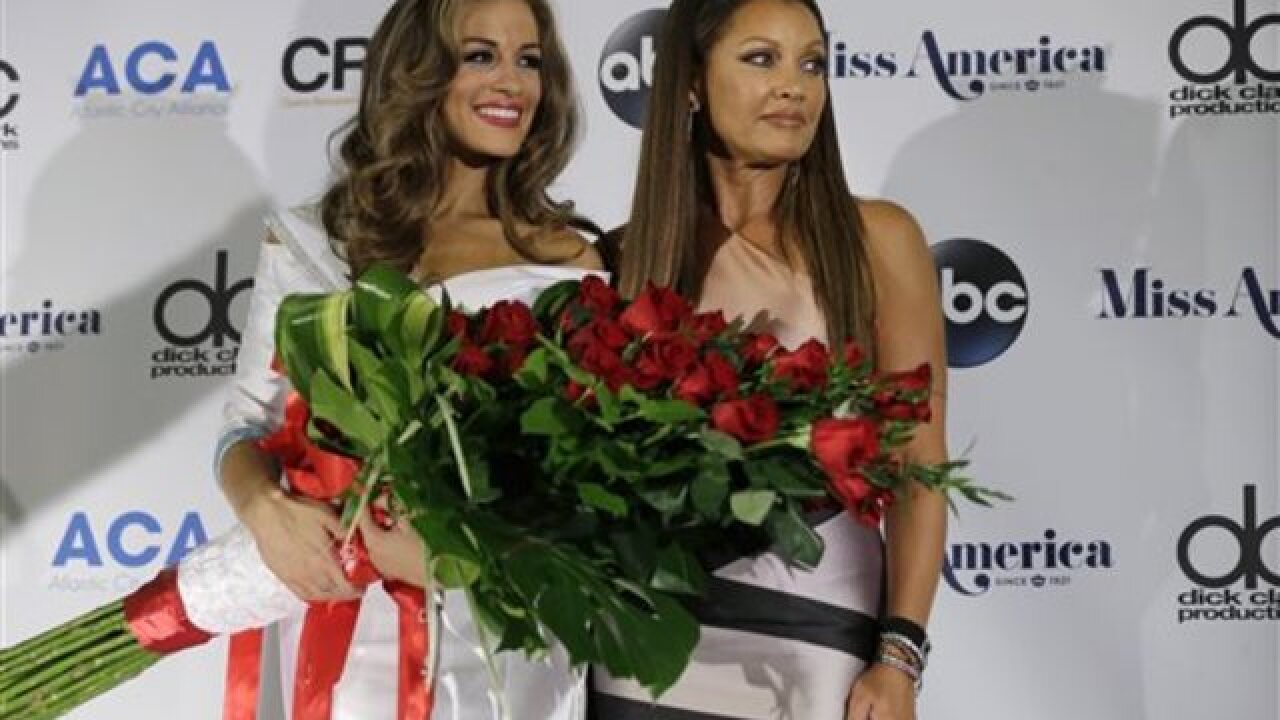 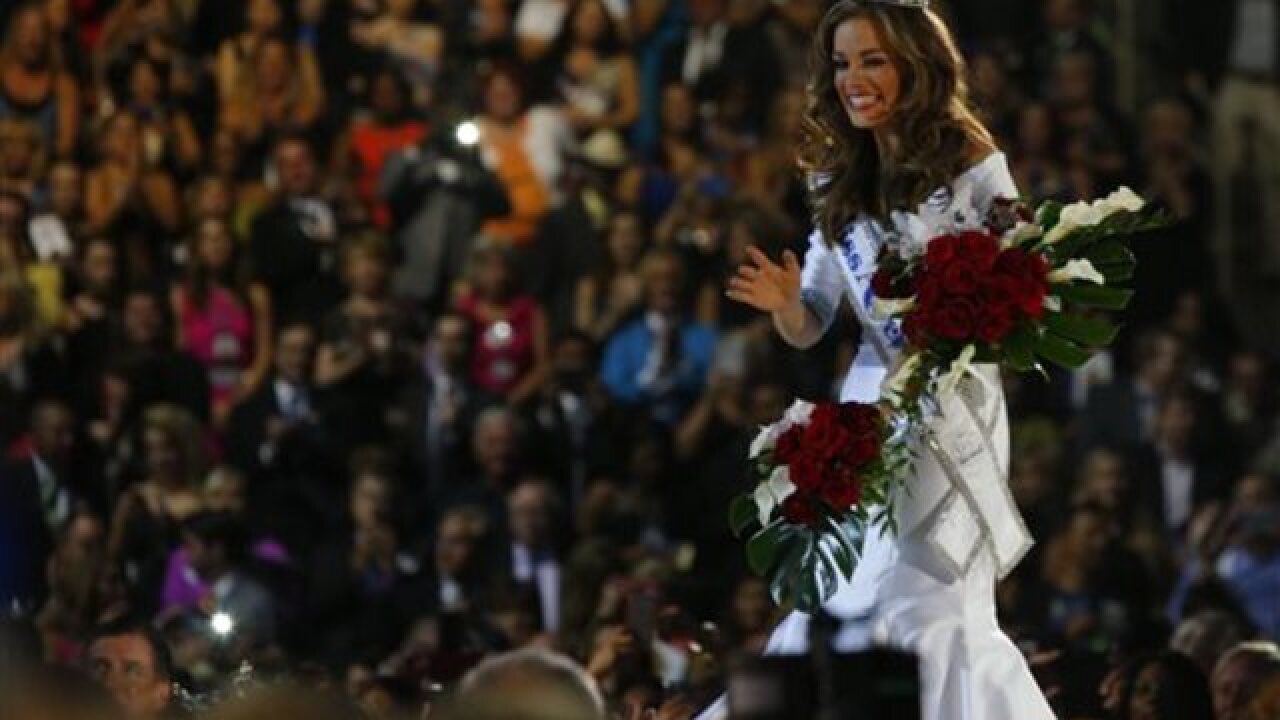 By: Wayne Parry, Associated Press writer
Posted at 7:21 AM, Sep 14, 2015
ATLANTIC CITY, N.J.-- Miss Georgia Betty Cantrell is the new Miss America, but her crowning moment was nearly overshadowed by a three-decade old pageant scandal, and a still-raw debate over whether the NFL's reigning champions cheated on their way to a Super Bowl victory.
Cantrell rode an opera performance of "Tu Tu Piccolo Iddio" from "Madame Butterfly" to the title in Atlantic City's Boardwalk Hall on Sunday night, besting 51 other competitors in the nationally televised pageant. She won a preliminary competition earlier in the week, also with an opera performance.
"I'm still so overwhelmed, I don't know what to say other than thank you! " Cantrell told reporters moments after being crowned Miss America.
She won a $50,000 scholarship along with her title.
Cantrell is due to make the traditional pageant-winner's frolic in the Atlantic City surf on Monday morning.
The pageant also marked the return of Miss America 1984 Vanessa Williams, who was back for the first time after resigning the crown in 1984 following a nude photo scandal. Pageant executive chairman Sam Haskell apologized to Williams, who served as head judge, on behalf of the pageant.
"I want to apologize for anything that was said or done," Haskell told Williams as they stood on the stage and the audience bathed her in applause. "Vanessa: Welcome back!"
Cantrell was asked during the question and answer portion of the pageant whether New England Patriots quarterback Tom Brady cheated en route to his team's run to a Super Bowl title last season by using footballs that were improperly deflated. A league-imposed four-game suspension of Brady was recently overturned by a federal judge.
During the pageant, Cantrell said, "I'm not sure" when asked if Brady cheated. "I'd have to see the ball and feel it" she said, before adding, "If there's any question, then yes, he cheated."
Asked by The Associated Press to clarify her remarks afterward, Cantrell said, "It was kind of a funky question to ask me if Tom Brady cheated. I'm not a football player and I really wasn't there to feel that ball. If there was any question as to whether or not he cheated and somebody else felt the ball and decided that it was deflated, then yes, I guess he did cheat."
The 1st runner-up was Miss Mississippi, Hannah Roberts, who earned a $25,000 scholarship. Her talent was classical violin. The 2nd runner up was Miss Colorado, Kelley Johnson, who performed an original monologue and won a $20,000. Scholarship.
Miss Georgia's win ended New York's dominance at the Miss America pageant. Last year's Miss America, Kira Kazantsev, was the third consecutive Miss New York to win the title.
"I can't believe it's been a year since I was backstage getting ready to compete, just as the contestants are right now," Kazantsev said at a press conference Tuesday afternoon in Boardwalk Hall. "
Preliminary competition in talent, interviews, evening wear and swimsuit competition ran through Thursday.
On Saturday, the Miss America contestants hit the Atlantic City Boardwalk for the annual "Show Us Your Shoes" parade.
Most of the shoes had designs specific to the contestant's home states. New Jersey, for instance, had dice and Monopoly money on her shoes in a nod to the pageant's Atlantic City history. Miss Idaho had a potato.
Contestants from all 50 states, the District of Columbia and Puerto Rico were vying for the crown. The U.S. Virgin islands, which competed last year, could not field the required minimum number of entrants this year, pageant officials said. It is eligible for future competitions.
Associated Press 2015