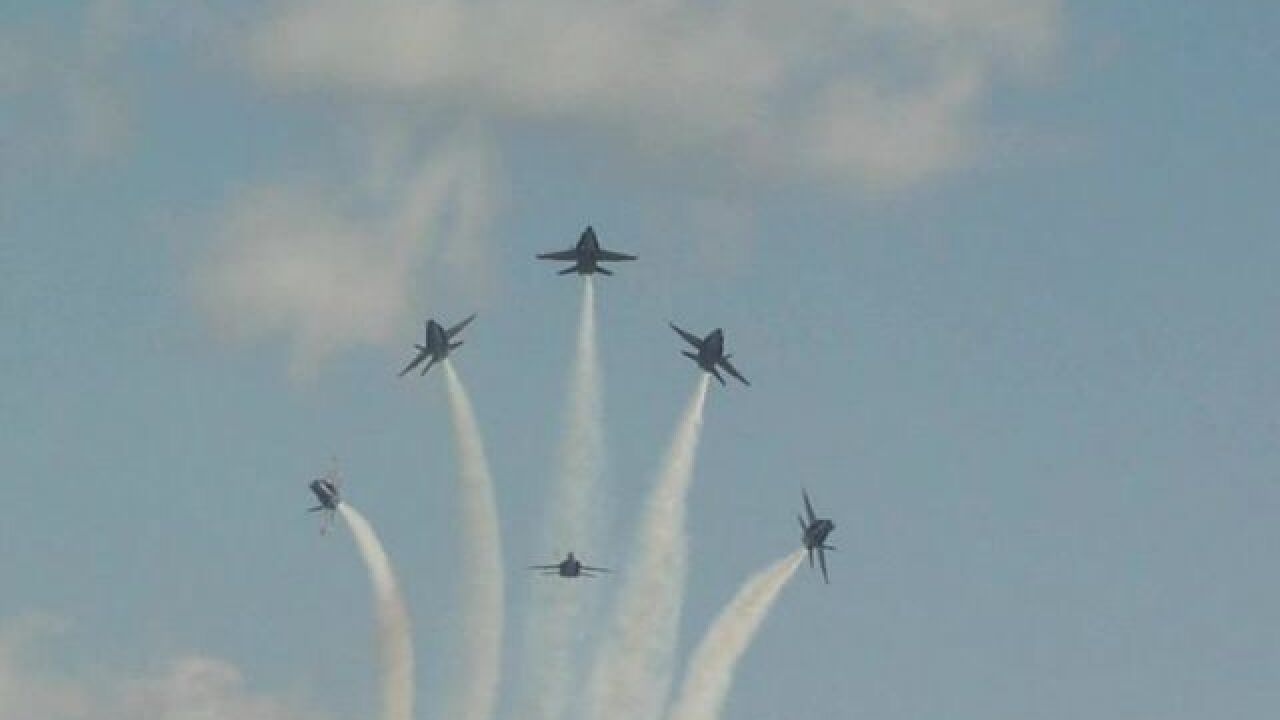 Gates open each day at 8:15 a.m. at Marine Corps Air Station Miramar, and a twilight show is set for Saturday.

The U.S. Navy's Blue Angels flight demonstration team is scheduled to perform beginning at 2:45 p.m. each day.
Also on hand are the Breitling Jet Team, sponsored by the Swiss watchmaker and making its first North American tour, and the Patriot Jet team. Both Breitling and Patriot pilots fly Czech-made L-39 Albatros trainers.

Hey peeps.... my partner in crime @arielwesler will be live at the air show today for #TheNowSanDiego 4pm @10News https://t.co/espORZe20W

Base officials said attendees are subject to searches and having their bags inspected prior to entering the flight line.
Among items prohibited on the flight line are:

Drones, such as quads and hex copters, also are not allowed.

The @Budweiser #Clydesdales walking the Flight Line at the @MCASMiramarCA AirShow! pic.twitter.com/BQnr8wagiH