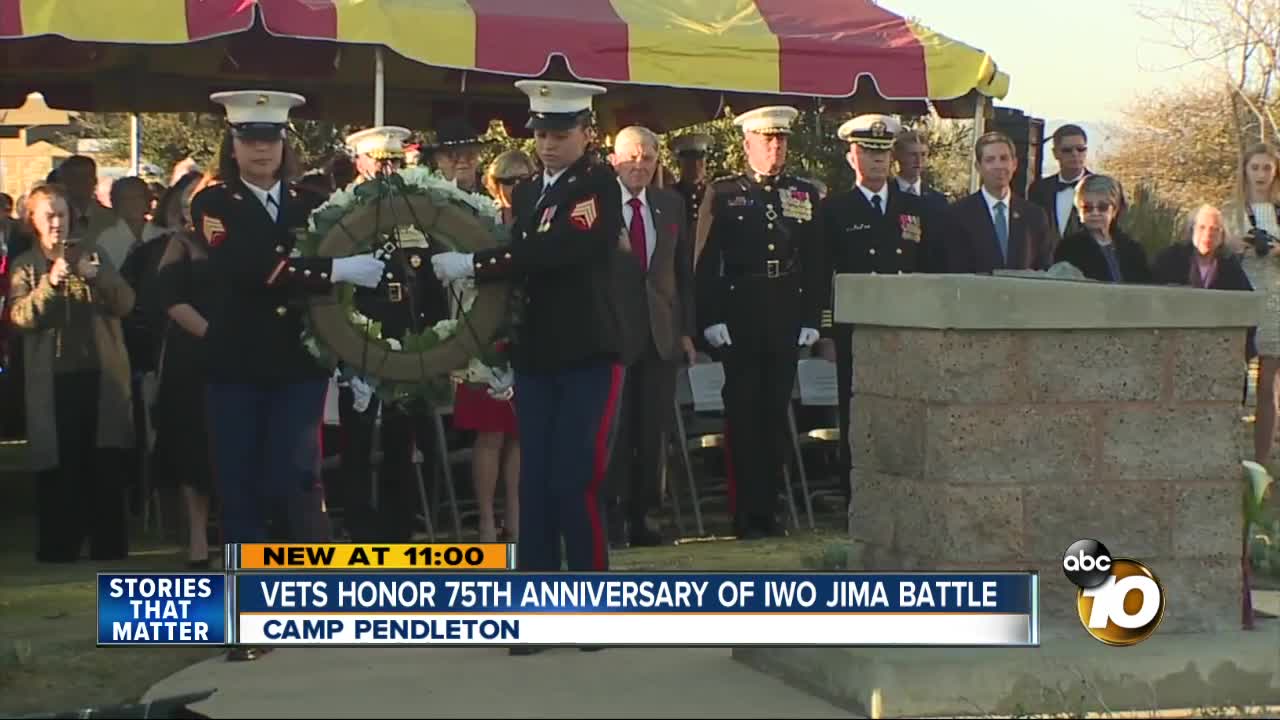 Twenty-eight local Marine and Navy veterans of World War II were honored during a sunset ceremony at Camp Pendleton Saturday.

Camp Pendleton honored the veterans with a 21-gun salute, bell tolling, and wreath laying ceremony as part of the 75th commemoration of the Battle of Iwo Jima.

This annual event is one of the largest Iwo Jima reunions in the U.S. as the number of surviving World War II veterans begins to dwindle.

"It's just amazingly remarkable marines who've truly established the legacy of the marine corps on whose shoulders we stand as we continue to protect the freedoms of the nation," Lt. Gen. Joseph Osterman, commanding general of the First Marine Expeditionary Force, said.