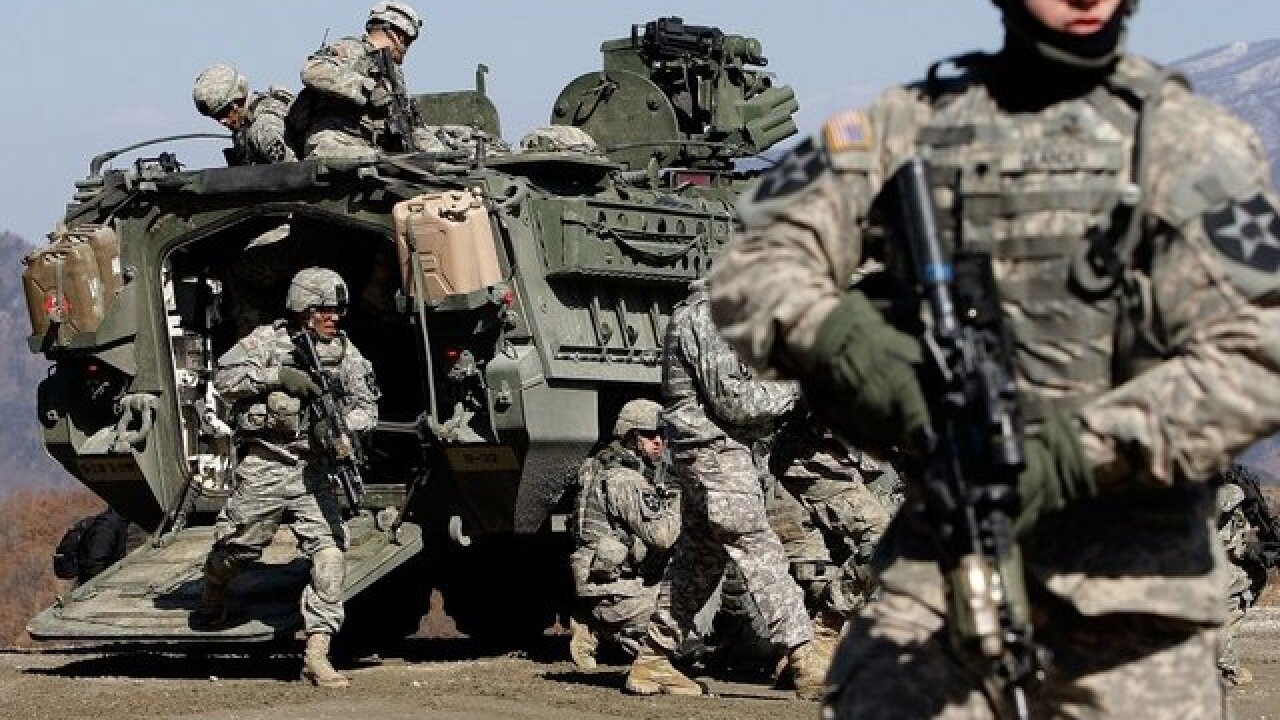 HARTFORD, Conn. (AP) - Thousands of Navy and Marine Corps veterans of Iraq and Afghanistan who developed post-traumatic stress disorder but were denied Veterans Affairs health benefits have been given a green light to sue the military, under a ruling by a federal judge in Connecticut.

The discharge designation prevents them from getting VA benefits including mental health treatment.

"This decision is a victory for the tens of thousands of military veterans suffering from service-connected PTSD and TBI (traumatic brain injury)," lead plaintiff and Marine veteran Tyson Manker, of Jacksonville, Illinois, said in a statement Friday. "The fact that the Court has now recognized this class of veterans is further evidence of the Department of Defense's disgraceful violation of the legal rights of the men and women who have served their country."

Manker developed PTSD after serving in the 2003 invasion of Iraq and received an other-than-honorable discharge for a single incident of self-medicating himself with an illegal drug, according to the lawsuit. The Naval Discharge Review Board rejected his request for a discharge upgrade, as it has done with similar applications by thousands of other veterans.

Navy officials did not immediately return messages seeking comment Friday. The Connecticut U.S. Attorney's Office, which is defending the Navy against the lawsuit, declined to comment.

In a court filing, a federal prosecutor listed several reasons why a class-action lawsuit should be rejected, including that the plaintiffs could reapply for discharge upgrades under new rules put in place last year that call for more leniency for veterans with mental health problems.

Yale Law School students are representing the veterans and have filed a similar lawsuit against the Army. They say nearly a third of the more than 2 million Americans who served in Iraq or Afghanistan suffer from PTSD and related mental health conditions and the military is issuing less-than-honorable discharges at historically high rates, often for minor infractions attributable to undiagnosed mental illness.

Last year, the discharge review boards for the Army and Air Force granted about 51 percent of discharge upgrade applications involving PTSD, while the Navy board granted only 16 percent. Haight called the discrepancy "stark."

Another plaintiff in the Navy lawsuit, which was filed in March, is the Connecticut-based National Veterans Council for Legal Redress, a group of veterans with less-than-honorable discharges.

"We filed this lawsuit to make sure that the Iraq and Afghanistan veterans with service-connected PTSD do not suffer the same injustices as the Vietnam generation," said Garry Monk, executive director of the veterans group. "We are thrilled with the court's decision and look forward to creating a world where it doesn't take years of wading through unlawful procedures for these veterans to get relief."