A plane crashed in Mexico but everyone on board survived 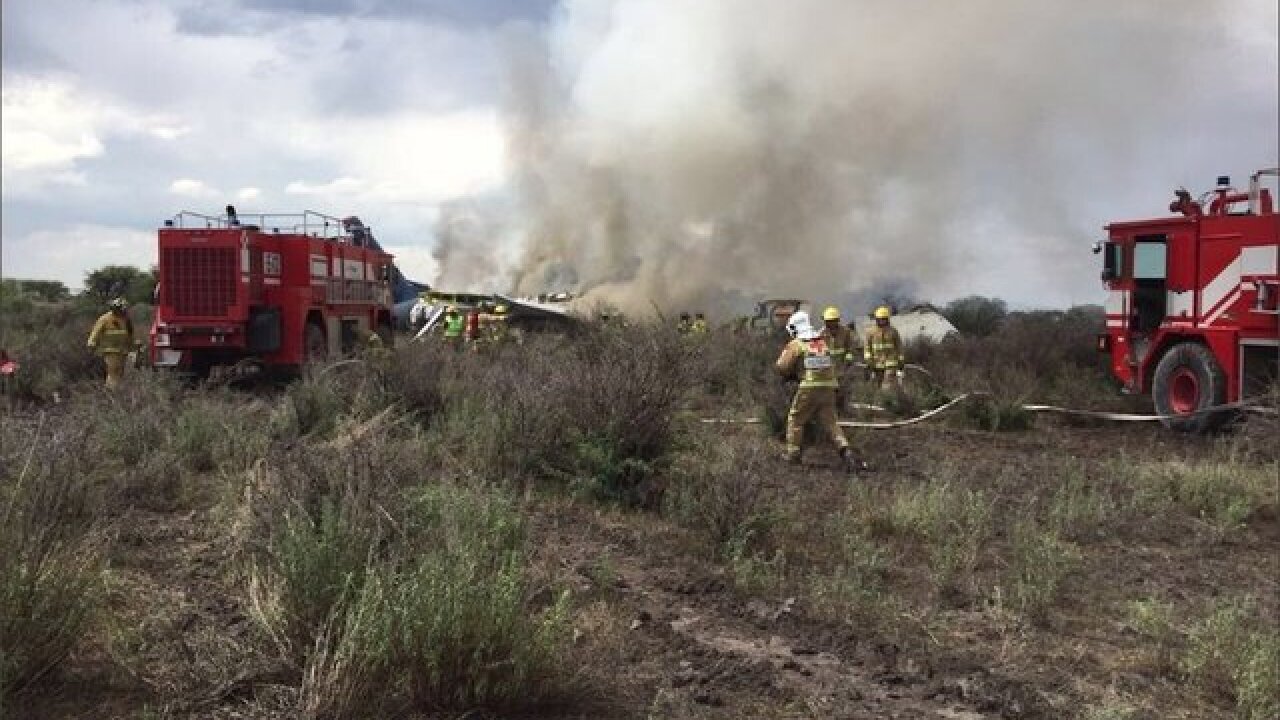 © 2018 Cable News Network, Inc.
Durango Civil Protection
<p>Aeromexico said Tuesday it is aware of an accident involving one of its planes flying from Durango, Mexico, to Mexico City.</p>

A strong wind gust brought down an Aeromexico plane carrying 103 people in northern Mexico, leading to a fiery crash that left dozens aboard injured but no fatalities, Durango state officials say.

"The control tower noticed strong wind currents and this could have caused the accident," Durango Gov. José R. Aispuro said in a news conference Tuesday night.

Aeromexico's Flight 2431 was en route from Durango, Mexico, to Mexico City on Tuesday when it went on a rapid descent moments after taking off, airline and state officials said.

The left wing of the twin-engine jet initially touched the ground, causing the plane to lose both of its engines. The plane then skidded off the runway at the Guadalupe Victoria International Airport until it stopped about 300 meters away, Aispuro said.

Anabel Estrada -- a passenger from Joliet, Illinois -- felt like the aircraft had been battling against the heavy rain and wind before it hit the ground twice during the crash.

"The second impact was a lot stronger. This is when I jumped and hit my head against the ceiling," Estrada said. "After the second impact, I saw flames in the cabin ahead of me."

All passengers and crew members evacuated the plane using its emergency evacuation slides before flames engulfed the aircraft, officials said.

Ninety-nine passengers, including nine children and two infants, as well as four crew members were on board, the airline said.

Authorities had said earlier said that 97 passengers and four crew members were on the aircraft.

Forty-nine people were hospitalized, including the pilot and a passenger who are in "critical but stable condition," but no deaths were reported, Aispuro said.

A girl who suffered burns was also hospitalized, Aispuro said.

Images from the scene showed flames and a column of smoke rising from an aircraft on the ground among bushes and tall grass. Rescue workers, firefighters and fire engines also are pictured.

Embraer, the Brazilian maker of the aircraft, said it is ready to assist the Mexican authorities in their investigations, adding that technicians are preparing to head to the site.

The airline said it has operated the 10-year-old aircraft since 2014.

Durango is more than 550 miles northwest of Mexico City.