Men honored for helping save teen in Encinitas shark attack 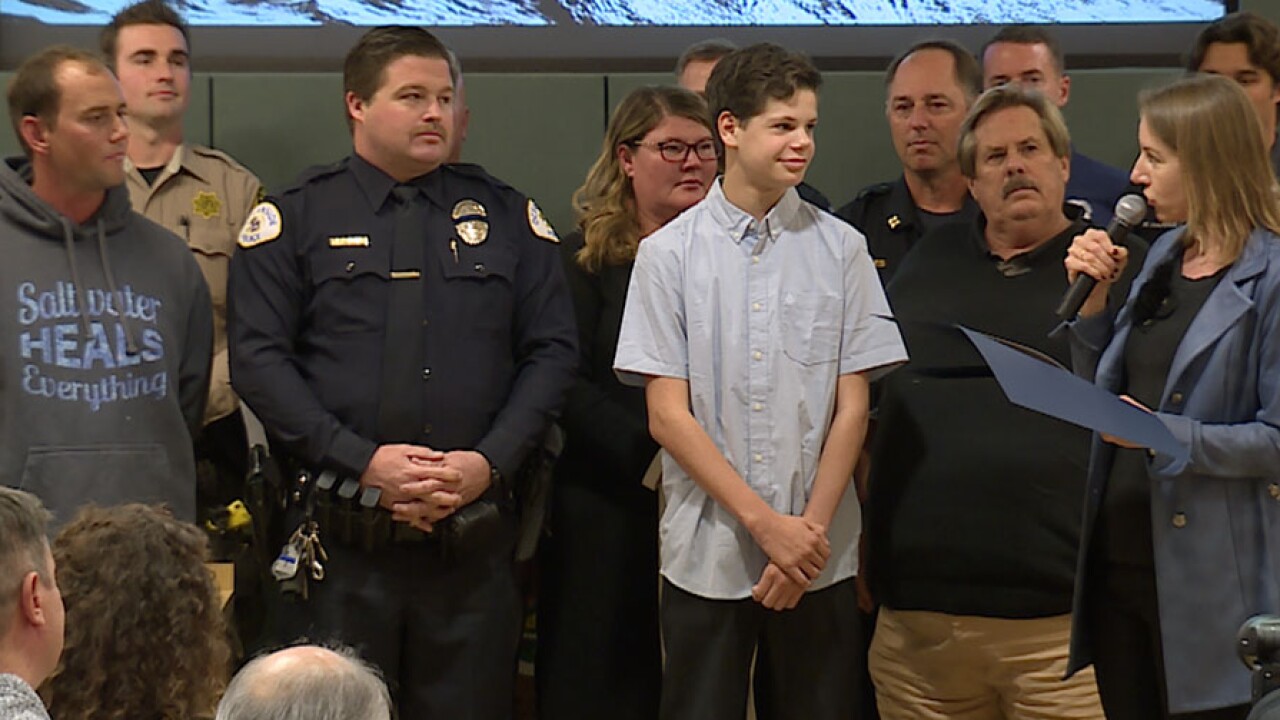 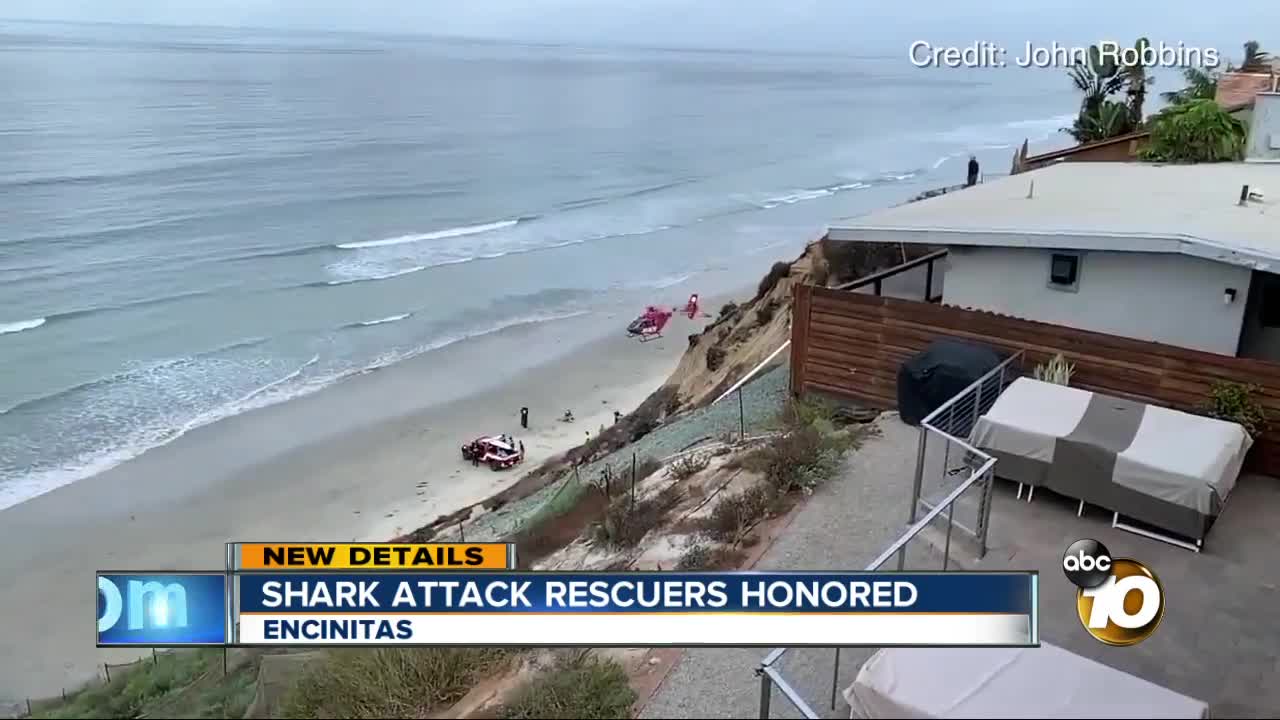 ENCINITAS, Calif. (KGTV) - The Encinitas City Council honored three men Wednesday night who helped save a teen who was bitten by a shark.

The three of them were in the ocean the morning of Sept. 29 off the coast of Beacon’s Beach.

It was the first day of lobster season and 13-year-old Keane Hayes was out diving with his friend.

That’s when a great white shark bit his left shoulder.

He was airlifted to Rady Children’s Hospital in critical condition but has made a nearly full recovery.

At the city council meeting, Hayes was also honored with a proclamation of bravery from the mayor.

He said he eventually plans to go back in the ocean, though probably not at Beacon’s Beach, he joked.