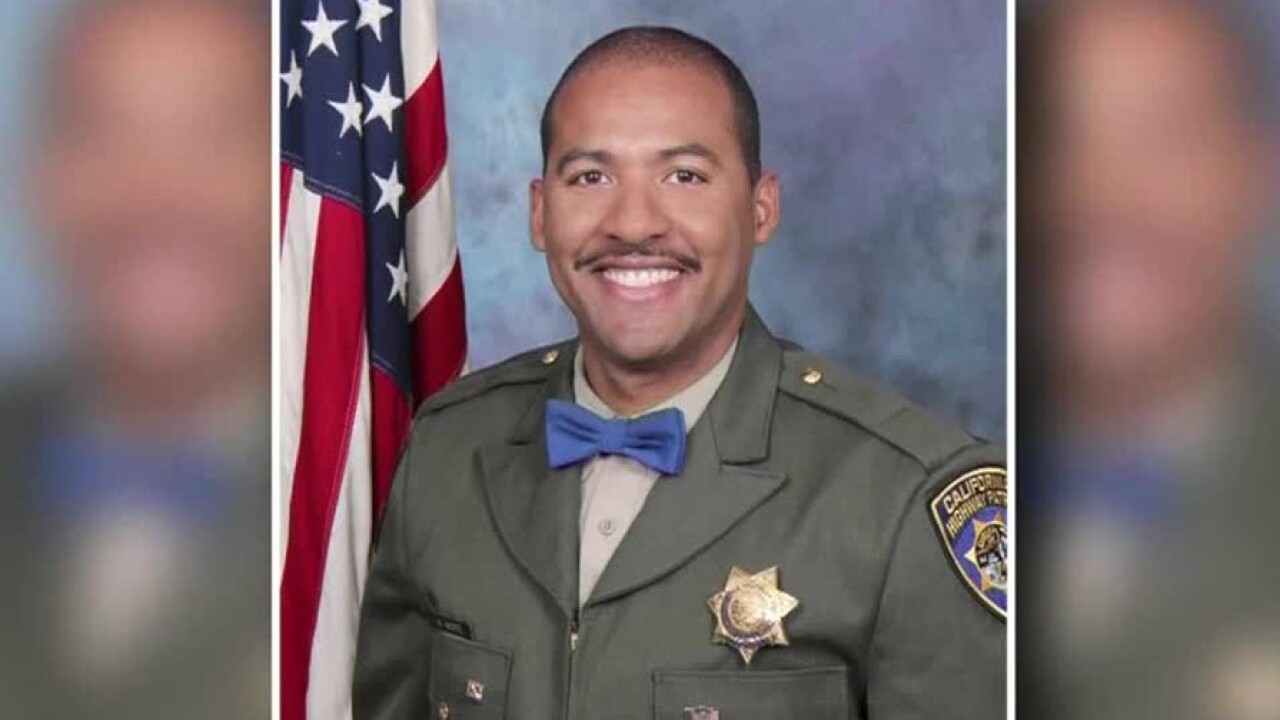 Moye's dreams came true when he graduated from the CHP academy in 2017 and the following year when he completed the CHP's difficult motorcycle course, said his commander, Capt. John Tyler.

"Andre was a hardworking motor officer, one of the highest performers in the squad, and a great beat partner," Tyler said. "He provided a high level of service to the public and consistently took impaired drivers off the street."

It was the second funeral for a CHP officer in the region in less than five months. Sgt. Daniel Licon, 53, was struck and killed during a traffic stop in April, and it was Moye who arrested that driver on suspicion of drunken driving.

"That was an enormous responsibility for him, but he gladly did it very humbly," CHP Commissioner Warren Stanley said.

A private burial was to follow the memorial service.

Moye, 34, was filling out paperwork to impound Aaron Luther's pickup truck Aug. 12 when Luther, who was outside the vehicle and not restrained, pulled out a gun and started shooting.

Moye was fatally wounded but called for help. Two responding officers were shot in the legs while frightened motorists ducked for cover from dozens of flying bullets. Luther, 49, was killed. The wounded officers were expected to recover.

Luther was paroled from state prison in 2004 after serving about 10 years of a 12-year sentence for attempted second-degree murder with an enhancement for the use of a firearm, first-degree burglary and second-degree burglary, according to the California Department of Corrections and Rehabilitation.

Court records show Luther also was arrested in 2007 on felony assault charges and took a no-contest plea deal that sentenced him to 90 days in jail. He also was charged with multiple felonies in San Bernardino County and pleaded no contest in 2010 to assault with a deadly weapon, according to the Southern California News Group. As a felon, Luther was not supposed to have a gun.