Man taken to hospital after being shot by paintball gun 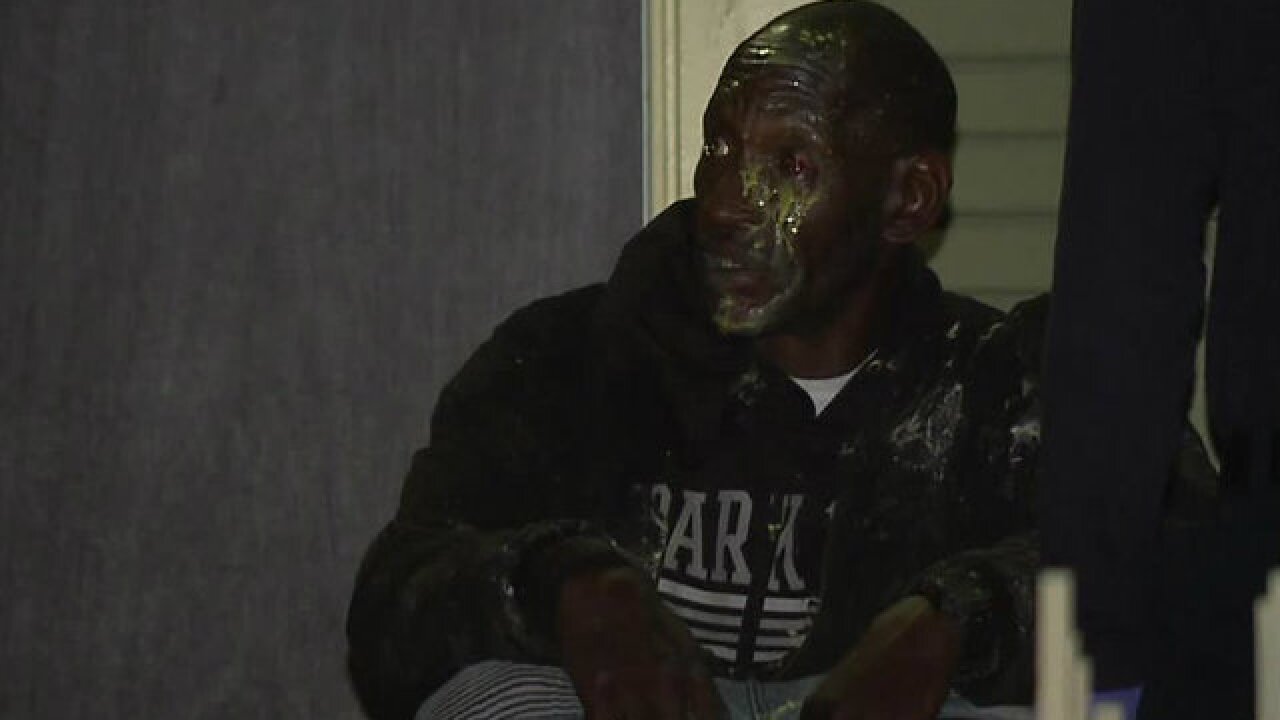 SAN DIEGO (KGTV) - A man was taken to the hospital after he told police someone shot him in the face with a paintball gun.

Just after 12:30 a.m. Monday, a man banged on a resident’s door at a home in the 3800 block of Superior Street in Mountain View begging for help, San Diego police said.

Responding officers said the man suffered what appeared to be a serious eye injury and had his face covered with yellow paint.

He was taken to the hospital for treatment.
Meanwhile, police could not find the person or people who may have opened fire on the man.