Man suspected in stabbing barricades himself in Chula Vista condo 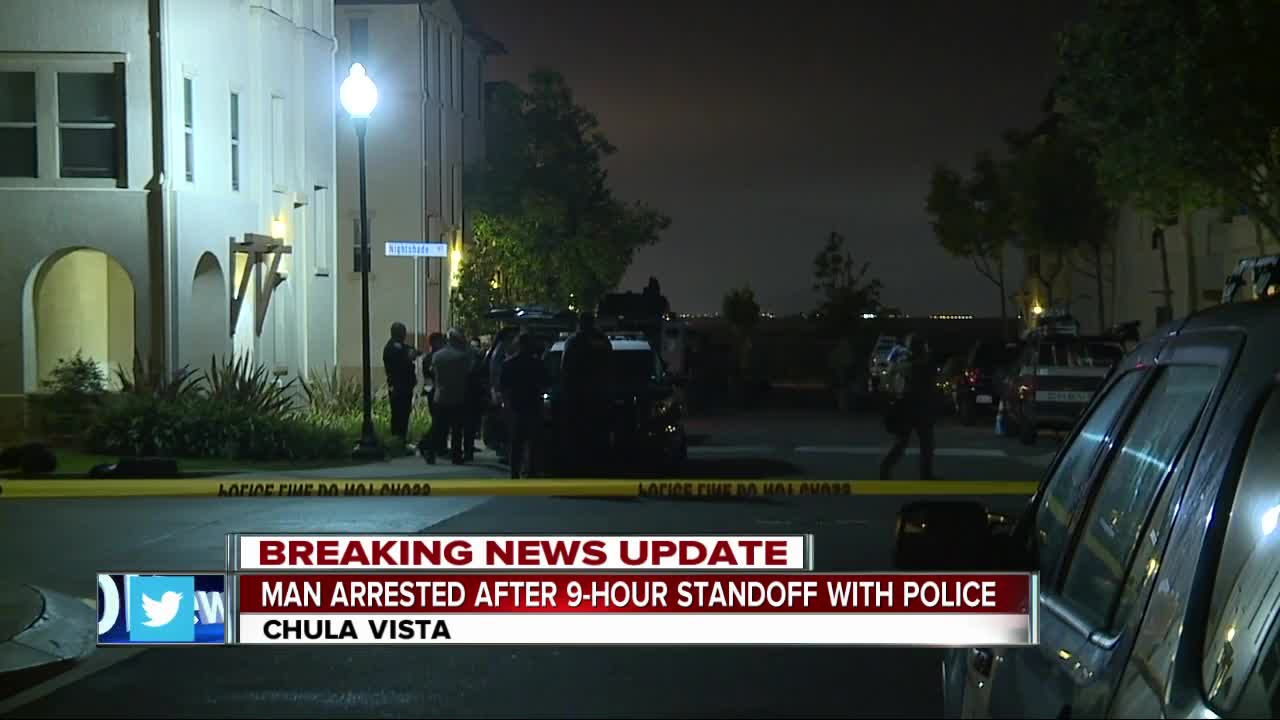 A man suspected in a San Ysidro stabbing was taken into custody, along with a friend, following a lengthy standoff at a Chula Vista condo complex. 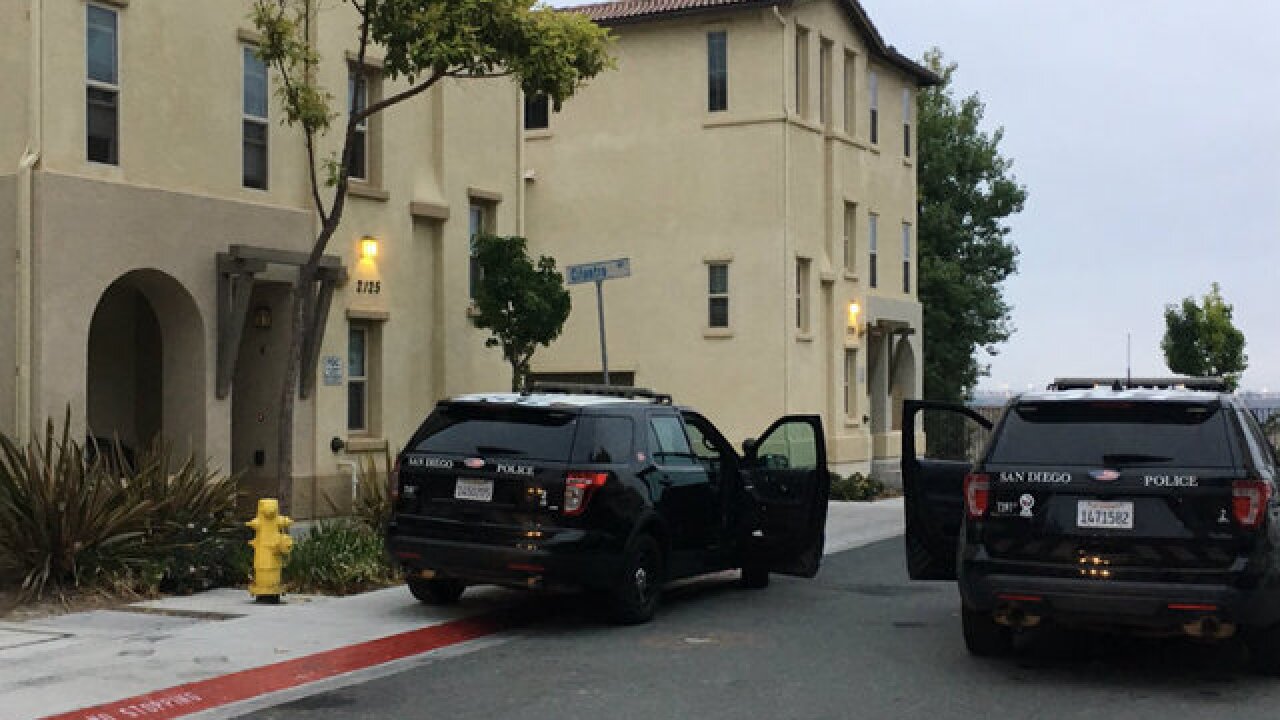 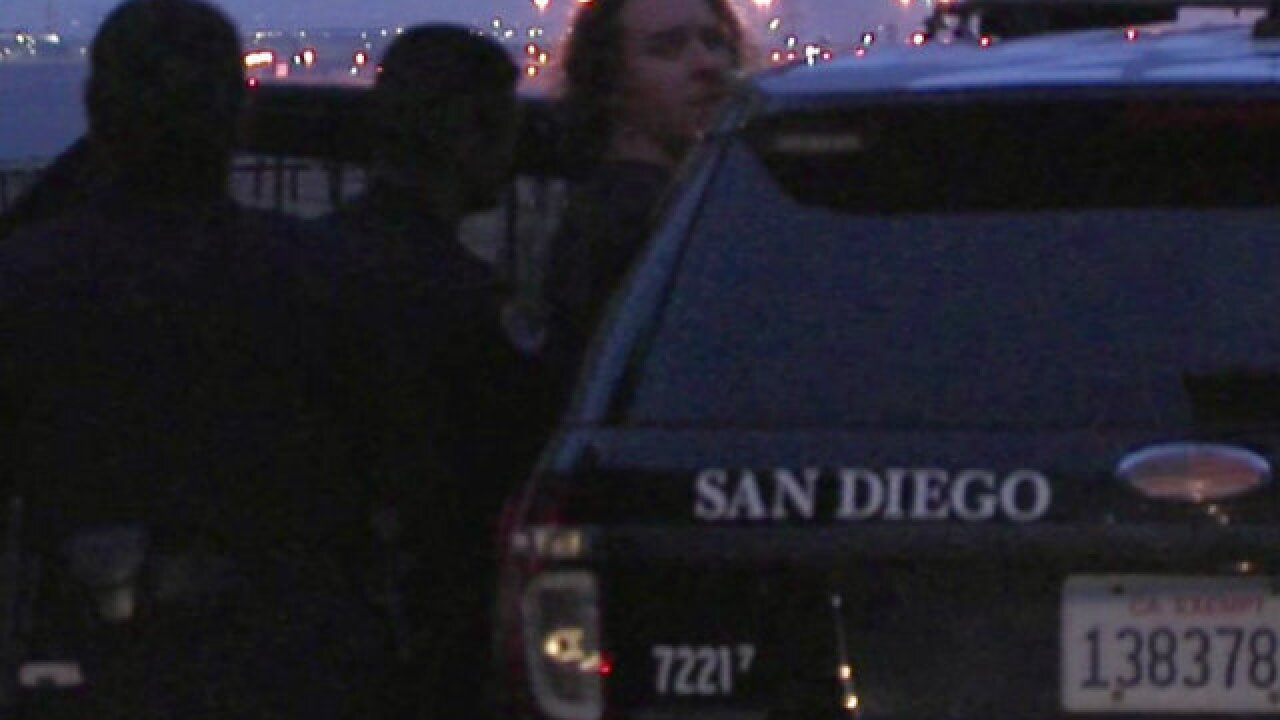 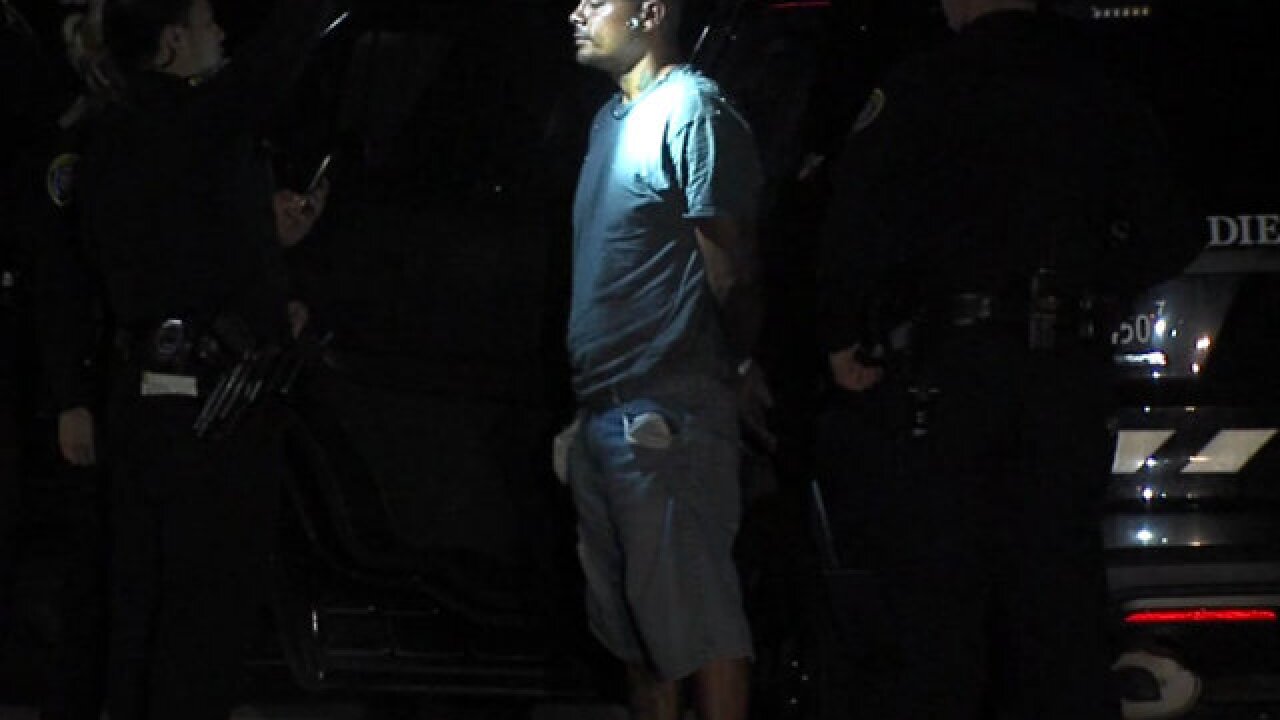 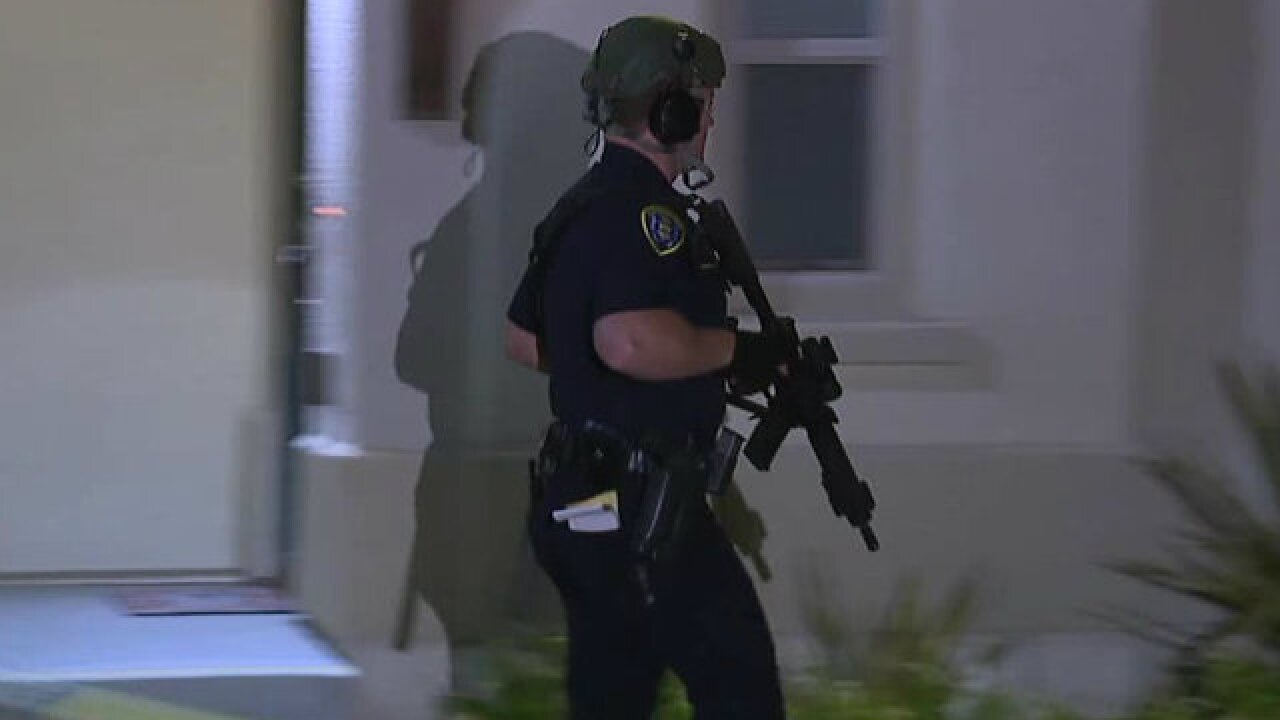 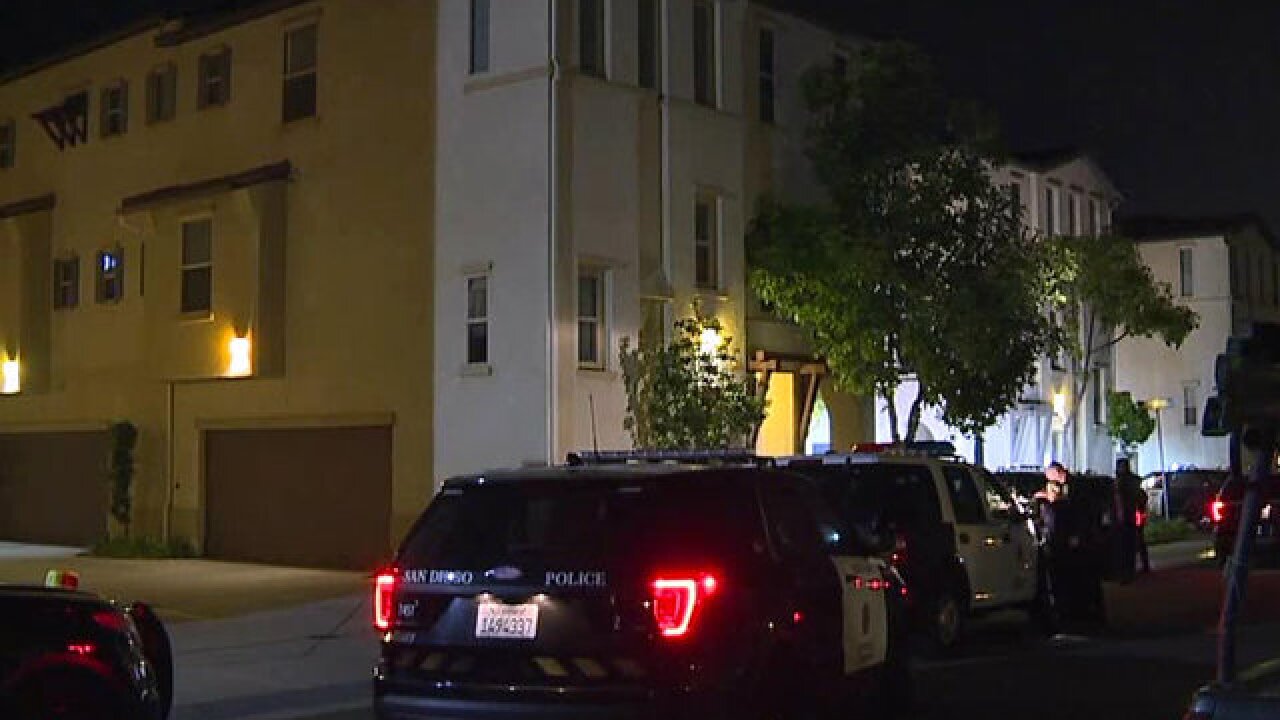 CHULA VISTA, Calif. (KGTV) - A man suspected in a stabbing case was taken into custody after a standoff with police at a Chula Vista condominium complex.

10News learned a man went to a home on Avenida De La Cruz shortly before 9 p.m. Monday to allegedly confront his former girlfriend. During an altercation, police said the man stabbed another man in the head and then fled the scene.

With help from a helicopter, police tracked down the man at a condo complex in the 2100 block of Cilantro Way, near a Vons store off Eastlake Parkway. The police activity prompted the evacuation of at least one condo unit and other residents were told to shelter in place.

Two people and a woman believed to be the suspect’s mother came out of the unit and told police the man was inside with another man.

A SWAT unit was called to the scene at around 1 a.m. Tuesday after the man refused officers’ orders to come out of the unit. At least one flash bang was deployed, but the man did not exit the home.

The two suspects in #otayranch #chulavista #standoff @10news We heard the stabbing suspect yell ‘Mom!' from the back of the squad car. I was waiting for the ‘meatloaf!' pic.twitter.com/HTqnTrjhCi

SWAT officers sent a robot into the home to search for the man, but he was not immediately located. It was believed the man was hidden in a crawlspace at the time.

Just before 5:30 a.m., officers entered the home and took the man into custody without incident. Another man who was inside the unit was also detained.