Man standing next to stalled SUV nearly struck by car 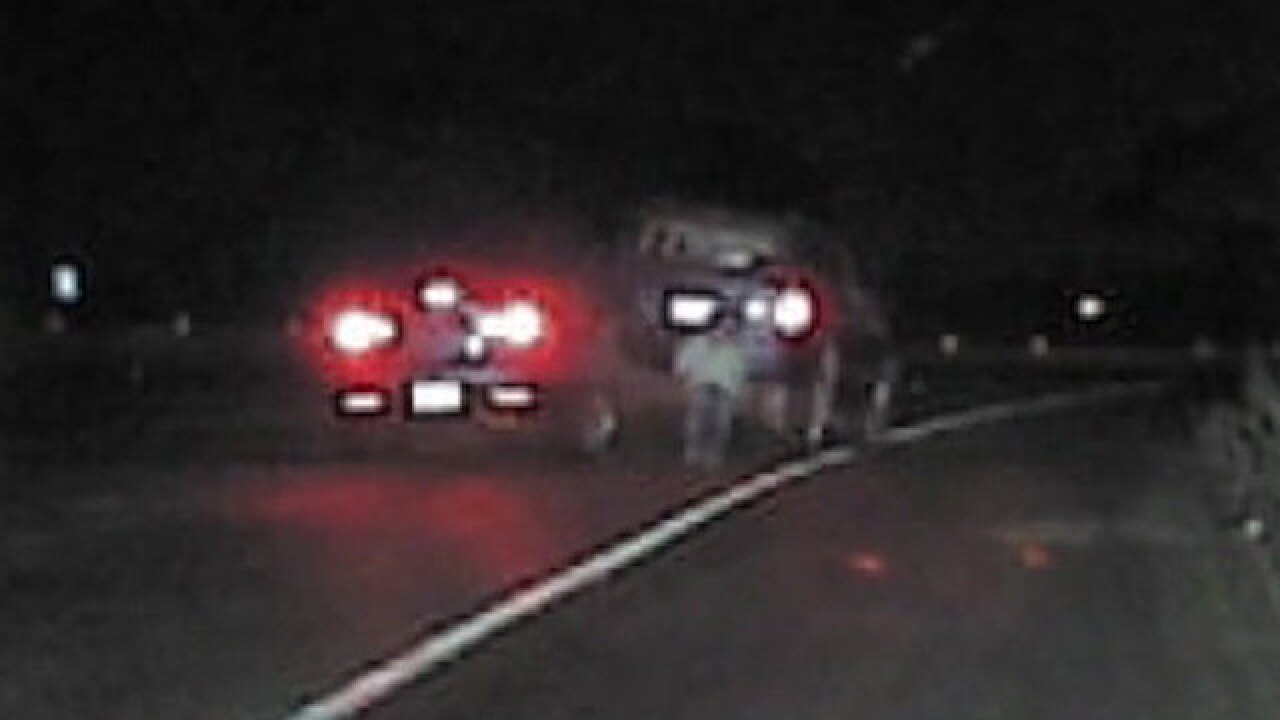 SAN DIEG (KGTV) - A man escaped serious injury after a car crashed into a stalled SUV as he stood next to it on the freeway.

According to the California Highway Patrol, a man was pushing a broken-down Jeep Cherokee -- with a companion in the driver's seat -- in the right lane of the southbound I-5 transition to southbound I-15 at about 1:45 a.m. when the collision occurred.

The 10News Breaking News Tracker arrived and offered assistance, but the man refused.

A short time later, as the man stood behind the stalled vehicle, a Kia sedan traveling in the same lane swerved at the last second and struck the SUV, missing the man by inches and pushing the vehicle several yards.

A passing motorist stopped to help both the Kia's female driver and the other man out of the lanes.

Responding CHP officers took the Kia's driver home, while the nearly injured man was taken to the hospital for observation.

10News learned the man nearly hit by the car and his companion inside the SUV were arrested on suspicion of DUI.