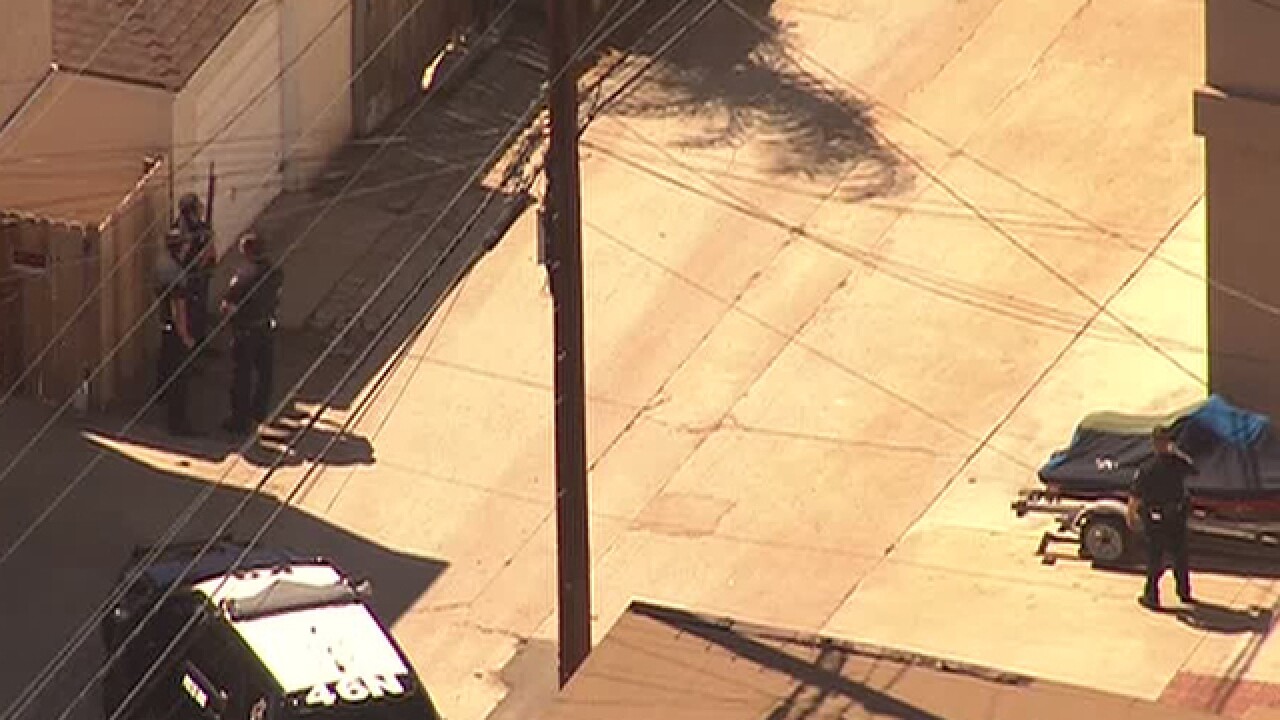 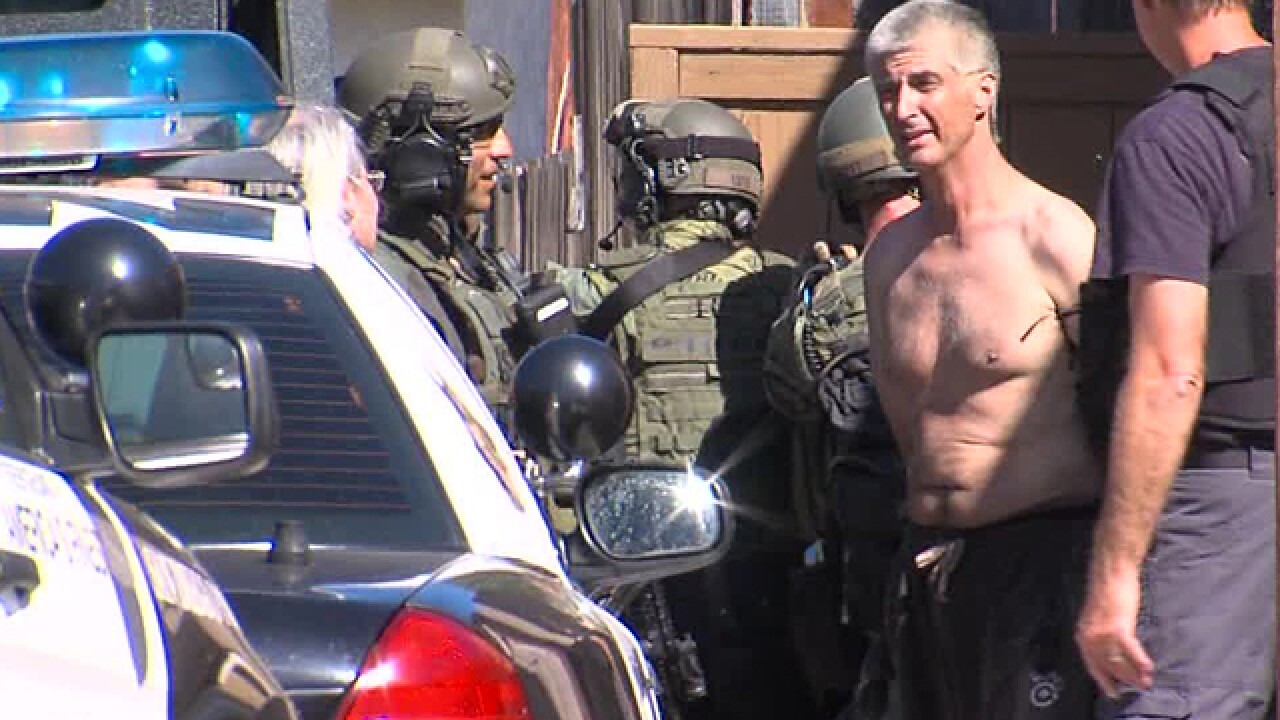 A Pacific Beach resident who allegedly threatened to torch the apartment building where he lives holed up in his residence Wednesday when officers arrived, prompted a roughly 90-minute SWAT standoff that ended with his surrender and arrest.

A neighbor made a 911 call shortly after 10 a.m. to report that the man, whose name was not immediately available, had been behaving erratically and splashing lighter fluid around the complex in the 1300 block of Reed Avenue, according to San Diego police.

Patrol officers arrived to find the suspect on the grounds of the complex, holding a canister of flammable liquid, SDPD spokesman Matt Tortorella said. The man retreated up an outdoor staircase and allegedly threatened to set it on fire, then fled into his apartment.

Officers evacuated surrounding homes and tried in vain for several hours to persuade the suspect to give himself up. About 1 p.m., police sent in a special weapons and tactics team to take up positions around the man's apartment and prepare to forcibly enter it if necessary.

The stalemate continued until shortly after 2:30 p.m., when the suspect exited his residence and was taken into custody, Tortorella said.