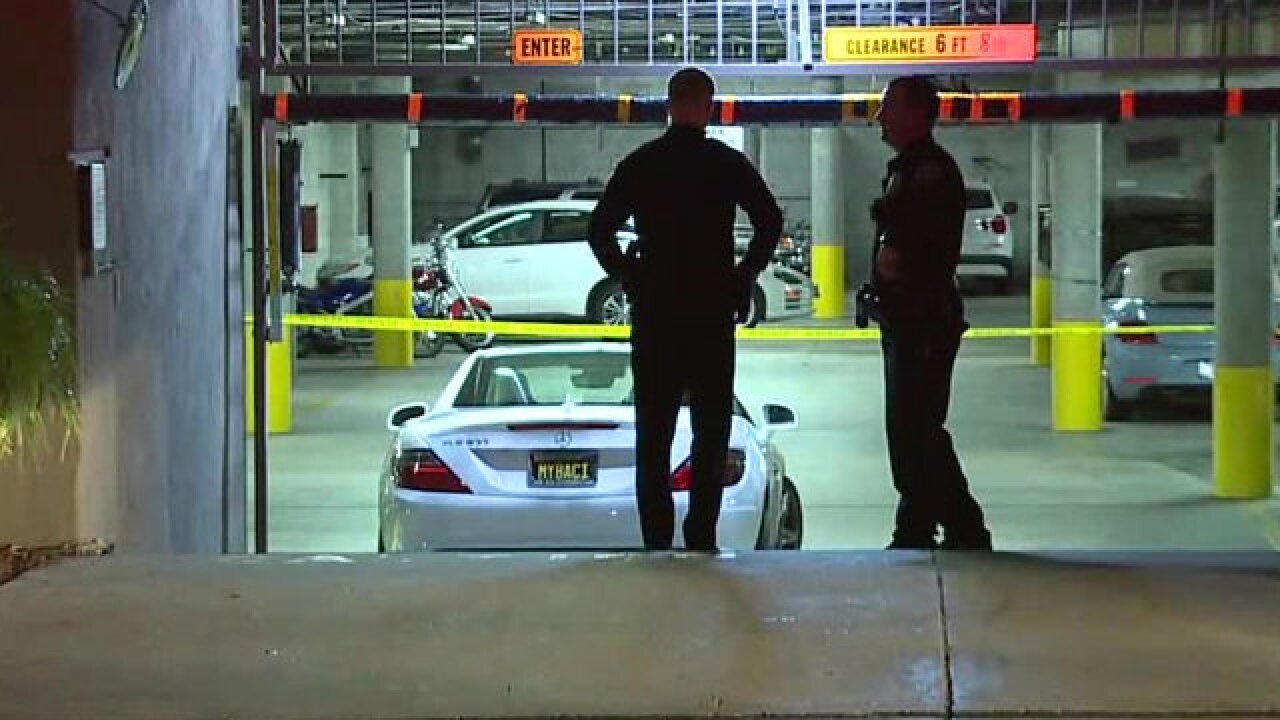 SAN DIEGO (KGTV) - A man was killed after he was run over by a car that was entering a Hillcrest parking garage Friday morning.

The incident was reported shortly before 4:30 a.m. in the parking structure of an apartment building in the 1200 block of Cleveland Avenue, according to San Diego police.

Police told 10News that a woman driving a white Mercedes was entering the parking structure when she ran the man over, causing his body to be lodged under the car.

According to police, the man was sleeping near the garage driveway.

The woman, who lives in the apartment complex, told police she did not see the man as she drove into the garage.

The car had to be lifted by a tow truck to remove his body.

Police closed the parking garage due to the investigation.