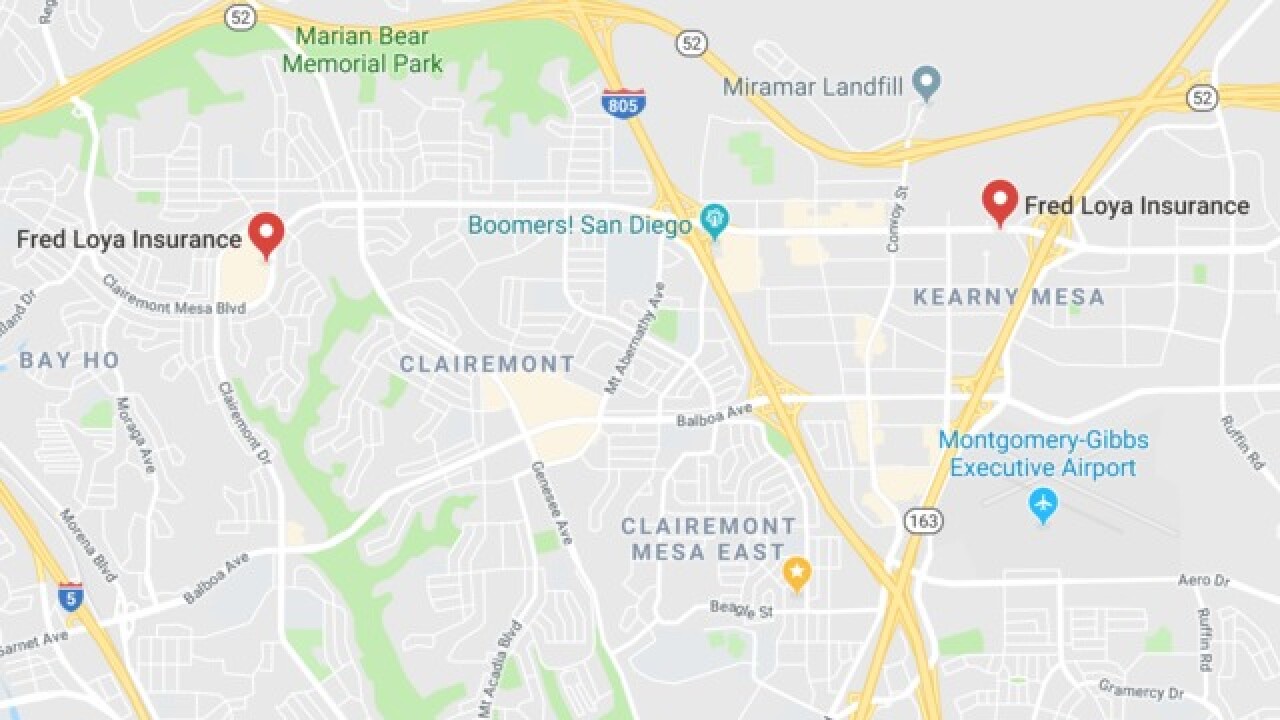 The first robbery happened about 5 p.m. at the location on 8333 Clairemont Mesa Blvd. and Mercury St. in Kearny Mesa.

A man walked into the office with a handgun, demanding cash and walking out with money. No one was hurt, police said.

The second robbery happened about 45 minutes later three miles away at the Fred Loya Insurance office on 4120 Clairemont Mesa Blvd. and Rolfe Rd. in Clairemont.

The man left with an undisclosed amount of cash, according to Lt. Andra Brown.

Police said the man was wearing a burgundy hoodie with the hood up and a ball cap.