BASE jumper leaps from crane at downtown San Diego building 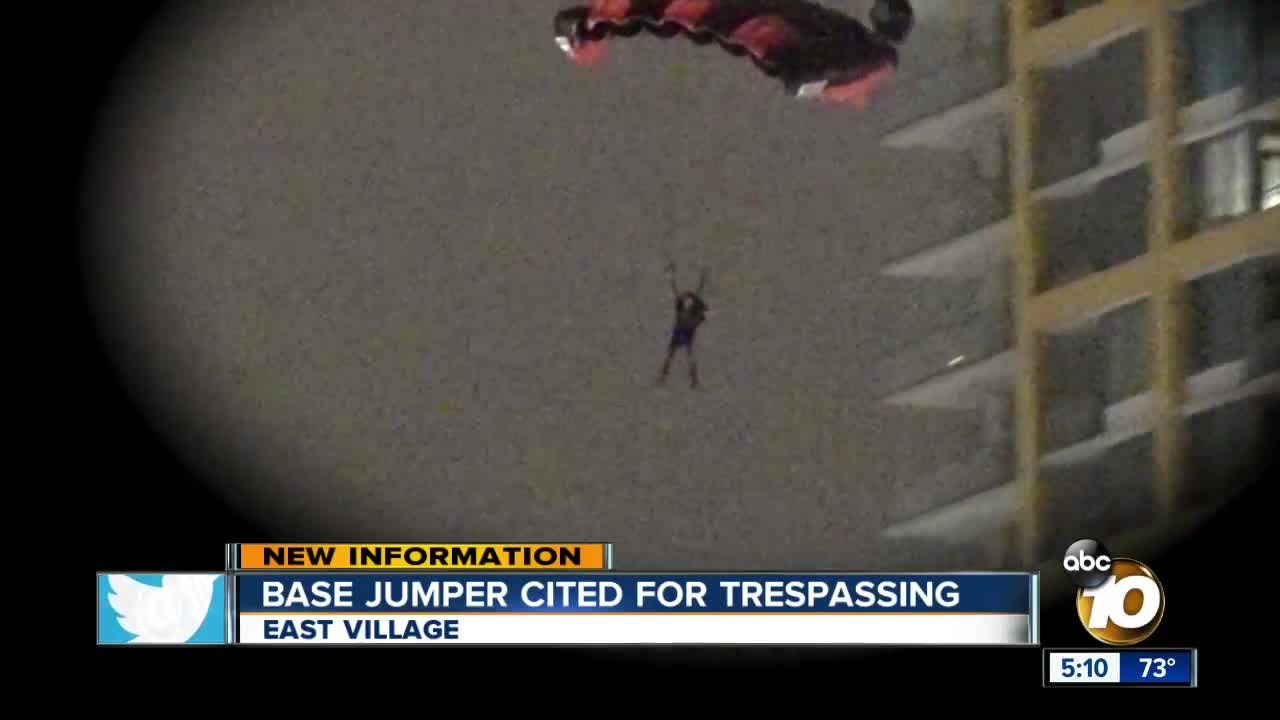 10News spoke to Nicholas Marinkovic, after his BASE jump from a tower crane in San Diego. 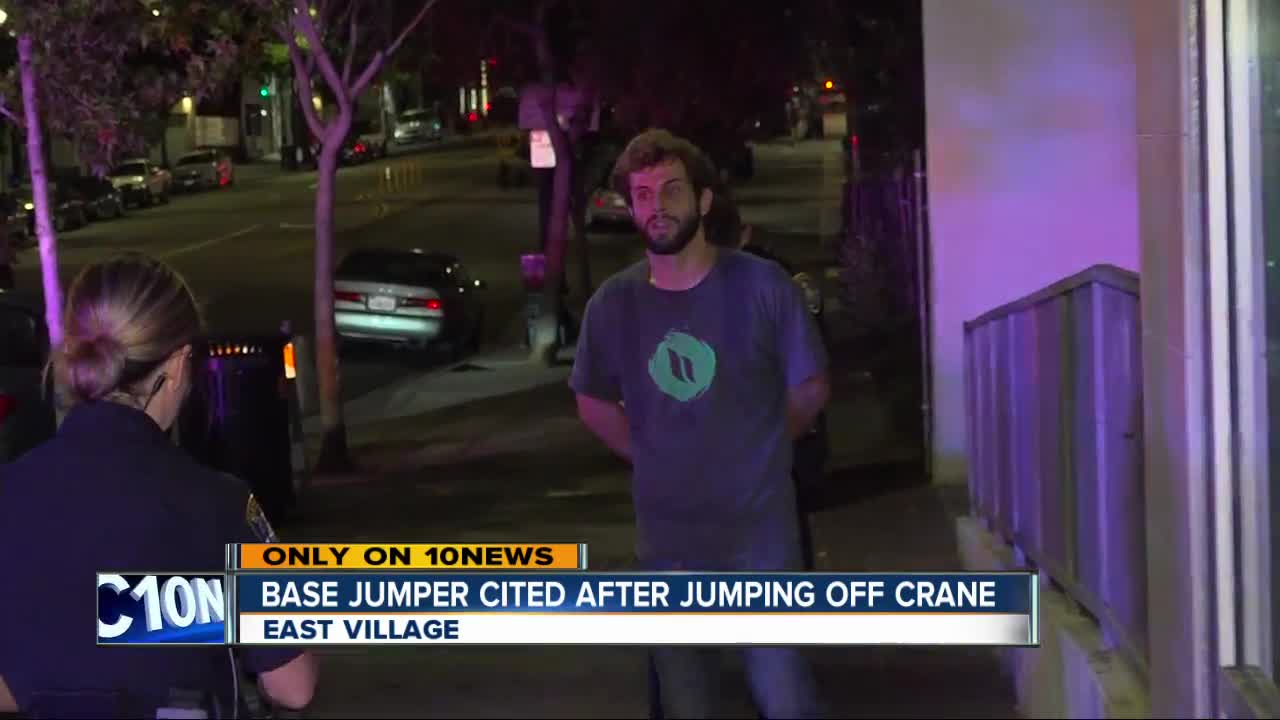 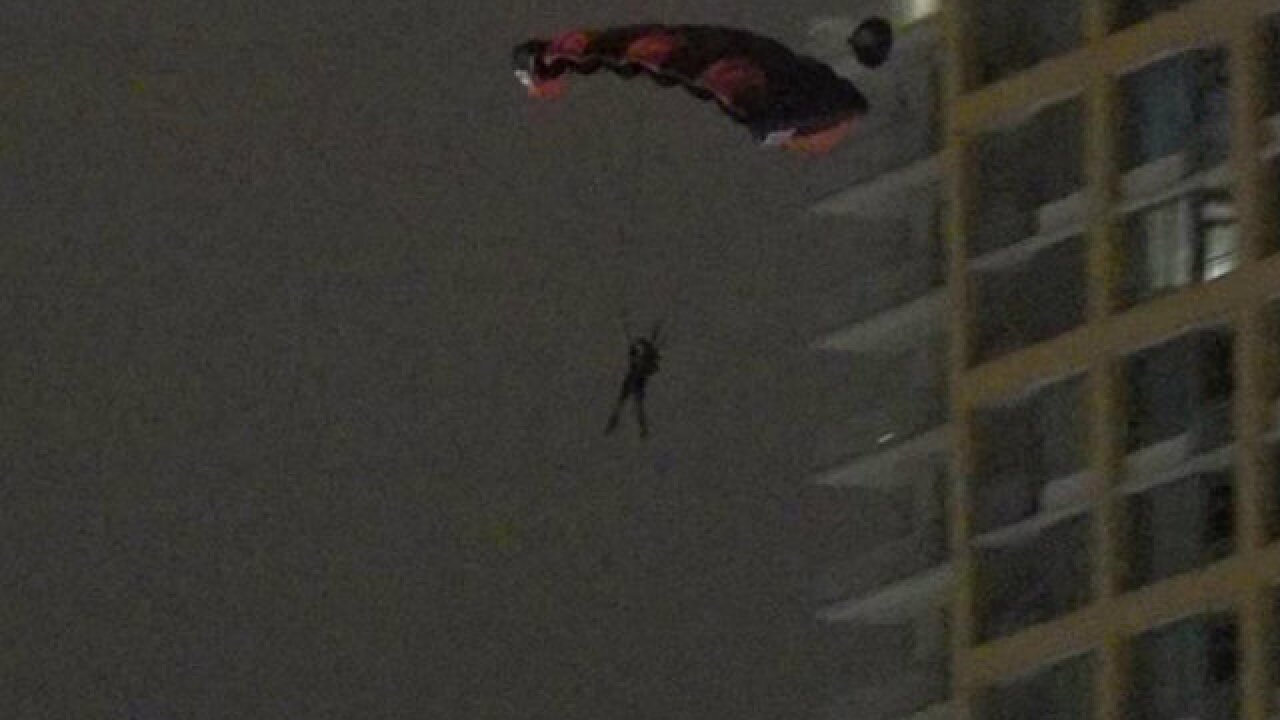 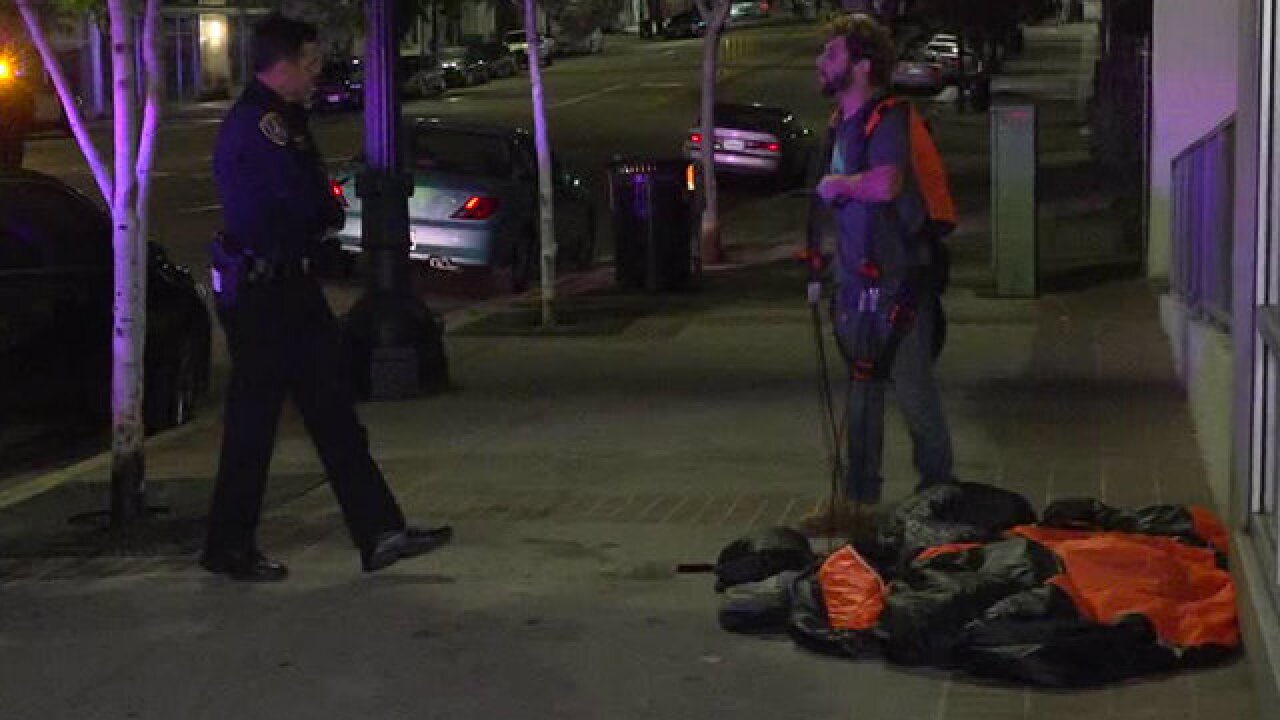 SAN DIEGO (KGTV) - A man was arrested by San Diego police early Friday morning after he BASE-jumped about 500 feet from a crane in the East Village.

At around 12:30 a.m., security guards at an unfinished high-rise apartment building on 15th and Market streets called police after seeing someone climbing up a crane next to the building.

Responding officers arrived and spotted a man with a parachute harness about halfway up the side of the structure. The police helicopter ABLE hovered at the scene as officers used a loudspeaker to tell the man not to jump.

The man ignored orders and proceeded to jump from the crane, successfully deploying his parachute as he floated down to the street.

After landing safely in the middle of Market Street, the man was arrested after surrendering to police without incident. He did ask that officers be gentle with his expensive parachute as they confiscated it.

The man, who referred to himself as “the Professor of Adventure,” was given a trespassing citation and could face a fine to pay for the emergency response.

After being released from police custody, the man identified himself as Nicholas Marinkovic and told 10News reporter Mimi Elkalla that he performs jumps all over the world and teaches others how to BASE jump.

Regarding his jump, he said he didn’t understand what the big deal was.

“It caused a lot of commotion. Let’s see … there was like 13 police cars, multiple responders, two fire trucks; it was a big deal. Apparently, everyone got all riled up about me having a good time,” Marinkovic said.

Marinkovic told 10News he still hasn’t gotten his parachute back from police.

A man climbed up a 500 ft building in the East Village, then opened up a parachute and jumped off. He was taken to jail & cited for trespassing. He’s out now, I interviewed him and I’ll have more of what he had to say on @10News this morning. pic.twitter.com/QF4uzKTR2c

Friday's incident was not the first time BASE jumpers have taken off from San Diego skyscrapers.