Man hit by car, killed on I-805 lanes in Sorrento Valley area 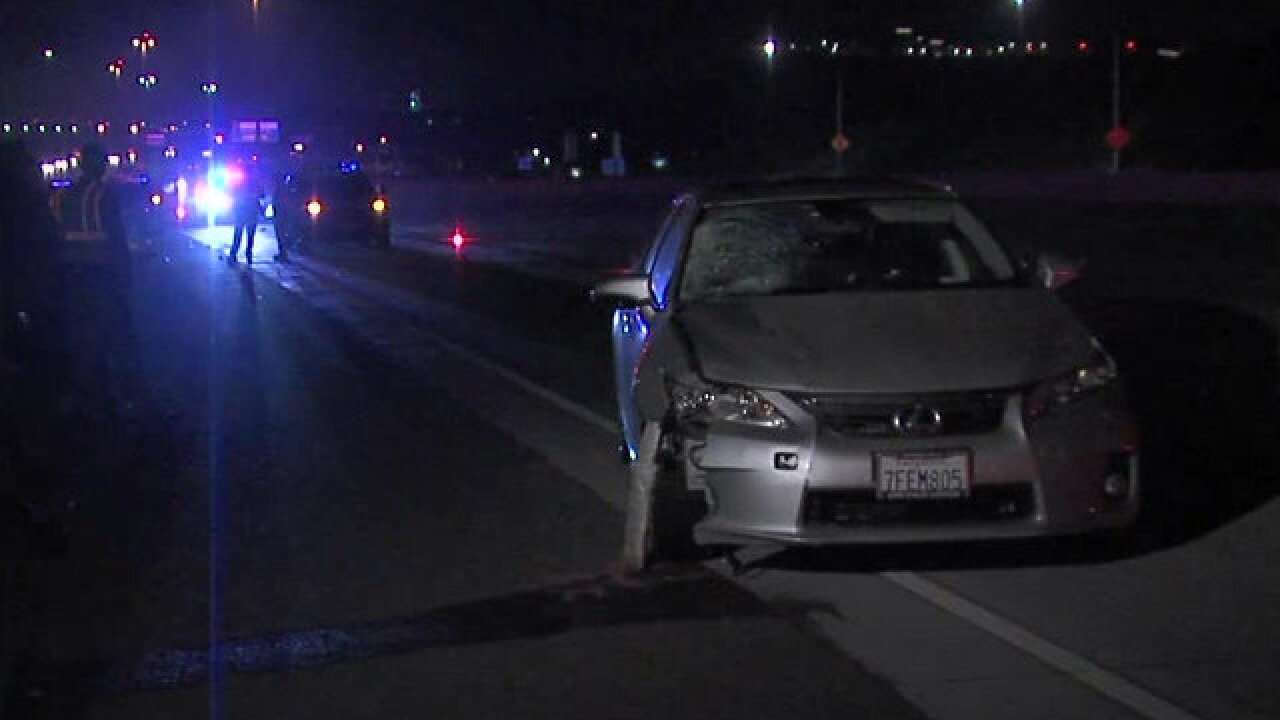 SAN DIEGO (KGTV) - A man was struck and killed by a car on northbound Interstate 805 in the Sorrento Valley area Friday morning.

The incident was reported at around 3:30 a.m. on the northbound side of I-805 near the Sorrento Valley Road exit, according to the California Highway Patrol.

CHP officials told 10News a 20-year-old woman was driving a Jeep Cherokee with her 24-year-old boyfriend in the passenger seat when he "became emotional" and told her to pull the vehicle over.

CHP officials said after the woman pulled over, the man got out of the car and walked onto the freeway lanes, where he was hit by an oncoming car.

The victim was pronounced dead at the scene and the driver of the car that hit him remained at the crash scene and was interviewed by California Highway Patrol officers.

At least two lanes on northbound I-805 were blocked for at least 20 minutes due to the collision, but the scene was cleared by 5 a.m.