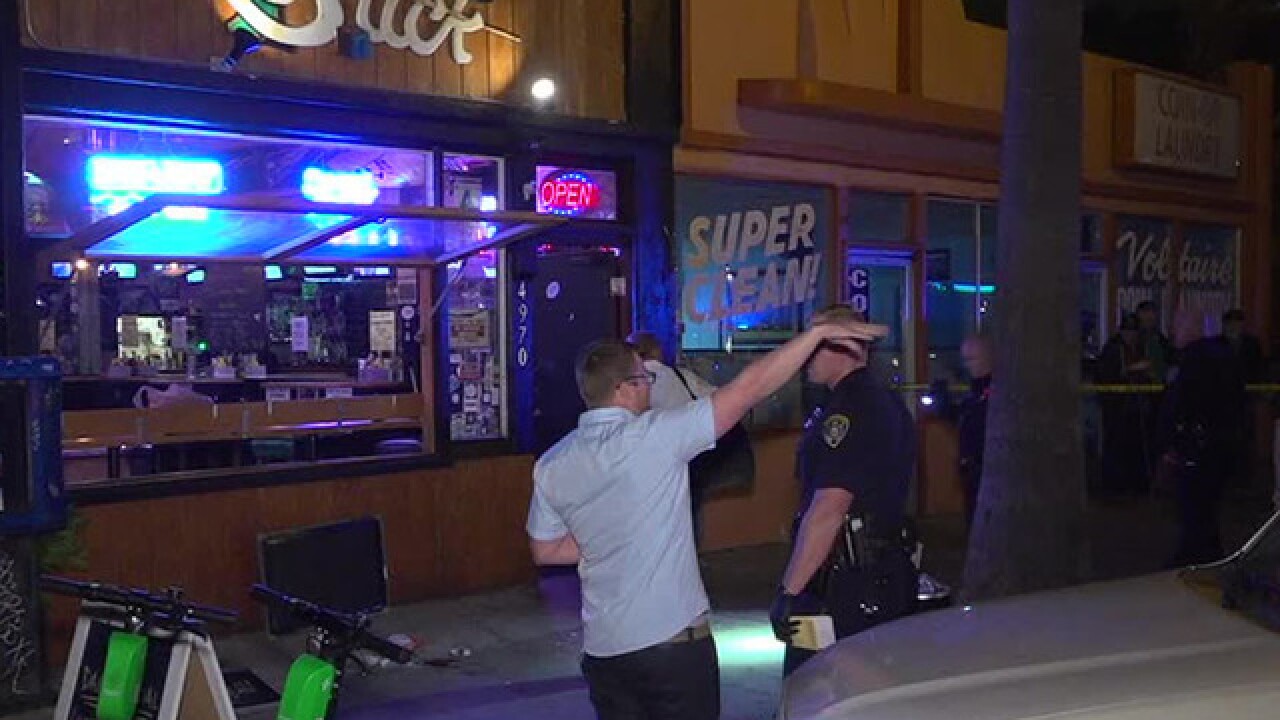 SAN DIEGO (CNS) - A 23-year-old man who fled after fighting with another man was stabbed twice in the right arm and once in the right side Friday after the man followed him to a bar in Ocean Beach, police said.

The series of events began at 1:10 a.m. near the intersection of Voltaire and Cable streets, San Diego police Officer Robert Heims said.

The 23-year-old man fought with another man for unknown reasons near the intersection, then ran inside the Tilted Stick Bar & Grill, at 4970 Voltaire St., Heims said.

The suspect followed the man inside then stabbed him twice in the right arm and once in the right side before fleeing the bar in an unknown direction, Heims said.

The victim was transported to a hospital for treatment of the injuries, which were not believed to be life-threatening, Heims said.

The suspect was described as a white man, between 5 feet 10 inches and 6 feet, weighing about 175 pounds, with a shaved head and a beard. He was last seen wearing a dark blue T-shirt and blue jeans.