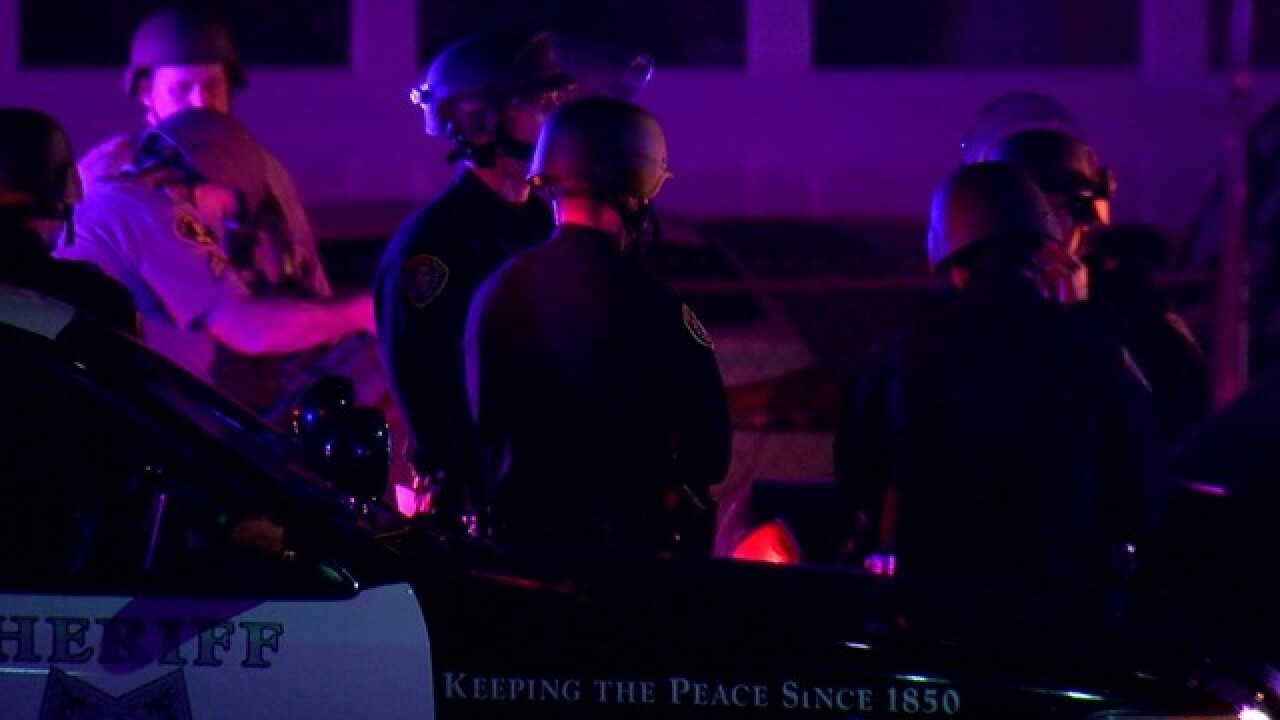 EL CAJON -- A man holding a woman hostage fired shots then barricaded himself into an apartment for a three-hour standoff Thursday night before surrendering himself to police.
The incident occurred about 10:15 p.m. Thursday when officers responded to a possible gun shot heard in an apartment complex in the 900 block of Estes Street, El Cajon Police Lt. Royal Bates said.
"As officers arrived, they received an additional report that a disturbance was occurring inside of one of the apartments," Bates said. "When officers knocked on the apartment door and announced who they were, a man inside fired one gunshot through the front door in the direction of the officers."
Bates said backup police units, including the El Cajon Police SWAT Team, were called in to assist.
"Officers learned the suspect inside was holding an adult woman hostage," Bates said. "After negotiating with the suspect for nearly three hours, he agreed to release the hostage. Moments after that the suspect exited the apartment and surrendered to police."
Bates said the suspect, later identified as 45-year-old Edward Wilkinson, was booked into the San Diego Central Jail on multiple charges of first-degree attempted murder, assaulting a police officer with a firearm and false imprisonment with violence.
City News Service Modified 2015