Man falls off I-8 overpass, lands on roof 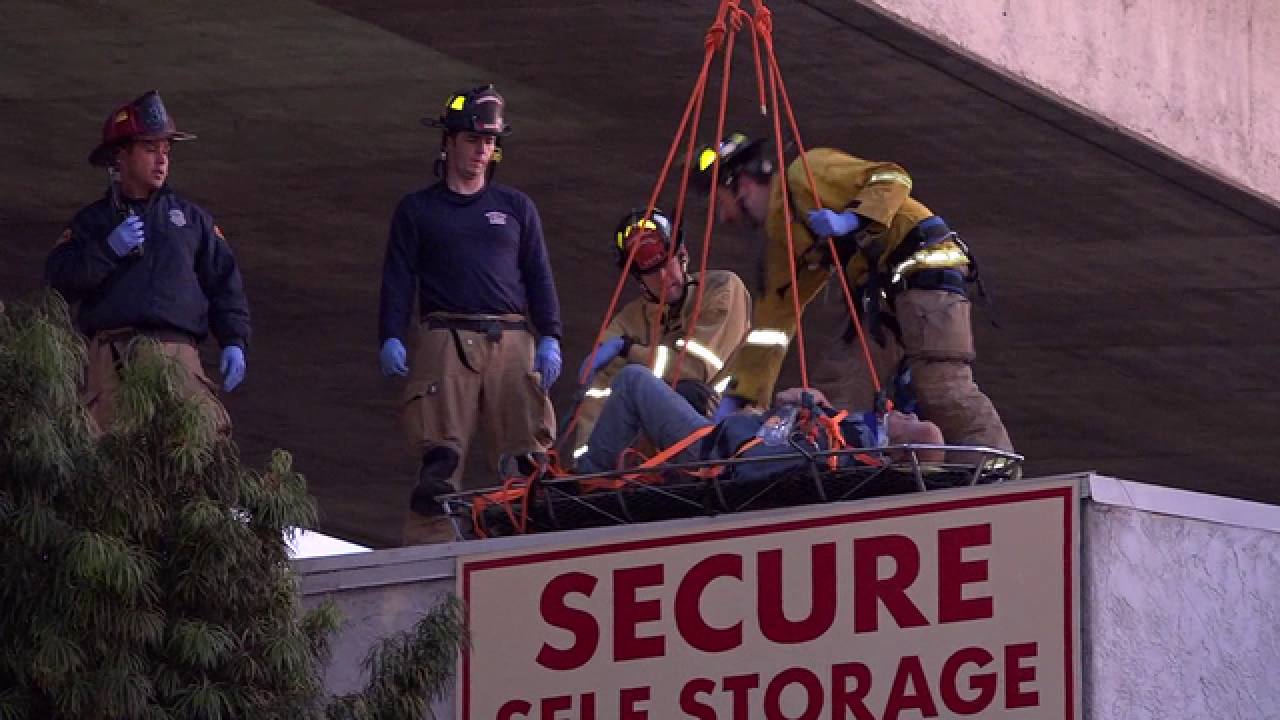 By: 10News Digital Team
Posted at 4:51 PM, Dec 09, 2015
SAN DIEGO – A man was rescued after mysteriously falling off a freeway overpass and landing on a roof in Old Town early Wednesday morning.
The man told San Diego police he was wandering along the Interstate 8 freeway when he got disoriented and fell off the freeway at the Interstate 5 interchange and landed on a roof.
Police were unsure when the man fell. He was discovered sometime before 5 a.m.
Pacific Highway was shut down for several hours while San Diego Fire-Rescue crews rescued the man. They lowered him off the roof in a basket and transported him to a nearby hospital with undisclosed injuries.
Pacific Highway was reopened around 7 a.m.
Scripps Only Content 2015