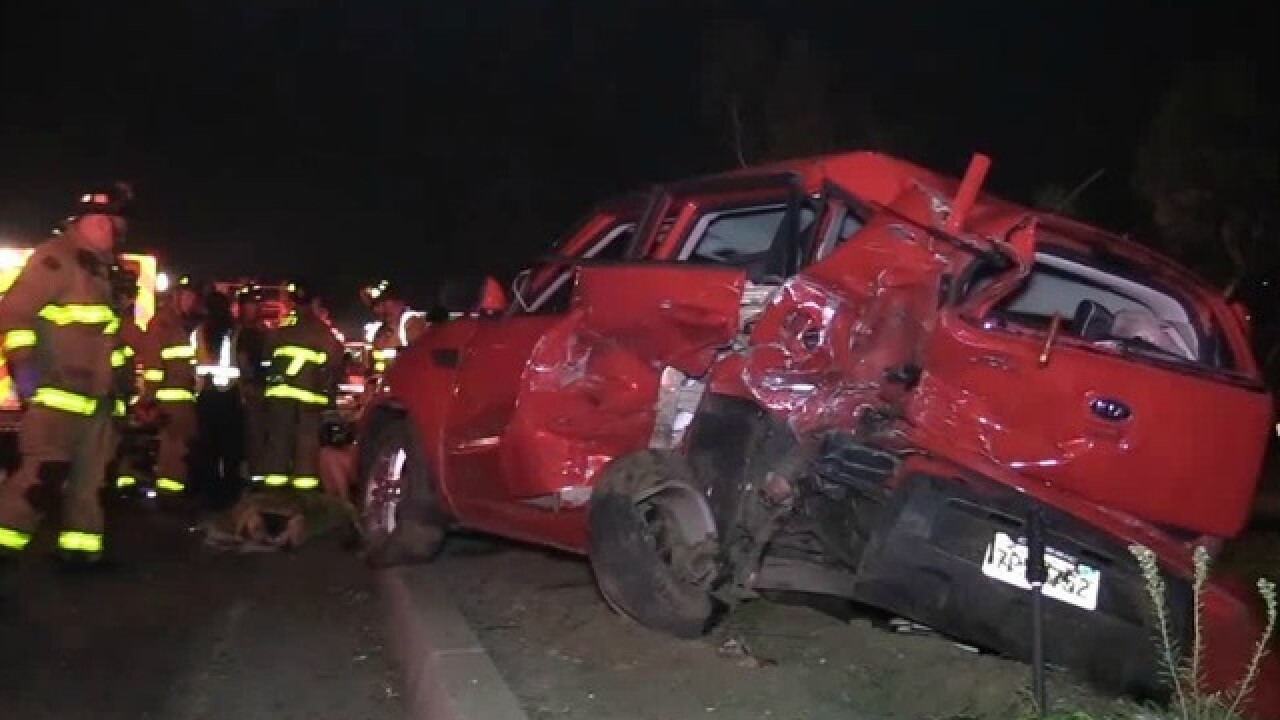 SAN DIEGO (KGTV) -- The man who was convicted of driving drunk when he hit a Lyft car, killing the driver, was sentenced in court Thursday.

Steven Quintero was sentenced to 16 years in prison following an emotional day in court in which three young women in the car at the time of the crash and the victim’s sister all gave statements.

“The worst part of my story is that I remember every detail of the crash," said Kelly Hoffman with a shaky voice. "I am haunted by the memory of the violent, powerful impact and the sound of the bending metal and shattering glass," she added.

A jury convicted Quintero of DUI causing injury, hit-and-run and driving on a suspended license in the crash that killed Henry Reyes along State Route 94 just east of downtown San Diego.

The crash happened on October 1, 2016. Reyes pulled over on the side of the road when one of the passengers inside the Lyft, Sarah Smith, got sick.

When Reyes pulled over, he got out to help Smith out of the car and get her water. While walking around the front of the car to get back in, the Lyft was struck from behind, killing Reyes.

Smith, Hoffman and Jessica Techel all suffered major injuries in the crash. “When I see photos of the car I am reminded that I’m lucky to be alive, have all my limbs and my mental capacity," Techel told the court.

Reyes' sister brought photos of her brother to court. In one of them, he was with his 2-year-old son.

Evette Rous testified how important her brother was to her and her family.  He gave her away at her wedding, and was always around with a sarcastic comment for his sister. She said her life is forever changed. “When Steven Quintero made the decision to drink and drive, he not only killed my brother, he killed a part of each of us who lived Henry. He killed dreams, and memories yet to be made," she said.

Rous said her mother didn't come to court because she felt there was no justice for Henry Reyes.

The victims all testified they were disappointed when two different juries failed to convict Quintero of murder.  In exchange for not trying Quintero a third time, he agreed to go to prison for 16 years, without the possibility of probation.  Quintero also agreed not to appeal his case.

Quintero did not address or even look at his victims as they spoke.  His attorney told them he apologizes for his actions and is filled with remourse.

Rous called the apology an insult.

The 2016 crash wasn’t the first time Quintero was found to be driving under the influence. In 2015, he was also convicted of DUI.