Driver who hit and killed Lyft driver in 2016 faces retrial 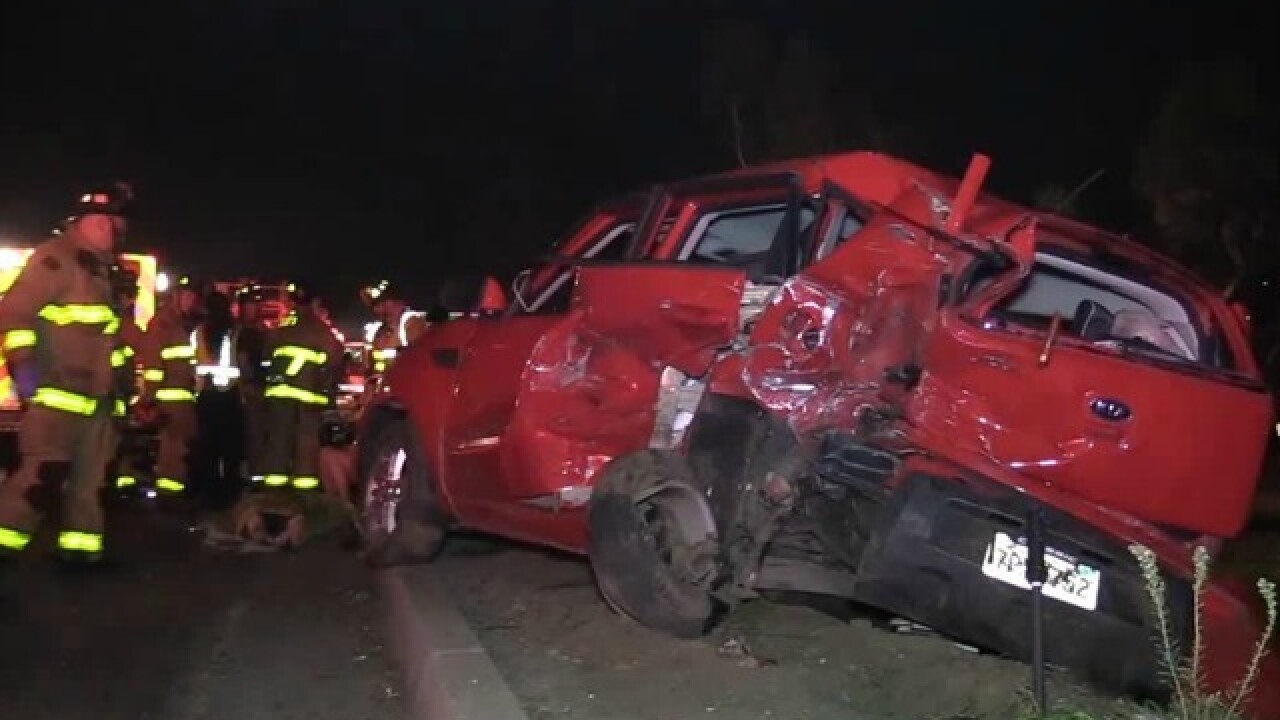 Copyright 2017 Scripps Media, Inc. All rights reserved. This material may not be published, broadcast, rewritten, or redistributed.
<p>Henry Reyes's red Kia is shown after the fatal crash on October 1, 2016. </p>

SAN DIEGO (KGTV) - The drunk driver who hit and killed a Lyft driver on Oct. 1, 2016, wasn’t driving under the influence for the first time, a prosecutor told a jury on Thursday.

Steven Quintero went to trial for the second time on murder and manslaughter charges in the death of Henry Reyes, 41, of Escondido.

Reyes was helping a sick passenger on the shoulder of Route 94 when he was hit and killed.

A jury found Quintero guilty of DUI causing injury, hit-and-run and driving on a suspended license in April.

However, it was deadlocked on charges of second-degree murder and gross vehicular manslaughter.

Quintero, who was convicted of DUI in November 2015, “was warned of the dangers of drinking and driving, [but] he did it anyway,” said Deputy District Attorney Cally Bright.

His defense attorney, Suesan Gerard, said to the jury in the retrial that Quintero, who has a severe learning disability, made poor decisions but "is not a murderer."

Kelly Hoffman, a passenger in the Lyft, testified last year that she and two friends had gotten drinks at a couple of nightclubs in downtown San Diego nightclubs before ordering a Lyft home.

Hoffman said Reyes was driving them home around 1 a.m. when passenger Sarah Smith got sick.

Reyes pulled onto the shoulder of eastbound state Route 94 near 28th Street to help her out of the car and give her water, according to Hoffman.

Just minutes later, as Reyes was walking around the front of the car to get back in, the Lyft was hit from behind and he was killed.

He was an aspiring dentist and the father of a 2-year-old child.

According to court testimony, Quintero was getting on the freeway at 25th Street when he slammed into the Kia.

Hoffman, who was on the phone in the backseat when it happened, said she "was hit so hard I didn't know where I was."

She said she suffered a broken bone in her foot, whiplash and a concussion.

Smith had cuts to her chin, a neck injury and a bruised spine, but no memory of the crash.

Quintero walked away from the collision but was arrested nearby shortly afterward. A female passenger in his car suffered a broken wrist.