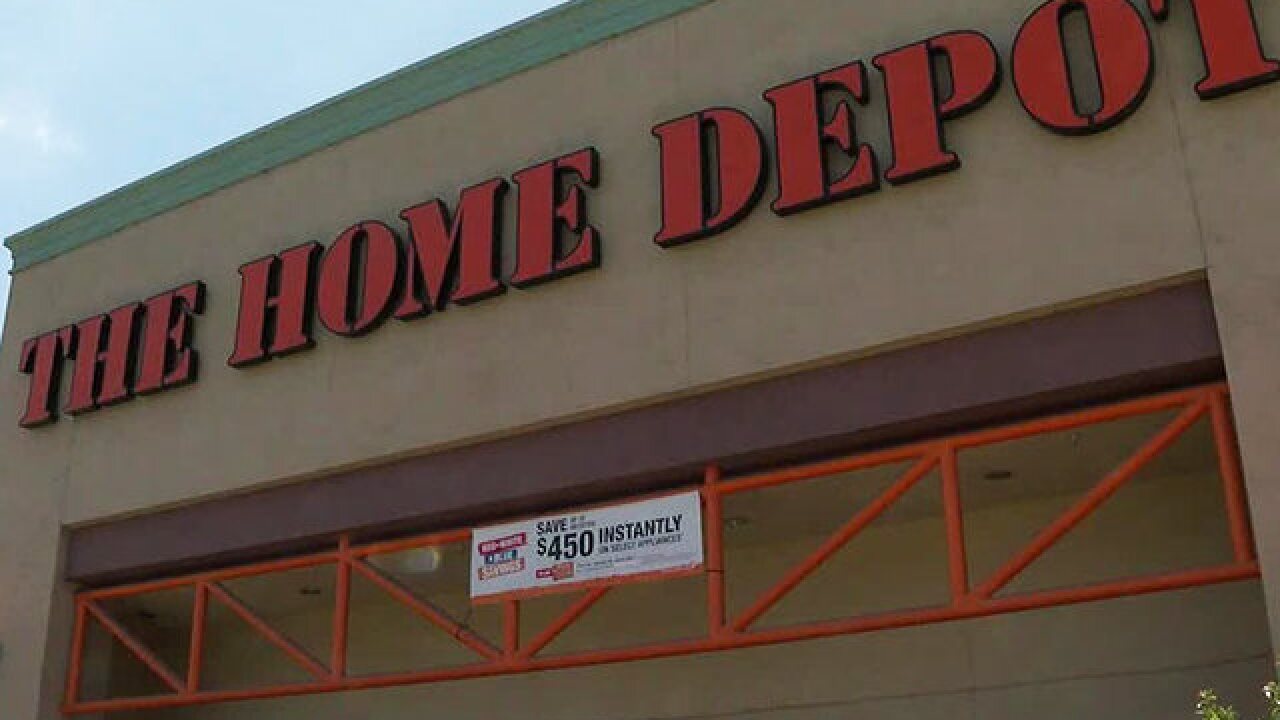 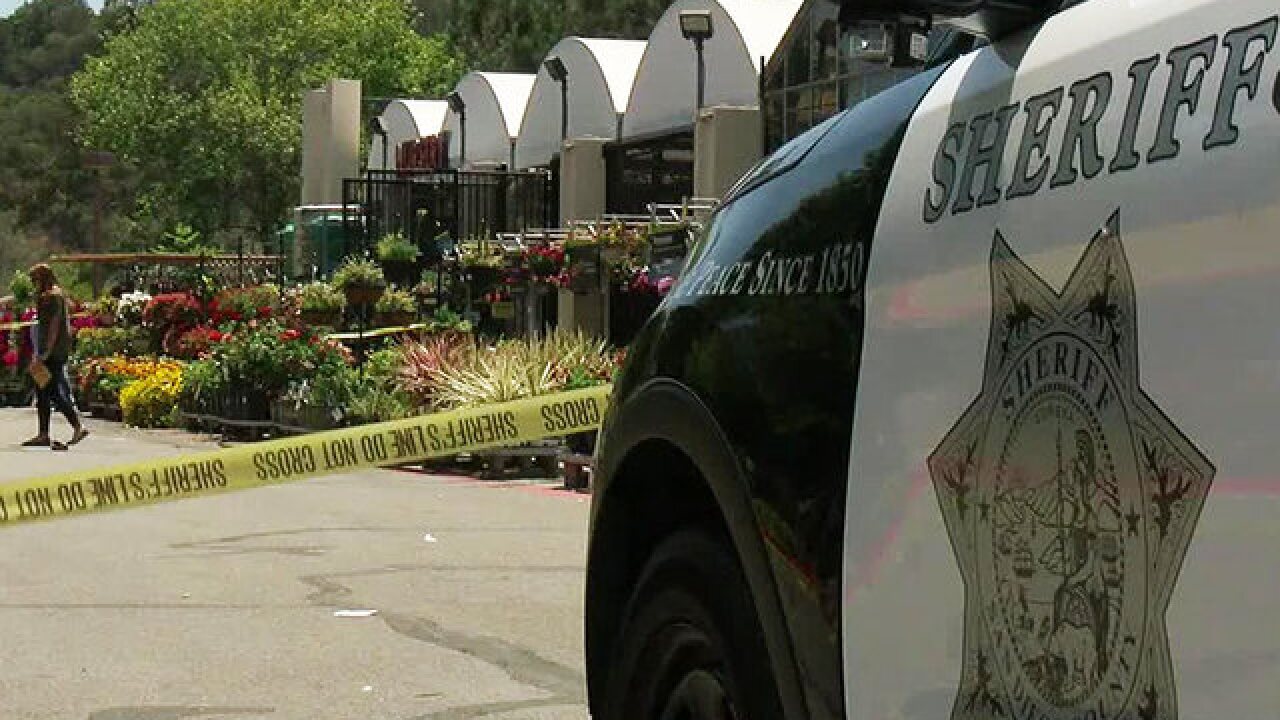 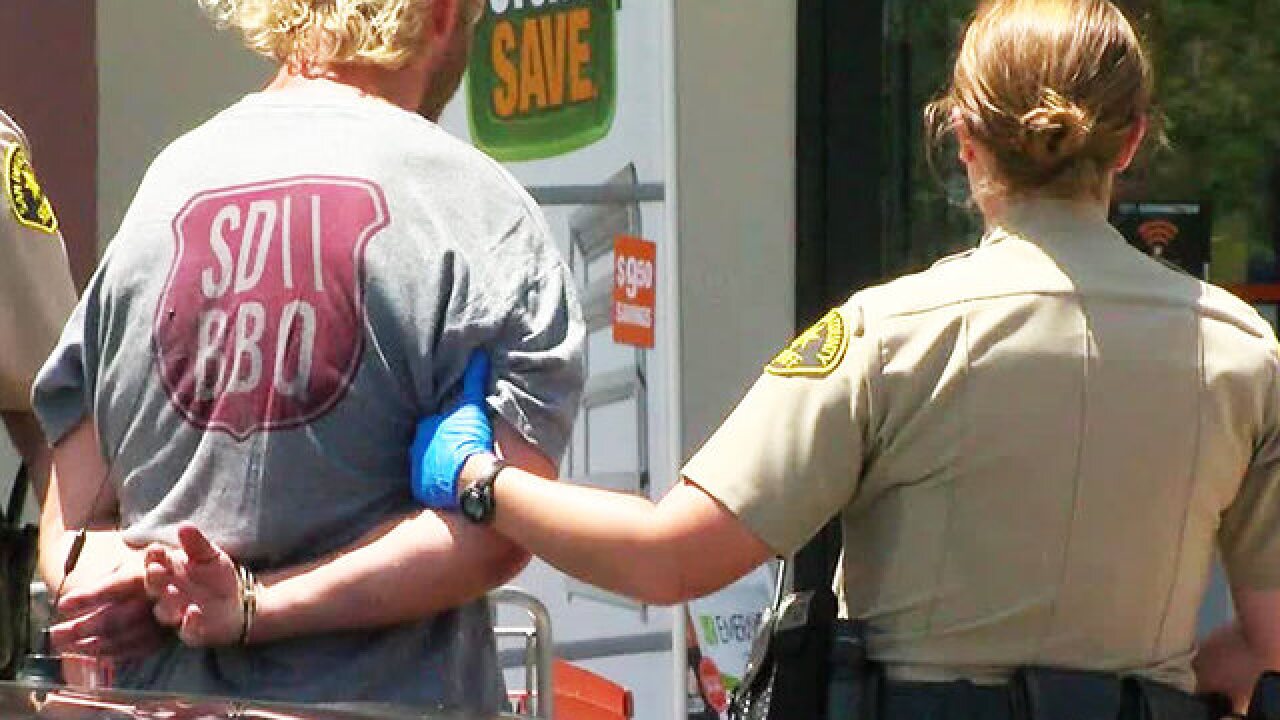 A man was arrested after he allegedly stabbed an employee at a Home Depot store in Encinitas Friday.

A witness told 10News several people were yelling at a male driver who was driving erratically and fast through the store's parking lot.

The witness said the man, identified as 34-year-old Sean Burton, stopped and got out of his car at the store's outdoor garden section.

Sheriff's officials said the Burton "had thrown a folding blade knife at an employee who was watering plants outside the garden center portion of the store. The knife entered the employee's leg causing a minor wound with bleeding. An off-duty paramedic was on scene and provided medical aid to the victim."

The witness told 10News she ducked behind a cash register as sheriff's deputies pursued Burton into the store, where he ran into the area where she was hiding.

According to the witness, a deputy caught up to Burton and ordered him to get on the ground before arresting him.

The victim was taken to the hospital and treated for a minor wound to his upper leg before he was released.

Burton was arrested on suspicion of assault with a deadly weapon. He was taken to the Vista Detention Facility.