Team 10 found people who should not be receiving aid.

SAN DIEGO (KGTV)-  Tens of thousands of people in San Diego are on a waiting list for rental assistance.

According to the San Diego Housing Commission, the Section 8 voucher program is currently helping about 15,000 families.

With the need so great, Team 10 wanted to know if everyone getting help qualifies for a voucher.

Representatives with the housing commission said it is possible for people to be above the limit.

"We also have less than a quarter of one percent of our families who may exceed the 80 percent gross income, and that's a natural progression,” said Azucena Valladolid, Senior Vice President, Rental Assistance and Workforce Development. “Over the course of the time on our program, they may have increased their earnings.”

Valladolid explained that federal regulations require the San Diego Housing Commission to provide rental assistance to those families for an additional six months before they transition them off of the program.

She said someone working for the housing commission determines whether or not someone qualifies for the voucher program. Valladolid says officials verify income, assets, and family composition to determine eligibility.

One of the housing commission's initiatives is to help promote self-sufficiency, so instead of looking at income yearly, they re-certify every two years.

"In addition to streamlining the efforts for the re-certification process it was also a way for families to be encouraged to increase their earnings over the years and not face an immediate adjustment to the rent portion when their income did go up,” Valladolid said.

According to the housing commission, the majority of the households they serve are currently at or below 30 percent of the county's area median income of $81,800. 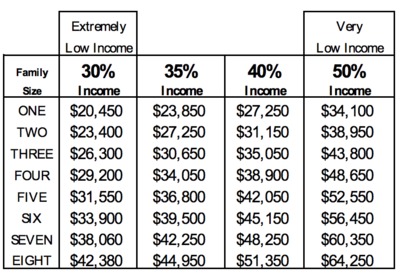 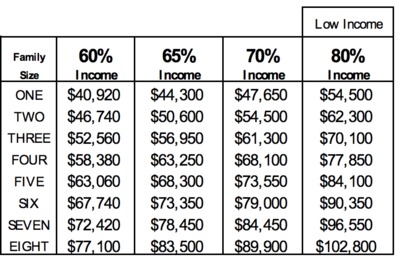 The value of a voucher is around $10,000 for an individual family per year. If you do the math, that's close to $150 million in funds directly benefiting people in San Diego.

Using 2017 data provided to Team 10 by the housing commission, we discovered the average number of people living in a home with a voucher is two, although the data 10News reviewed showed instances where ten to twelve people are sharing one home.

Find out if you're eligible for housing assistance here.