The data, released Tuesday by CoreLogic, shows home sales throughout the county are down more than two percent since May, and over nine percent compared to June of 2017.

RELATED: Making a longer commute could save San Diegans money on housing

Oddly enough, sale prices fell by nearly one percent between May and June of 2018.

“Last month’s sales were the lowest for a June in four years, and sales during the April-through-June period were also at a four-year low for that quarter,” said Andrew LePage, a CoreLogic analyst.

For comparison, since 1988, home sales between May and June in Southern California typically see a gain of more than six percent.

Further information in the report shows that more than 22 percent of all homes sold throughout Southern California in June of 2018 were absentee buyers, mostly investors and some vacation home buyers.

RELATED: Making It In San Diego: Strangers team up to afford the rent

Check out the charts below for more:

Month-to-month report May through June 2018: 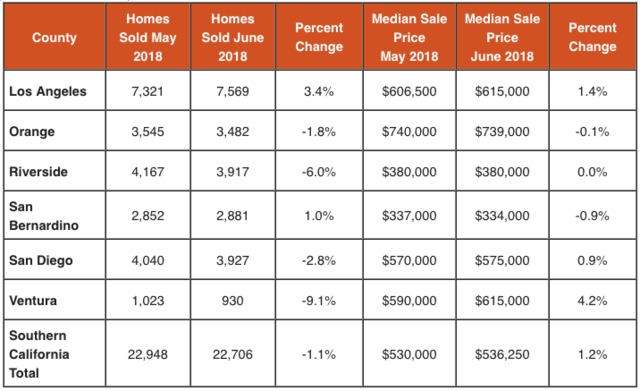 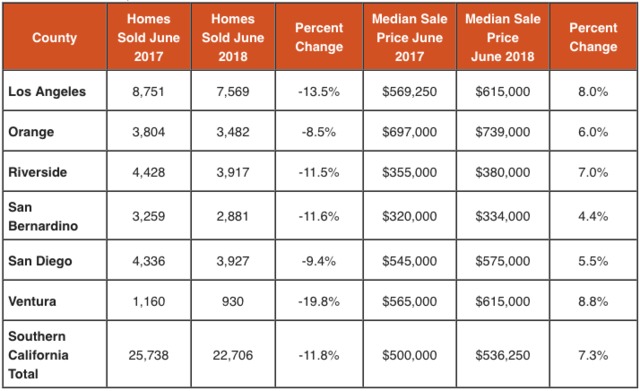