SAN DIEGO (KGTV) -- April wasn’t kind to the economy in San Diego County, according to a new report from the University of San Diego School of Business.

The leading economic indicators for the county fell 0.2 percent. The drop in the local economy was led by a sharp drop in residential housing units that were authorized by building permits.

According to USC, the number of online help wanted ads were also down.

Other key issues the study looked at were unemployment insurance, consumer confidence and national economy. Those areas all saw increases. 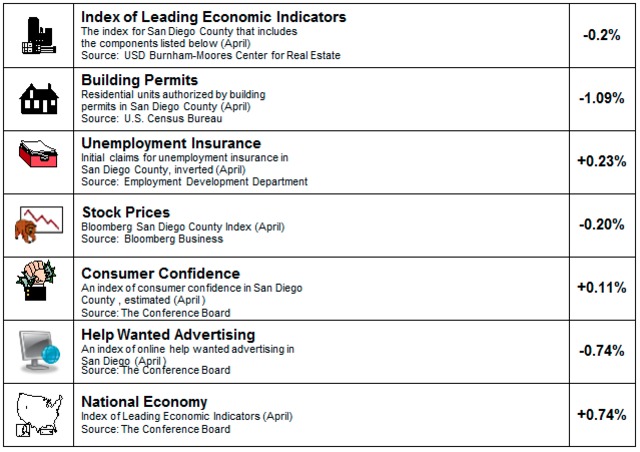 According to the report, economists usually look for three consecutive changes in the index to signal turning points.

Though the report shows a sluggish April, the outlook continues to be for a strong local economy through the end of the year and into the beginning of 2019, USD says.

The report goes on to warn that one thing that could negatively affect the economy is the ever-increasing price of gas.

Over Memorial Day weekend, the price of gas was roughly 70 cents higher per gallon than the previous year.

RELATED: SD housing not keeping up with population growth | SD woman climbs out of $133,000 debt hole | This is how much space $200K will buy you in SD | How much you need to earn to buy a home in SD