Making It in San Diego: Steep drop in housing affordability in the county 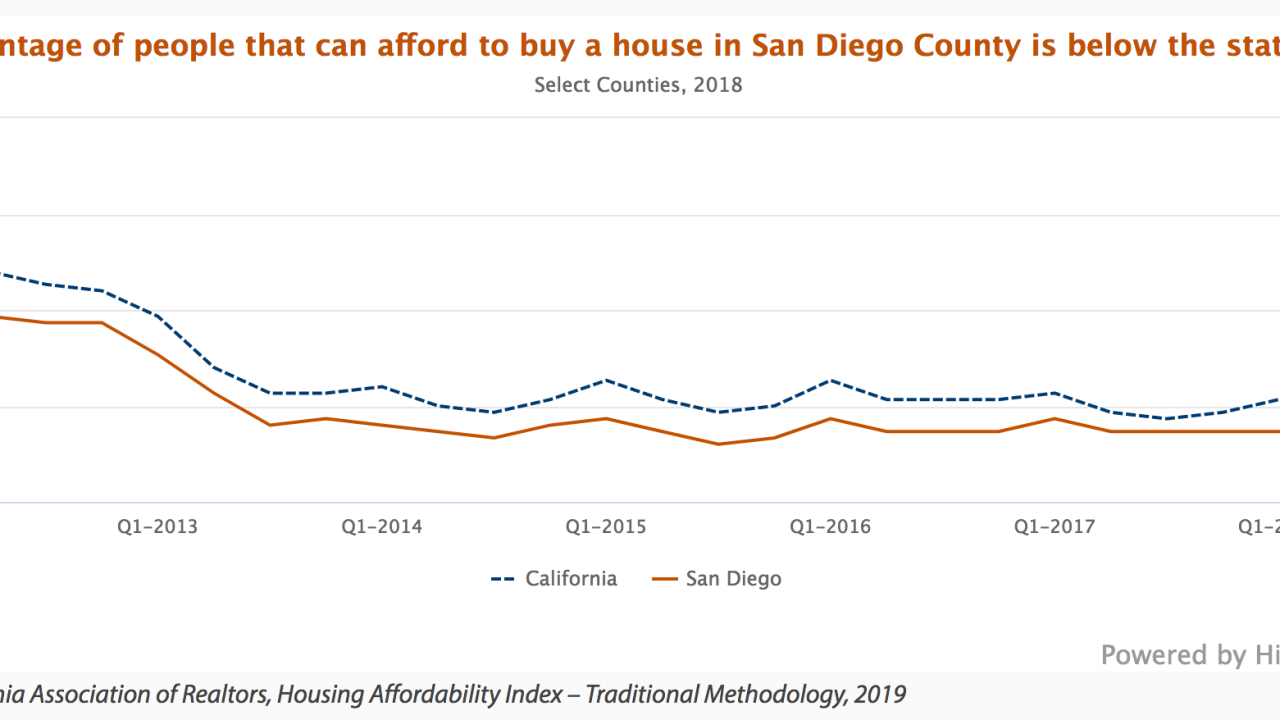 Housing received a thumbs-down because the Housing Affordability Index for San Diego County decreased from 26% in December 2017 to 24% in December 2018. In 2012, more than 45% of county residents could buy a median-priced home.

The report on housing affordability was part of the annual Quality of Life Dashboard released by the Equinox Project, The Nonprofit Institute at University of San Diego.

"The change is steep and following the state trends," said Christiana DeBenedict of The Nonprofit Institute.

According to the report, 38% of local homeowners devote more than a third of their income to their mortgage.

DeBenedict says add it all up, and it hurts locals employers trying attract and keep talent. The economy is also hurt.

RELATED: Making It In San Diego: Strangers team up to afford the rent

"People don't have as much disposable income. That money isn't being put back into the economy," said DeBenedict.

According to the Equinox Project, the affordability crisis translates into an estimated $2.4 billion economic loss for the region every year.