Image copyright 2018 Getty Images. All rights reserved. This material may not be published, broadcast, rewritten, or redistributed.
Sean Gallup
<p>BERLIN, GERMANY - APRIL 04: A woman talks on a mobile phone from the balcony of a nearby apartment building as workers stand at the construction site of a new residential complex on April 4, 2018 in Berlin, Germany. A construction boom is underway in the German capital as developers seek to cash in on the city's growing population and popularity. (Photo by Sean Gallup/Getty Images)</p>

SAN DIEGO (KGTV) -- A new report from Apartment List shows that rent growth is slowing down this year in San Diego.

According to the 2018 report, of the 25 largest cities in the country, San Diego ranks seventh for year-over-year rental growth at 1.8 percent.

San Diego isn't the only city to see slowing growth. According to the rental site, annual growth rates at the national level are also seeing a downward trend.

The site adds that though rental growth has slowed, it remains in positive territory with rents still increasing overall, just at a slower pace. 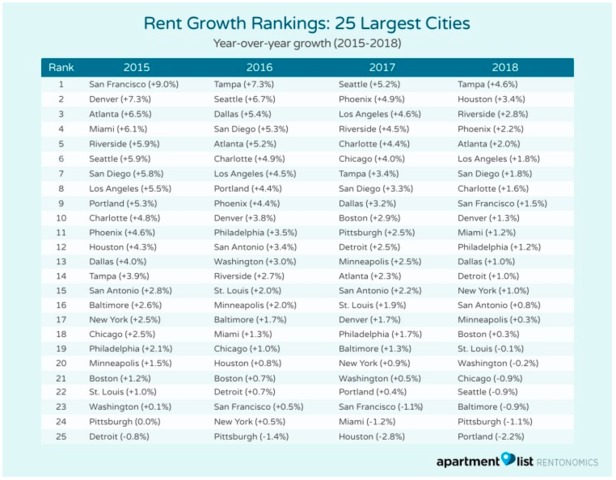