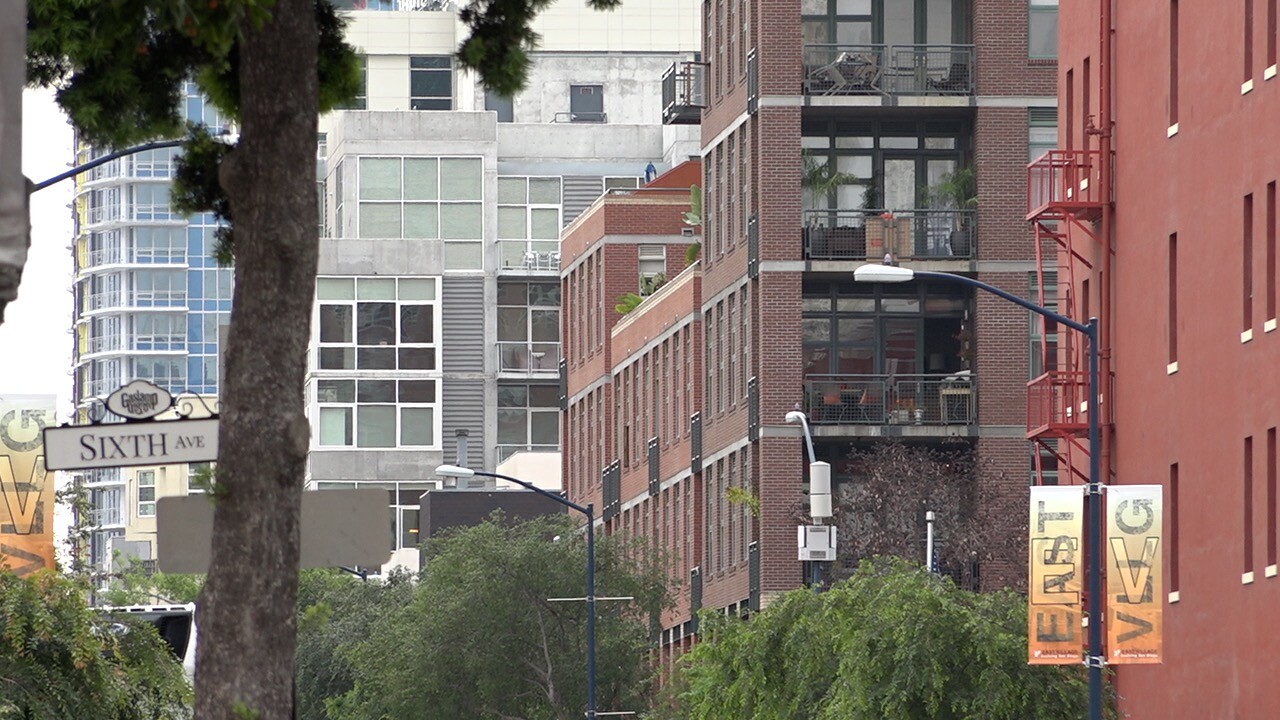 Copyright 2019 Scripps Media, Inc. All rights reserved. This material may not be published, broadcast, rewritten, or redistributed.
Jonathan Horn
Apartments and condos in downtown San Diego

SAN DIEGO (KGTV) — San Diego's cost of living runs more than $2,500 a month, making it one of the worst monthly hits in the country's biggest cities, according to a new study.

San Diego's cost of living ranked 64th out of the study's 75 most populous U.S. cities, according to Move.org. Average monthly costs in America's Finest City came in at about $2,665, the study revealed.

In San Diego, prices were broken down by rent for a one-bedroom apartment, utilities, internet, gasoline, and groceries for one month:

Prices were pulled from Numbeo's updated estimates in June 2019.

In comparison, rent for a one-bedroom apartment in El Paso costs an estimated $658.53 a month.

The full study can be read online here.