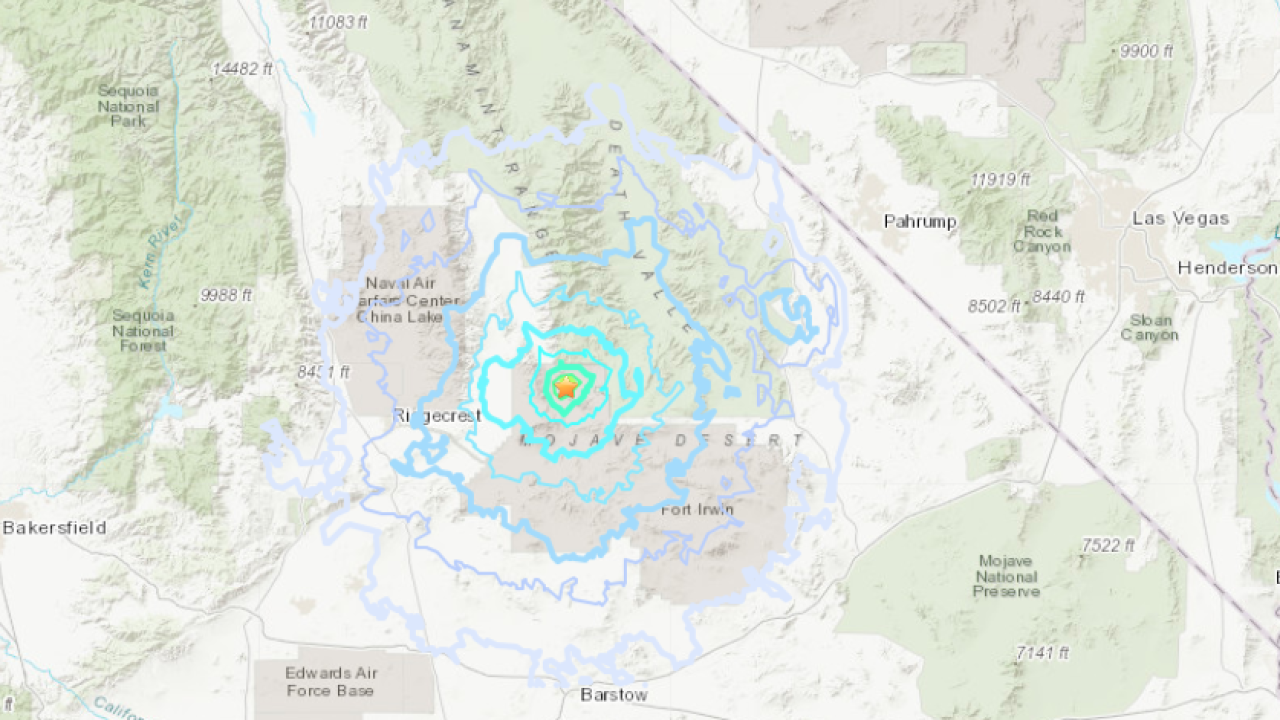 The quake was recorded at 1:40 p.m. in Trona, Calif., according to the US Geological Survey, and could be felt as far east as Las Vegas and as far west as Los Angeles. The earthquake had a depth of less than half a mile just north of Barstow.

A 3.7-magnitude aftershock was recorded in the same area within the next hour.

Sal Romo at Esparza family restaurant in Trona told 10News they definitely felt shaking but there wasn't any damage. Normally when they get quakes it's from Naval Air Weapons Station China Lake in Ridgecrest due to bombs going off or planes, he added.

No damages or injuries were immediately reported.