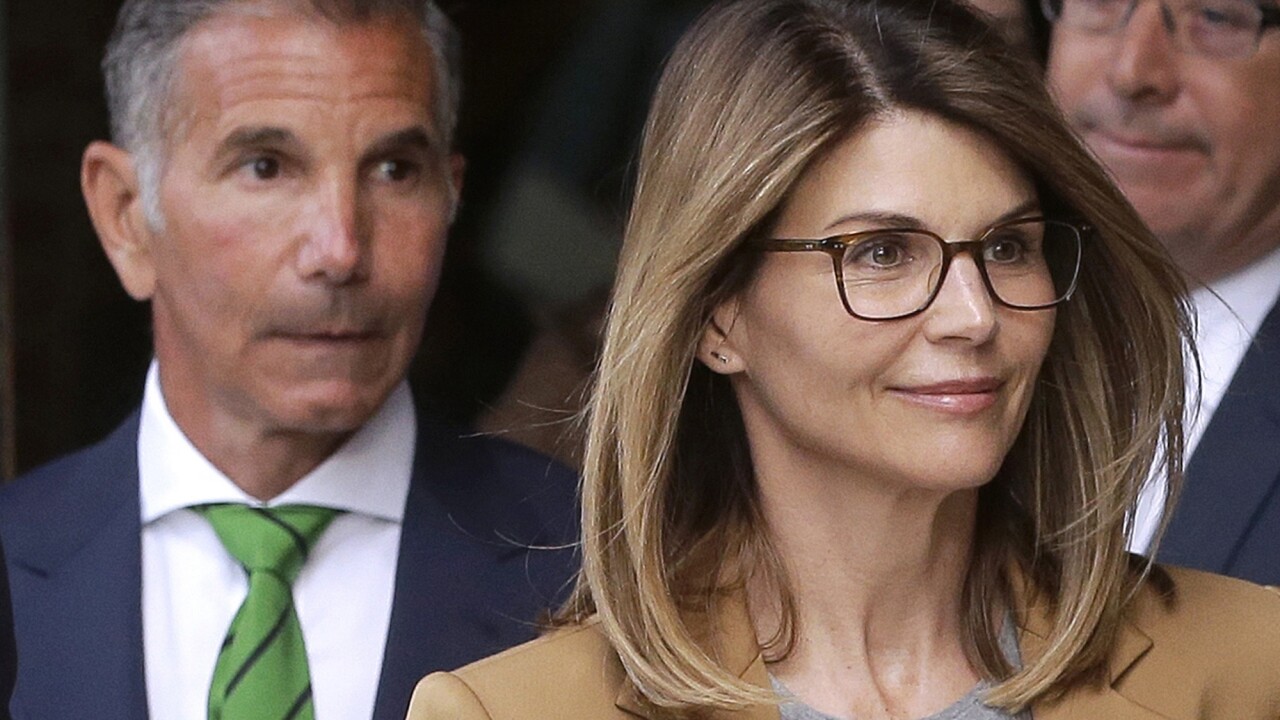 Copyright 2019 The Associated Press. All rights reserved
Steven Senne/AP
FILE - In this April 3, 2019, file photo, actress Lori Loughlin, front, and her husband, clothing designer Mossimo Giannulli, left, depart federal court in Boston after facing charges in a nationwide college admissions bribery scandal. The couple mounted a defense after being accused of paying $500,000 to get their two daughters into the University of Southern California as recruits to the crew team, even though neither participated in the sport. (AP Photo/Steven Senne, File)

(AP) — “Full House” star Lori Loughlin and her fashion designer husband, Mossimo Giannulli, have pleaded guilty to paying half a million dollars to get their two daughters into the University of Southern California.

But the judge said Friday at their video hearing that he will decide whether to accept their plea deals after considering a presentencing report. Sentencing was set for Aug. 21.

Loughlin and Giannulli were accused of paying $500,000 in bribes to get their daughters into the University of Southern California as fake crew team recruits.

Their decision comes about two weeks after the judge rejected their bid to dismiss the case over allegations of misconduct by federal authorities.

Meanwhile, prosecutors say a 54th person has been charged in the investigation and will plead guilty to paying $300,000 to get his son into Georgetown University as a tennis recruit.