Woman swept away, injured by high surf in Ocean Beach 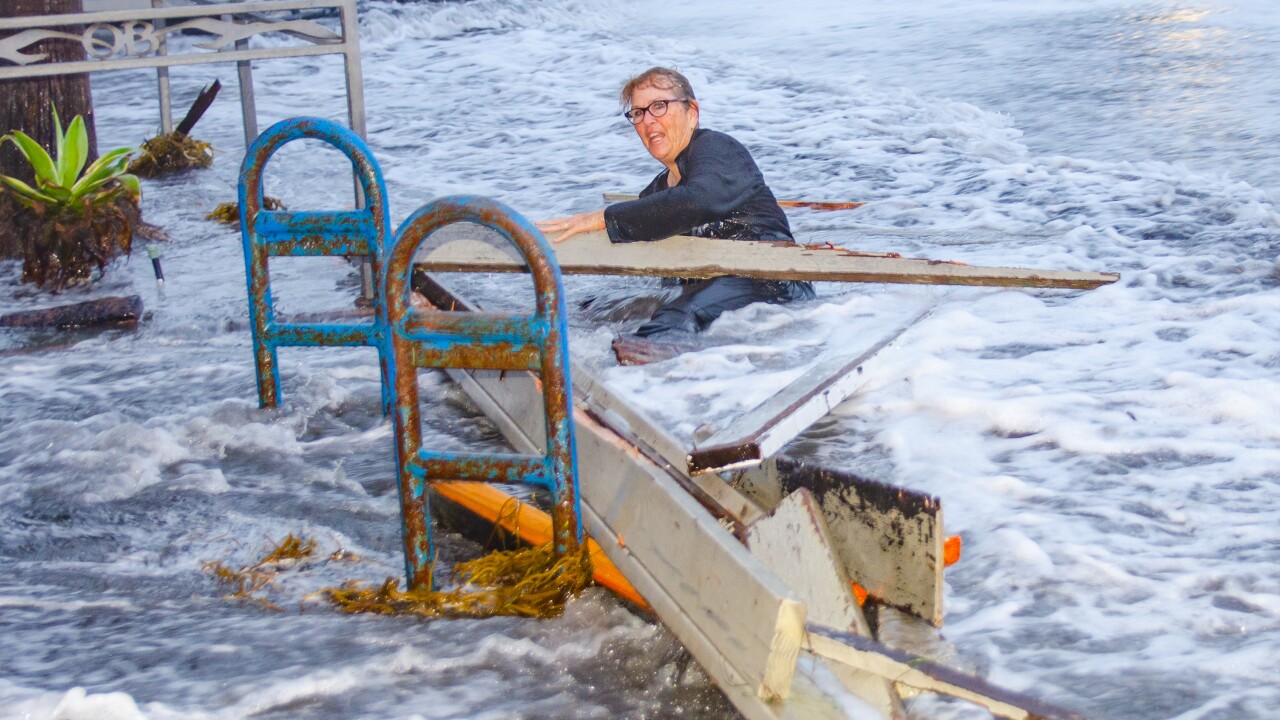 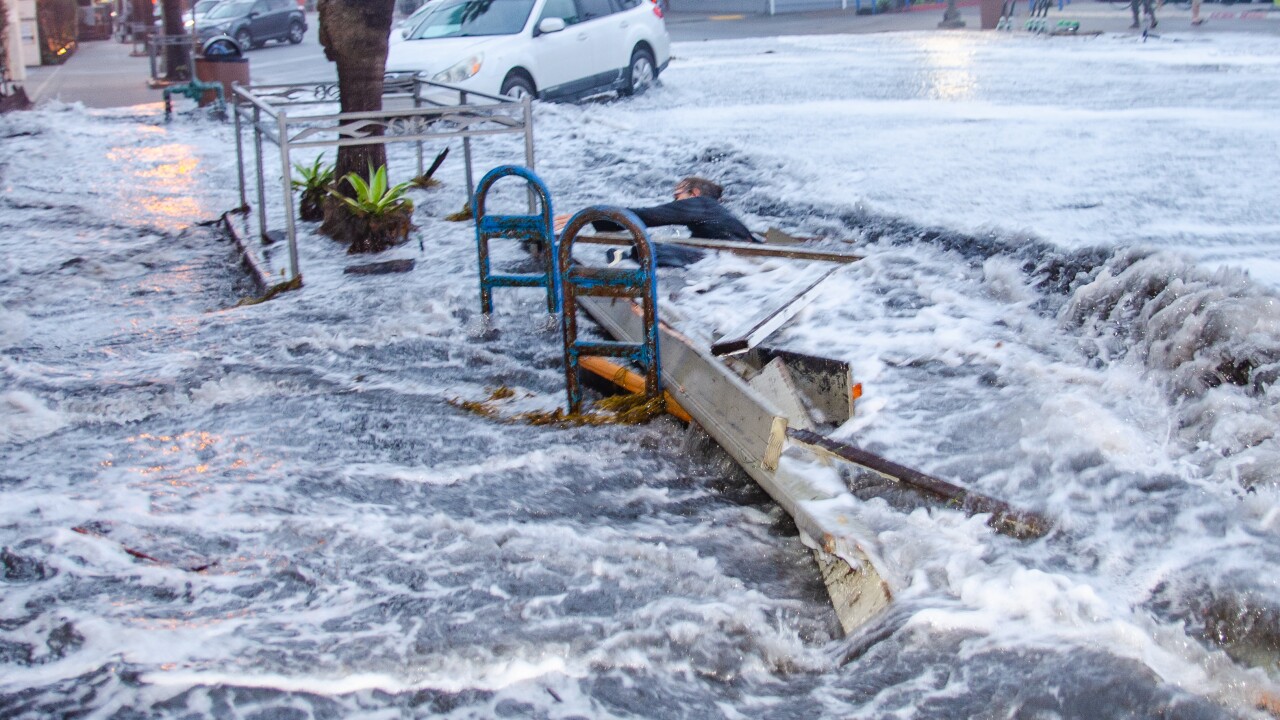 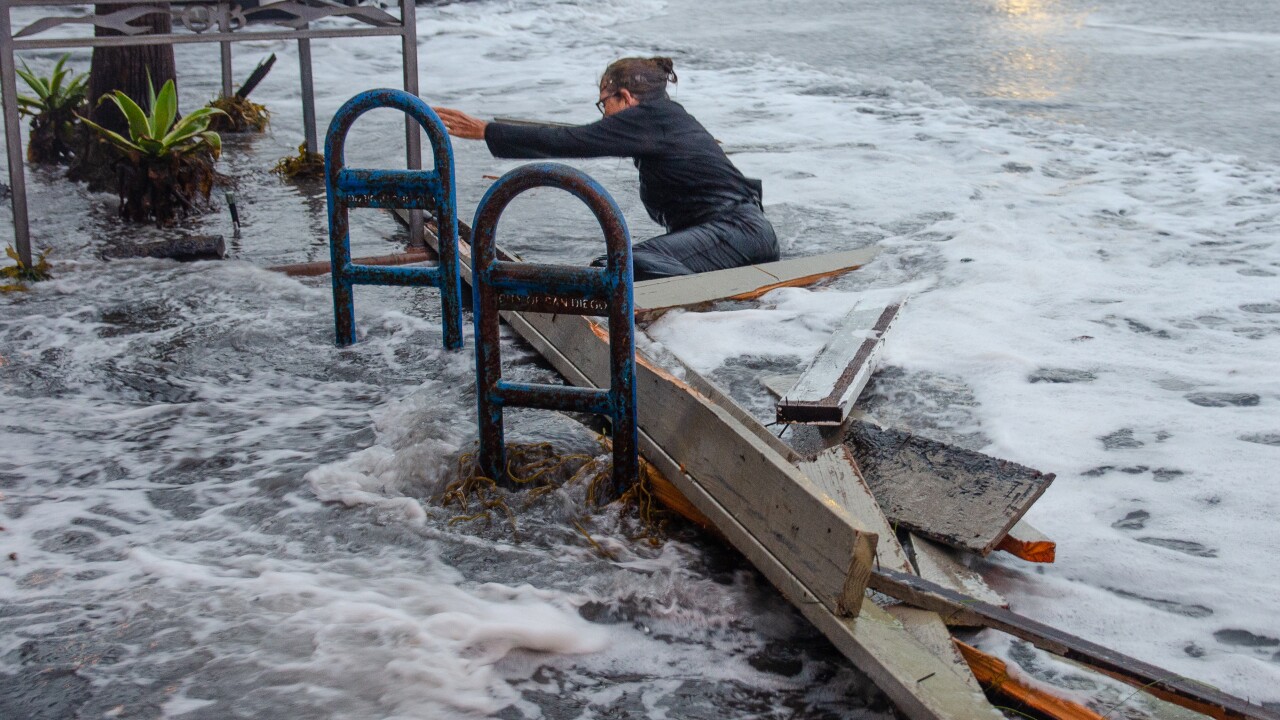 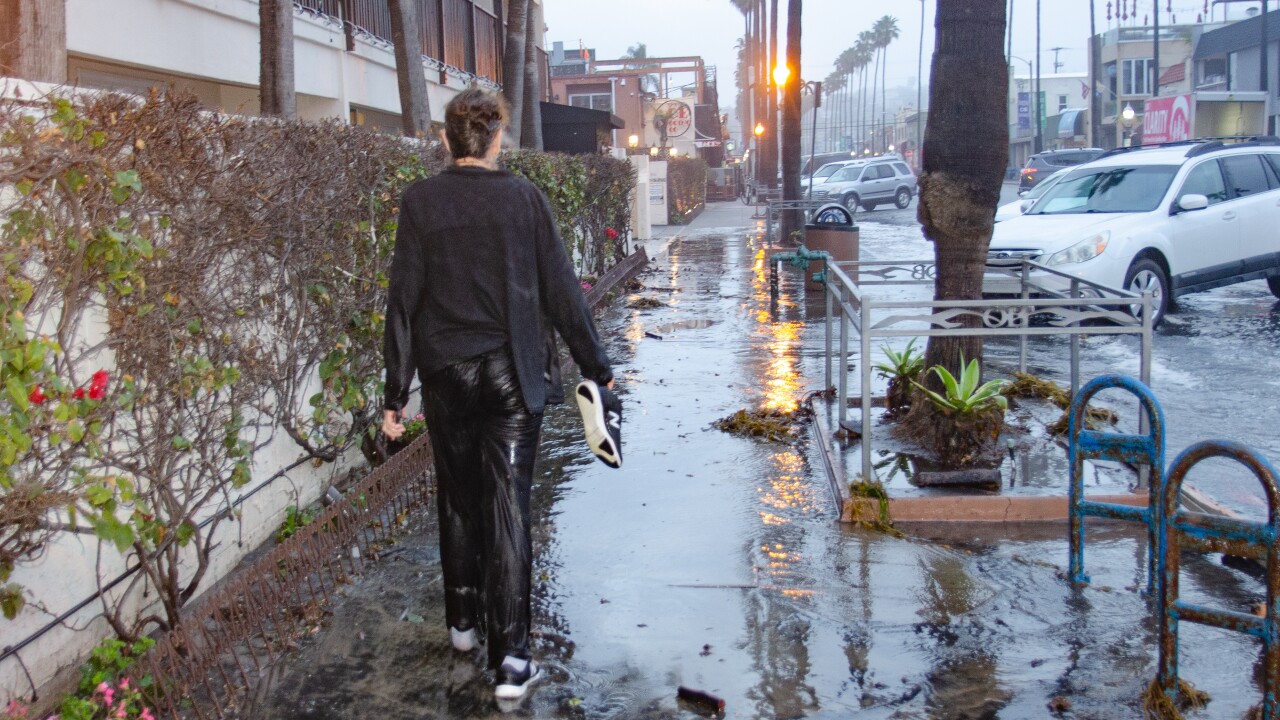 SAN DIEGO (KGTV) - A woman was injured Friday when high surf swept through a hole in the sea wall near the Ocean Beach pier, San Diego lifeguards reported.

A crowd formed to watch the waves at Newport Avenue and Abbott Street about 6:45 a.m. At one point, the surf broke through a six-foot gap in the wall, traveling roughly 300 yards up the road.

The injured woman and at least two other people who were in the area were swept off their feet, witnesses told 10News reporter Jim Patton. She was hit by wood and other debris, and suffered a cut to her forehead.

Jim Grant captured photographs of the woman as she was knocked over. She stood up and walked away, her clothes drenched by the sea water.

“This big set came in, and I backpedaled. All of a sudden the water came over the wall and everyone started to run. I’m running, and she runs. When she gets across the street, she gets taken out. Her feet just come out from underneath her," said Grant.

When the woman finally regained her footing, Grant noticed she was injured.

“I told her that she had a cut on her forehead and told her she was also bleeding. She had a cut at the hairline, “ remembered Grant.

She told him a piece of wood that washed up from the pier hit her in the head.

"I've never seen anything close to this," said longtime Ocean Beach resident Rick Neill. He said he's seen the area flood before, but Friday was different.

"Nothing like this. Not this kind of volume that made it all the way up here over the wall and onto the street here."

Lifeguards and San Diego Police closed Newton and Abbott streets to traffic and put caution tape in place to keep people back from the sea wall.

Some bystanders stepped in to help with the clean-up, gathering the wood planks into a pile.

'"You see where it all fell off. And it's all washing up so I'm trying to collect it and put it where I can," said Michael Shiflett who identifies himself as one of the homeless in the area.

Shiflett said his efforts left him with a cut from an exposed nail.

"I done got cut once," he said fluffing it off. "I had a tetnus shot."

The high surf advisory remains in effect this weekend.