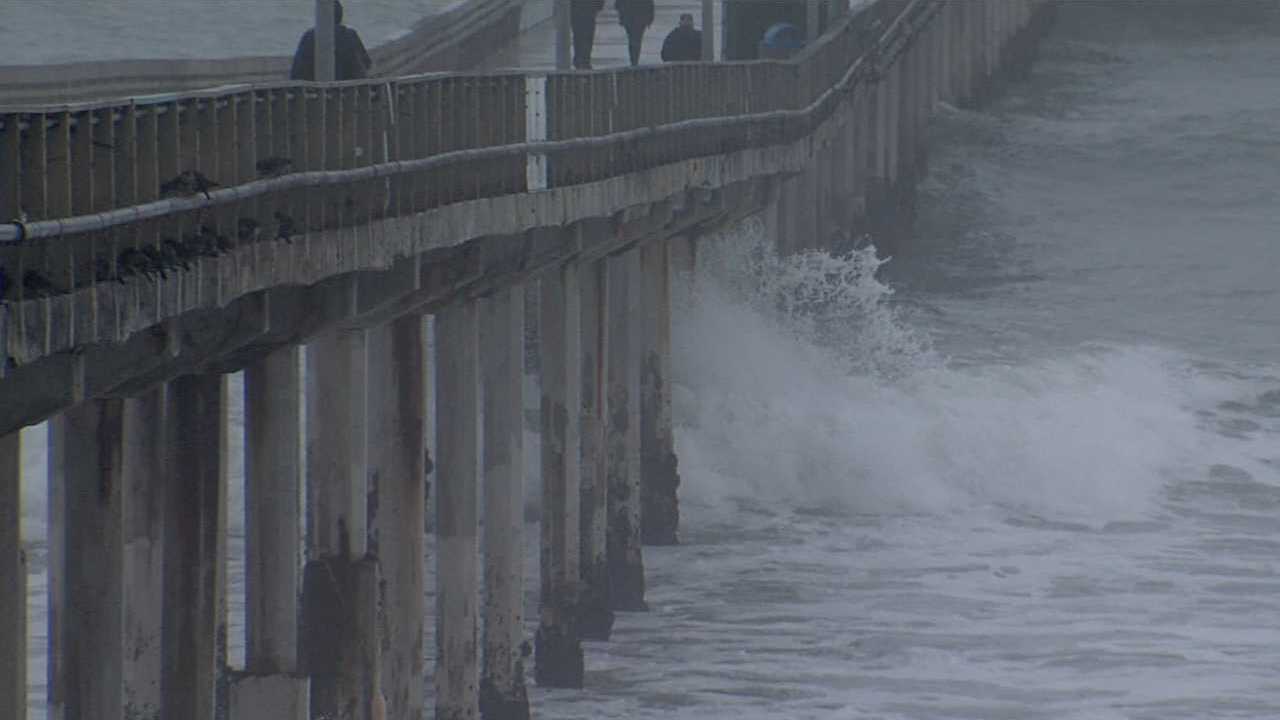 Officials have closed Ocean Beach Pier due to the anticipated high waves.

On Thursday, some onlookers came to see the high surf.

Some people visiting on vacation were disappointed by the rain but enjoyed seeing the massive waves.

10News talked to one person who grew up in San Diego and is visiting from Oregon. He said he likes to watch the waves, but not get in the water.

“I like to see the rain coming in. It’s awesome when it comes in with a big surf. You just got to be careful,” said John Jessup.

The high surf will continue until early Saturday morning.

There aren’t many surfers in the water and no injuries due to the swift current.

Remember dangerous rip currents are a factor when waves reach this high.

No word on when the pier will reopen.