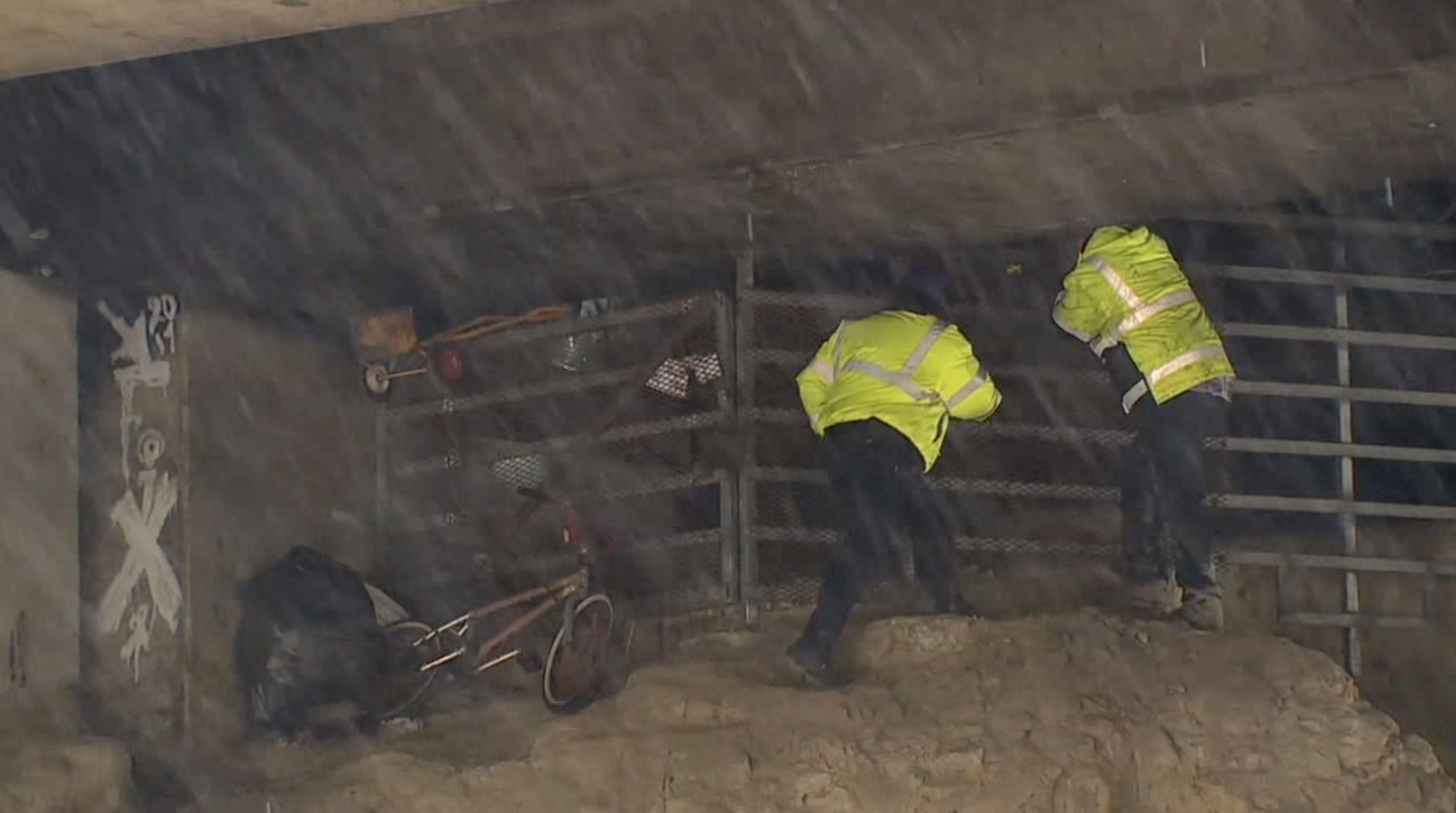 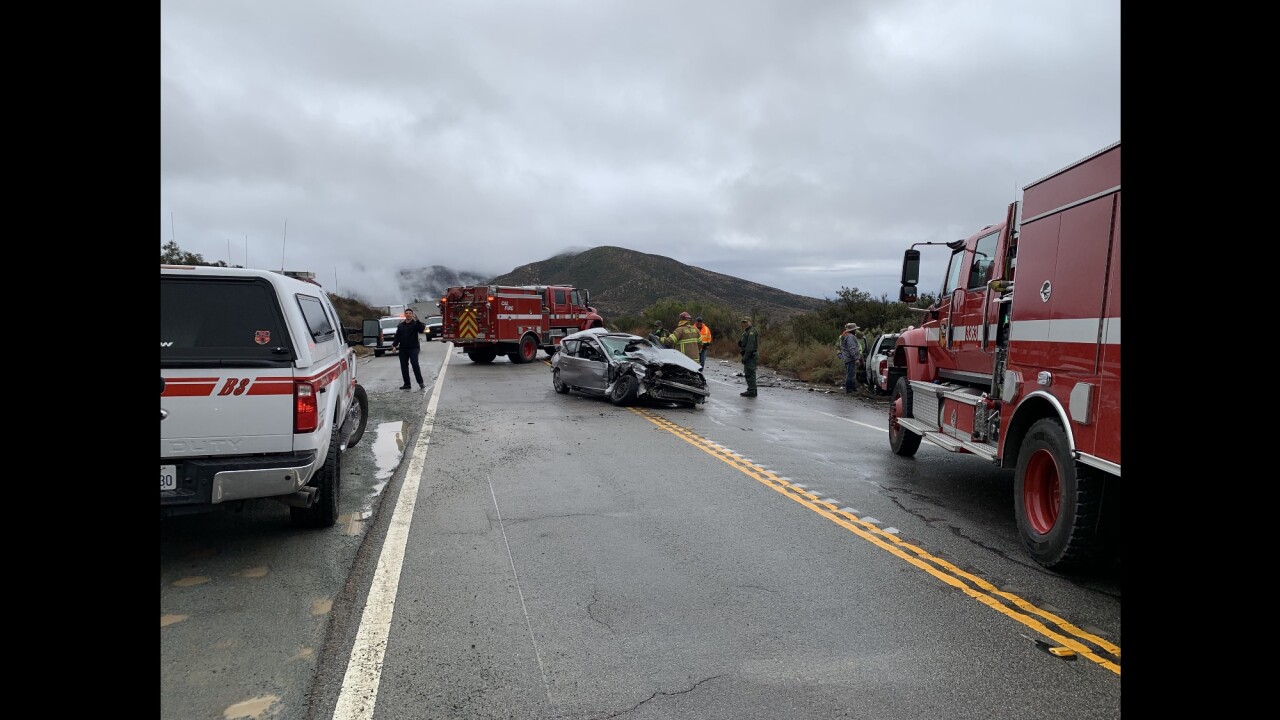 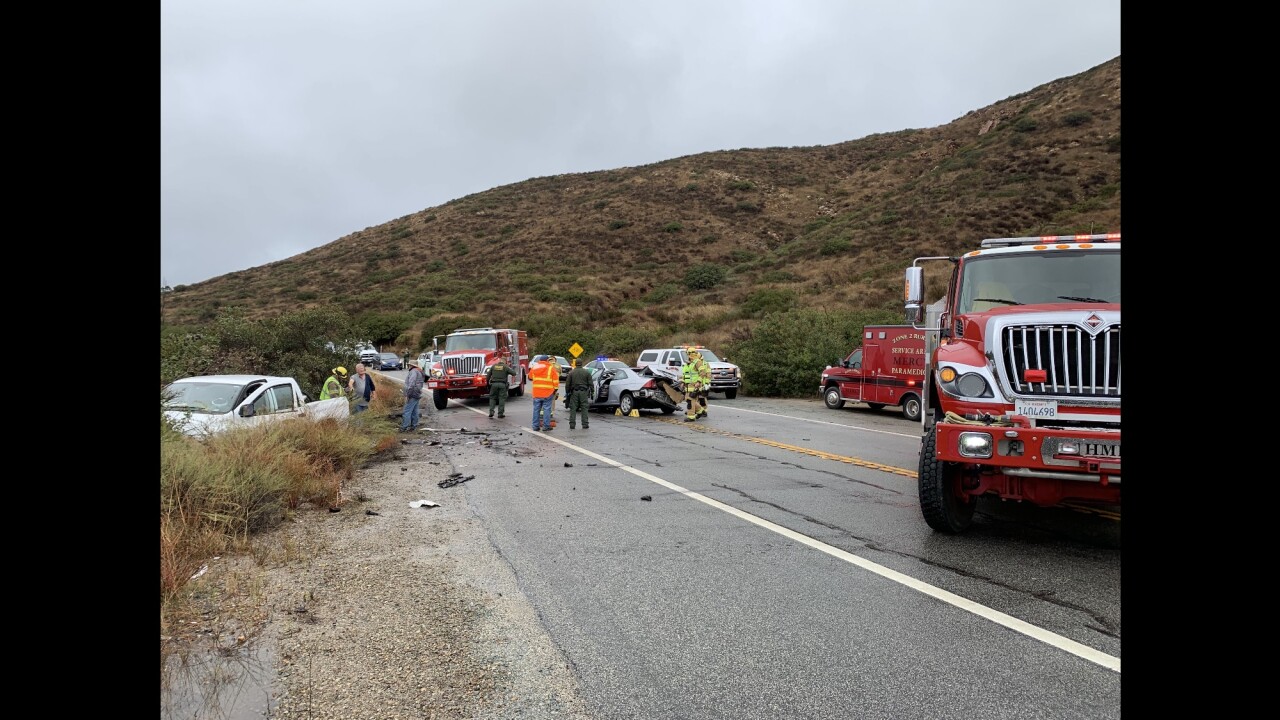 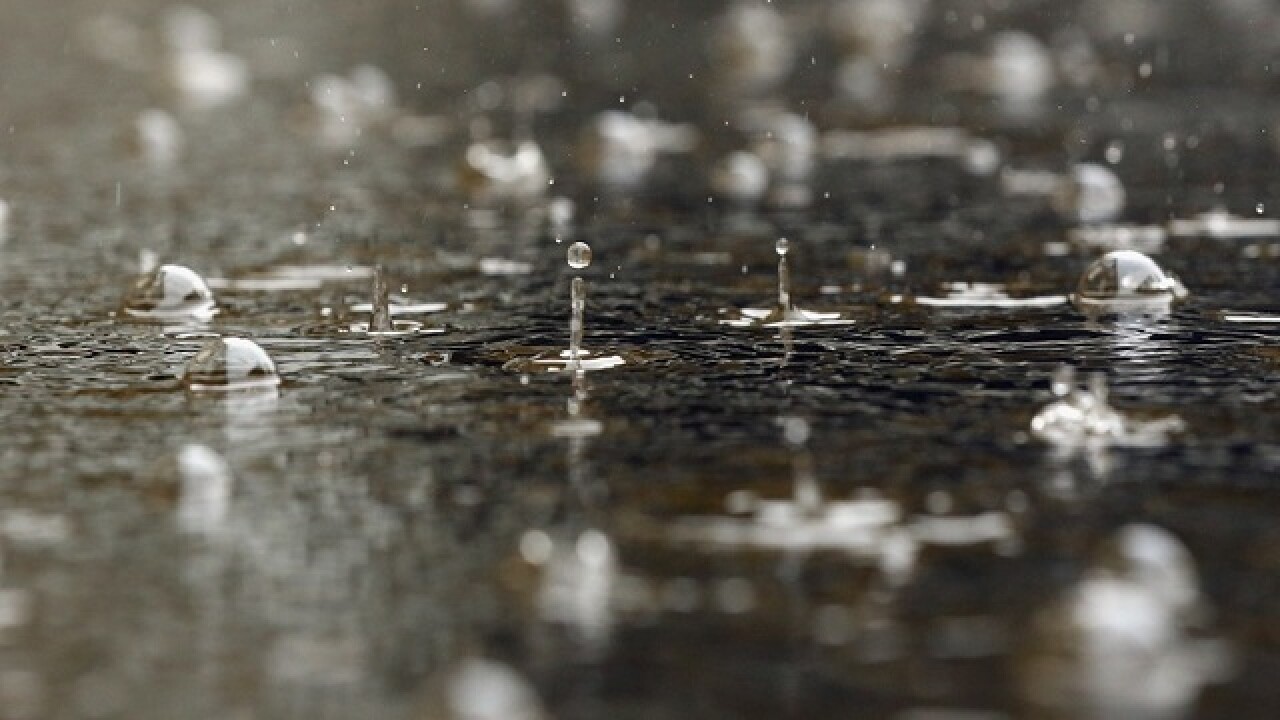 SAN DIEGO (KGTV) -- Steady rain greeted San Diego County Wednesday, making for a soggy morning commute and prompting a warning to the public to beware of potential flash flooding in some parts of the region through the day.

Due to the heavy rainfall, the National Weather Service issued a Flash Flood Warning that took effect 6 a.m. and is expected to last through Wednesday afternoon in the coastal and inland valley areas as well as the mountains.

10News Meteorologist Megan Parry says the storm will include stretches of widespread rain, possible thunderstorm and strong winds. Megan’s forecast calls for the brunt of the heavy rain will fall through 2 p.m., likely affecting the start of the evening commute.

The rain contributed to crashes around San Diego County. In remote East County, a head-on collision injured three people on SR-94 in Dulzura. The patients were taken to the hospital with mild to moderate injuries, Cal Fire reported.

Roads were also closed due to flooding, including known trouble spots such as Avenida del Rio in Fashion Valley and Sylvia Street in Encinitas.

Part of the hillside supporting the Washington St. overpass above Sixth Avenue collapsed onto the road Wednesday morning. City crews quickly responded to remove mud and debris from the street, which serves as a busy exit from SR-163.

RELATED: Multi-vehicle crash on I-5 leaves at least one person dead

The rain also forced SeaWorld San Diego to close its park for the day. Park officials said they plan to reopen at 11 a.m. Thursday.

With the rain comes warnings about localized flooding. At 8:30 a.m., the NWS issued a Flood Advisory for southwestern San Diego County. According to the NWS: "Some locations that will likely experience flooding include Chula Vista, Oceanside, Carlsbad, Temecula, El Cajon, Vista, Encinitas, National City, La Mesa and Poway.

"Urban areas in the coastal and valley zones will see some street flooding where rain rates may briefly reach 0.40 inches per hour in the morning," according to the NWS. "Runoff in the mountains may also be enhanced when factoring in snow melt."

Snow levels will drop to 6,000 feet by Wednesday night.

Winds along mountain ridgetops will gust to between 30-40 mph Wednesday, NWS forecasters said.

High temperatures Wednesday could reach 63 degrees near the coast and inland, 61 in the western valleys, 59 near the foothills, 55 in the mountains and 60 in the deserts.

According to Megan’s forecast, the stormy conditions will taper off later Wednesday evening, with dry and sunny conditions -- but lower-than-normal temperatures -- expected Thursday and Friday.

However, San Diego won’t get a long enough break from the rain, as another storm -- albeit a weaker one -- is expected to hit the region over the weekend.